Home
Television
Will We Ever See a Jessica Jones Season 3? 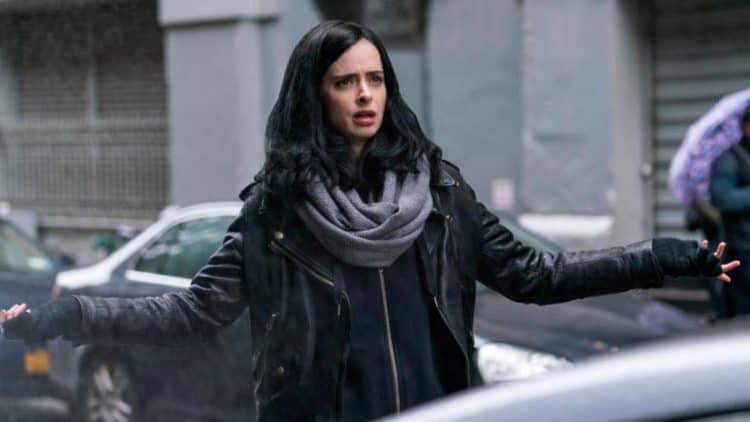 Recent months haven’t been the best time for Jessica Jones fans. This is because the show was cancelled in February of 2019, which was expected but still came as something of a shock for a lot of people. In short, what happened is that the once-strong relationship between Netflix and Marvel Comics has come to a conclusion. Previously, media companies were content to make their content available to interested individuals through streaming service providers, thus making for a number of partnerships between such companies. In the present time, media companies have either launched or are planning to launch their own streaming services, meaning that they are now competitors with the companies that they once teamed up with. The relationship between Netflix and Marvel Comics was no exception to this rule, meaning that realistically speaking, there was no chance for either Jessica Jones or the rest of its shared setting to survive Disney’s entrance into the video streaming business.

Some people have claimed that the two sides could have continued making Jessica Jones if they wanted to. This is true but there were other reasons for Netflix to cancel the show as well. For instance, Jessica Jones isn’t the cheapest show to make, not least because Netflix has to pay a sizable sum as a licensing fee for each season of the show. Combined with the fact that there has been a fall in viewer interest, the benefit-cost ratio means that it isn’t worth it, particularly since Netflix has no real investment in the success of the property because it has no ownership stake in it. On top of this, it should be mentioned that the showrunner for Jessica Jones has departed, meaning that the search for a suitable replacement would have been one more obstacle if Netflix had decided to stick with the show anyways.

Under these circumstances, it is no wonder that Netflix made the choice to cancel Jessica Jones. However, while the other Marvel Comics shows won’t be receiving further episodes on Netflix, Jessica Jones is an exception in that it will be receiving one last season to provide interested individuals with some measure of closure.

What Do We Know About Season 3 of Jessica Jones?

Unfortunately, we know very little about Season 3 of Jessica Jones. However, very little is more than nothing at all, meaning that interested individuals do have some pieces of information that can provide fodder for further discussion.

For starters, we know that the main cast members of Jessica Jones are expected to make a return to the show for Season 3. For example, Krysten Ritter is still Jessica Jones, Rachael Taylor is still Trish Walker, and so on and so forth. Some people might be curious about whether Luke Cage or other characters from the other Marvel Comics shows will be making an appearance. However, that seems rather improbable to say the least. After all, filming for the season is supposed to have finished up in June of 2018, meaning that it wouldn’t be possible to add them in unless they were already supposed to make an appearance in the season before the cancellations came in. As such, interested individuals should expect Jessica Jones and nothing but Jessica Jones rather than a send-off for the Marvel Comics shows, which isn’t exactly a bad thing.

Story-wise, we know nothing of real note. Some people have speculated about some kind of confrontation between Jessica and Trish because of Trish shooting Jessica’s mother Alisa in Season 2, particularly since Trish was based on a superhero in the comic books. However, that is just speculation, meaning that it is premature to assume that Trish will be taking on such a role in the upcoming season. Other than this, we know nothing about which supervillains will be showing up as well as how they will be showing up, though that hasn’t stopped some interested individuals from speculating on the matter.

In any case, the fundamental problem with talking too much about Season 3 of Jessica Jones at this point in time is that there aren’t any concrete pieces of information that can be used as a basis for further speculation. Sure, a teaser has been released that confirms the existence of the season, but when it comes to content, there has been nothing. Fortunately, that particular problem shouldn’t persist too long, seeing as how interested individuals are expecting a trailer to come out at some point in the next few weeks. When that happens, there will be plenty more to look at, mull over, and then talk about.

On a final note, some people might be curious about whether these Marvel Comics shows will see a revival of some kind, which isn’t as far-fetched as it might sound on initial consideration.

After all, Disney is making a serious effort to make sure that its streaming service will be a success, which in turn, means that it is pouring considerable resources into making more Marvel Comics content available to interested individuals through it as well as other avenues. As such, it would make sense for it to attempt to revive these Marvel Comics shows that have already managed to build up fan bases for themselves, thus enabling it to leapfrog some of the serious issues that can plague new shows. Moreover, it should be mentioned that Disney has issued a statement that contained a couple of important implications. One, it implied that Netflix was the side that chose to cancel the shows. Two, it implied that the stories of those characters might continue in some fashion at some later point in time.

Of course, if there isn’t enough information to support much speculation about Season 3 of Jessica Jones, it should come as no surprise to learn that there is even less information that can be used to support speculation about a potential revival. As a result, it might be best for interested individuals to maintain hope without believing it to be a certainty until more news comes out in the times ahead.