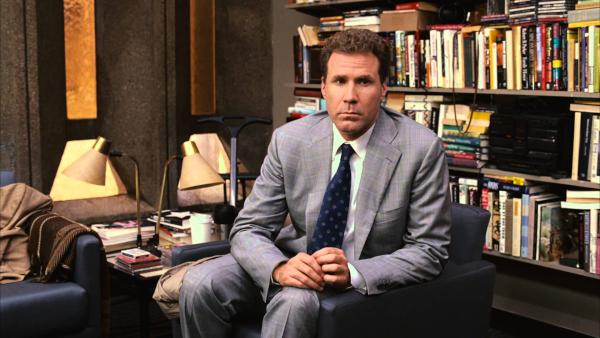 What would you do if one day you woke up and heard a voice inside your head? Unlike many other Stranger than Fiction‘s premise is that Harold can hear the voice of the woman narrating his story, not just imaginary voices that are telling him to do things. He actually hears what’s going on in his own day as she’s writing it down, and then he acts accordingly without knowing what he’s doing. To put it another way, Harold knows what he’s doing, but he can’t seem to reconcile that someone is writing it before he actually does it. The illusion of control over his life is shattered when he starts to hear her voice, and despite the fact that it breaks through her writer’s block it is still a story that Harold can’t help but dislike since his life is nothing but a very lonely sequence of events and is bound to stay that way until he meets up with the narrator and pleads his case when she decides to kill him. For many authors this is either planned ahead or becomes a much more necessary act when the characters in question are not giving anything to the story and aren’t worth continuing onward with. It might seem a callous and very cold thing to do even to an imaginary character, but it would be even worse if one of your creations had a life of their own.

The story itself is a lot more interesting than the character, but it’s easy to focus on Ferrell largely because he IS the focus of the story.

10. It’s not an outrageous comedy.

Don’t get it twisted, it is funny in some ways but it’s not the same out of control comedy that Ferrell’s been in when it comes to his past movies. He’s not being allowed to go completely off the rails and act like a maniac this time. Of course within the story a lot of people probably think that he’s a little off balance when he starts trying to talk to a voice that no one else can hear. That kind of affirms that everyone else is secondary however and that he’s the main focus and therefore one of the most important people in the film.

Ferrell usually does best when he has a solid number of supporting actors alongside him to absorb parts of the film that he might not be the most proficient in. Of course he’s a good actor but there are moments when he seems a bit flat in his movies and needs someone to bolster him in order to get through a scene.

It’s not his first time being a lead but it is one of the first times that he’s actually doing a really good job without having to lean on the rest of the cast for support. Say what you want about Ferrell, but the reality is that carrying a movie all by himself is not his forte and quite often he needs someone to make his role seem a little more solid. This time however he seems to stand on his own fairly well even with a great cast.

7. He still gets to be himself.

What this means is that he gets to be a bit loud at times and kind of goofy but not so much that he seems over the top every other second. Some people like that over the top Ferrell that does pretty much whatever he wants. But it wouldn’t work in this movie.

6. It’s a story that authors can probably relate to.

Every writer no matter how old or how young has experienced those moments when they simply can’t write to save themselves. The story is there but the words to build the structure around it so that there’s a tangible description just won’t come sometimes. Writer’s Block is a very nasty name for a condition that comes and goes for those with the gift of putting words together for the sake of a story.

5. It’s also a story that many people can, in some way, relate to.

A lot of people have felt at times that their life is being manipulated by something or someone they can’t see and can’t possibly understand. While this is mostly metaphorical in reality the movie brings this feeling out quite easily.

4. It’s about learning to appreciate life.

In life it becomes very easy to fall into a rut and stay there for an indeterminate amount of time. Once you build up a routine and stick to it for so long you forget what else life has to offer and therefore forget how to appreciate anything. 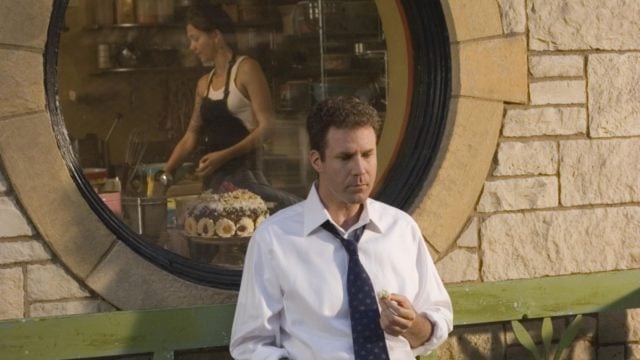 3. The existential nature of the film is amazing.

The fun part about this film is that the narrator/author is dictating what happens to a real person. But if you realize that your life is being run by an unseen force than how can you possibly be a real person? The many questions raised in this film are simply fantastic.

Emma Thompson, Will Ferrell, Dustin Hoffman, Maggie Gylenhaal and Queen Latifah are the biggest names in the film and they couldn’t get much bigger for a film that many know about but not many have watched.

1. There’s a connection between the author and her subject.

You might say that of course there’s a connection between any author and their subject. But this is a little different since this author and subject exist in the same world.

Everyone should see this film at least once.