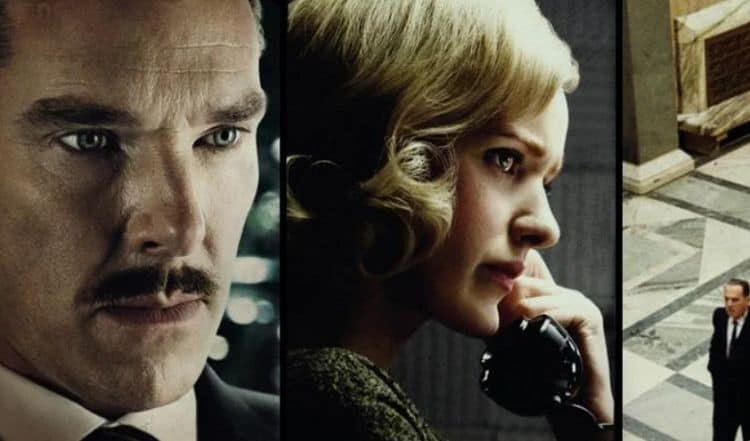 Some people love spy movies and others not so much for their own reasons, but the thing about The Courier is that it’s not going to be the James Bond type of movie that a lot of people have been interested in for so long or even the Tinker Tailor Soldier Spy type either. Instead, it will follow the true story of Greville Wynne, a regular businessman that was drafted into the Cold War crisis due to the fact that he had business contacts in Moscow and was able to slip in and out of the place virtually unnoticed. As one can guess though, taking on a spying mission when one has no prior knowledge or training for such a position isn’t bound to be something that’s simple or even remotely appealing since it could mean a very swift or painful death depending on what type of information is being delivered to one’s handlers. The Cold War era was a difficult time for a lot of people since agencies were doing their best to keep things from escalating to nuclear war and the world was on high alert as people waited to see just what was going to happen. A lot of those that were alive during this period of time can probably still remember what it was like to have to wonder just whether or not the world was going to erupt in a fiery inferno at the touch of a button. But those that were on the ground trying to diffuse the situation by carrying information back and forth were largely forgotten at times since their job was one that, by necessity, didn’t get a lot of attention.

Just from watching the trailer, it feels that this movie might deviate in a few ways from the real story, much as any movie based on a true story does, largely because history is an imperfect vehicle by which to convey a tale. The different perspectives that exist to tell a single story are plentiful and as a result, we’ll likely get a story that was told from one point of view without the benefit of knowing just what the stark reality of the situation was. One can easily guess that the actual courier was a nervous wreck at times since not only was he being asked to carry highly sensitive information, he was likely dealing with the very real possibility that he would be killed if said information reached the wrong person or if he slipped up somewhere and was discovered to be working as a courier for a government agency. That kind of stress would likely ruin a lot of people since it would weigh so heavily on a person’s mind that one could easily think that many people might not survive the ordeal. Benedict Cumberbatch has been showing a great aptitude for movies such as this over the years, however, and he’s one big reason why this movie is bound to be worth a look.

Movies such as this provide a look back in time when things such as the Cold War were still a very big reality and people were still rightly scared of what might happen should the world’s superpowers start settling their differences by pushing buttons. But beneath that, below the bluster and bravado, the world was moving in a very different manner since the undercurrents of any war are bound to be important and at times very overlooked. Thinking that this movie is going to be a pulse-pounding thrill ride would be wrong no doubt since it’s bound to be shown with a lot more detail and enough hidden pieces that people might need to watch it more than once in order to make sure that they’re getting everything and that they didn’t miss some crucial detail that could end up telling the story in a very different way. A lot of movies having to do with espionage of any sort tend to have different ways of taking the main content that can appear different to many people, no matter if the content is straightforward and meant to be taken in one certain way. But one plus is that Benedict Cumberbatch is the right kind of guy for a movie such as this since he’s shown over the years that he can switch gears now and then from being the ultra-serious and humorless type of character to someone with a great deal of wit and confidence that comes through in a big way.

The character he plays in this movie feels as though he’ll need to be a combination of the two, as he’s someone that isn’t fully involved with any agency but has still been recruited to be their courier in order to help them gain the needed intelligence that will help their nation.