Home
Movies
Action
Why Wanted was a Self-Defeating Movie 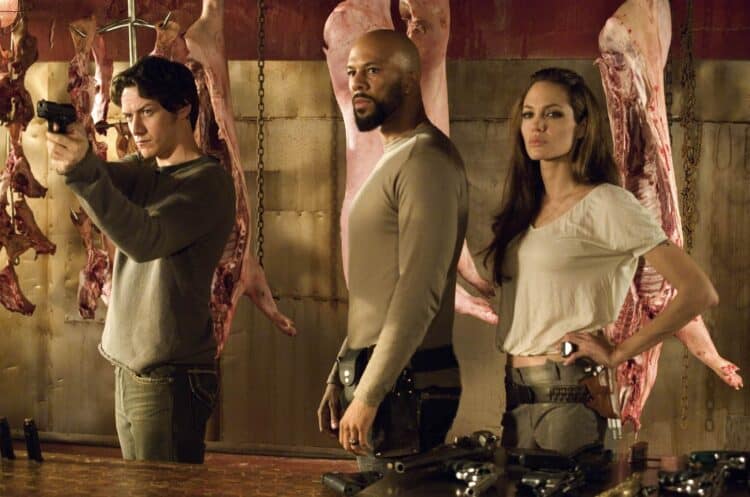 Some movies defeat themselves before there’s even a chance to consider a sequel, and then some try to keep the hope alive that a sequel might come along, even if the sense of it would be bound to fail eventually since the main idea would be bound to repeat itself or would unravel as soon as it was revealed. Wanted came out of the gate as the type of movie that was going to be action-packed and impressive, but had a lot of explaining to do since it dealt with a subject that went deeper than the idea of killing people because fate demanded it. To be certain, the loom that decided the fate of every person they killed was cool to start with since it implied that there was a higher force at work, even if it didn’t give off the same vibes as Assassin’s Creed. This movie tended to rely too much on things that aren’t physically possible since the ‘bending bullets’ idea was one of the more prominent techniques used in the movie.

It’s tough to argue against a movie that has this kind of action since it comes off as something that one can enjoy if they don’t think too hard. But when digging into it just a bit the movie starts to fall apart since it cannibalizes itself until by the end one can see that a sequel would follow the same track as Wesley, played by James McAvoy, would have taken the part of Sloan, played by Morgan Freeman, but with a twist. Wesley wouldn’t be seeking to manipulate the system as Sloan did, but somehow this still feels as though it would continue the cycle of self-destruction that eventually became the downfall of the Fraternity. The whole ‘kill one to save a thousand’ idea is a thought that makes sense from a practical standpoint, but at the same time, it starts to make less and less sense the more one says it, especially from a storytelling point of view there are many ways to twist this to one’s intended use, kind of like the loom.

This is a story that continues to fold in upon itself and become a self-defeating idea that might have options of breaking free and becoming something greater, or something a bit simpler and not nearly as ambitious, but this feels unlikely to happen since scaling down this story also feels as though it wouldn’t be possible to keep the attention of the audience. One big problem with this movie is that to make it work, it would require a break from its own pattern. But once again, stepping too far away from the main point would be a bad idea since it would create something that fans might not recognize. Wanted is the type of movie that could have gone forward without too much trouble had it not collapsed in upon itself near the end. The manipulation of the Loom of Fate is a nice twist, but at the same time, it takes the fabric of the story and rips it to pieces, which wouldn’t be that bad save for one fact: the other fraternities needed to be given a stronger mention.

Had the other four fraternities in the comics been mentioned and even developed just a bit, then the end of the movie wouldn’t have made it feel as though things had suddenly been cast into the void, with the great uncertainty being what Wesley was going to do now. Even if people knew about the other fraternities, there wasn’t enough focus on them to make a solid point that Wesley would be going after them next, or that there might be other individuals that felt like he did. This movie focused so heavily on the fight between Wesley and the Fraternity that it gave the movie the feeling that while the fight might be over by the time the credits roll, there was still no firm direction to follow and no solid idea of where things were going to go after Wesley killed Sloan. The argument is that of course, he would continue to target other assassins if they agreed with Sloan since the corruption of the fraternities would be something that Wesley wouldn’t tolerate.

To be fair, this was a fun movie and it did end up doing well enough that a sequel was in the works. But the fact is that the second script needed a lot of work and as of 2019 was placed on the back burner, which is a nice way of saying it’s in development hell and has to struggle to find a way out. Whether it’s going to happen or not is tough to say, but unless the writers can find a way out of the self-destructing spiral that this story is bound to follow, it might be best to think that the first movie was the best and only movie that was needed.