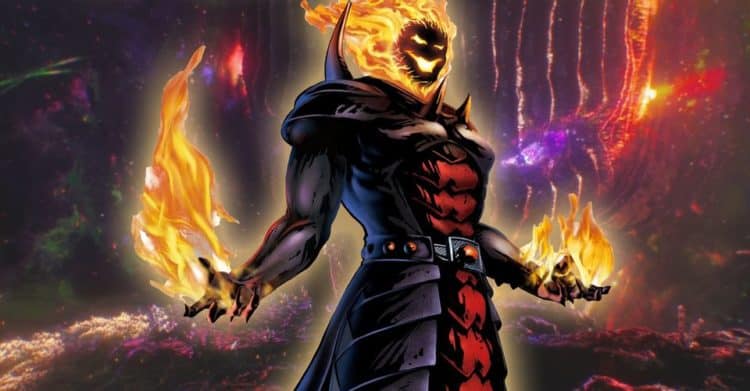 On a good day, Earths mightiest heroes have a wacky lousy guy who turns out to have a moral compass and ends up destroying himself rather than a whole block of apartments. However, the worst-case scenario happens at other times, and the casualties left in the wake of such villains are immeasurable. Having a love-hate relationship with most of these villains is warranted. Most of them kill for the joy it brings them, and some see killing as a means to an end. Here are 10 of the biggest and the baddest villains and their kill counts.

“I may have the face of an angel, but I sure as hell ain’t one.” A personal favorite of mine, and some would argue a not-so-bad guy, Yondu comes in at 201 confirmed kills. When we first meet Yondu, it’s apparent that he is not scared of anyone and will kill if he needs to as he leads a faction of the ravagers. Most of his kills are perpetuated by his Yaka arrow while on Ronan’s ship against the ravagers that defected against him and took Taserface’s side. Even though his kill count isn’t that high, seeing him whistle and bad guys fall from his arrow piercing them is always such a delight.

He may look like a skull without wearing his mask. However, this German nazi genius is fearsome for worse reasons. Long before he headed Hydra and killed people from the comfort of his red-lined office, he worked under Hitler as his second hand. With a kill count of 60, which includes nazi soldiers and allied troops, Red Skull proves that you don’t always have to be the best looking in the room to be the cruelest.

The god of mischief is everyone’s favorite good and bad guy. From disguising himself as Odin to opening up the portal to New York for Thanos army, Loki is no stranger to leaving casualties in his wake. His kill count is 336, including four frost giants in Thor, 80 people in New York in 2 days, and countless others in his battle against the avengers.

“Keep your friends rich and enemies rich and wait to find out which is which.” Ultron is a self-serving android who thinks he knows what’s best for the world. That’s after he disagrees with Tony and their clash with the avengers in Sakovia. He has an estimated 186 kills.

If there’s anyone who makes looking bad look effortlessly, it’s Ronan. Starting in the Kree as an accuser, he quickly rose to the ranks killing thousands as captain. His battles against the guardians and his quest to slaughter the Xandarians have him high up on the leader board. Ronan has an estimated 796 kills, including the nova corp, Draxs family, and the Kyln Ronan’s prisoners, proving that his purist and self-righteous views of himself know no bounds.

Killmonger is a guy so cool that he has the word kill in his name. Erick Stevens is no ordinary bad guy, seen from serving in the military under a covert black ops side where he earned his nickname Killmonger. He has a whopping kill count of 3000, which he has marks on his body in honor of his victims. Even with his complicated history with the Wakandan people, Killmonger gets a thrill out of killing, which doesn’t come as a surprise considering his hardships since childhood.

Hela is The goddess of death and the reason why firstborns are to be respected and feared. She does not play when it comes to the history re-written by her father Odin and her rightful place as ruler of Asgard. Coming in at 3311 confirmed kills, not counting the casualties from her and Odins conquering days.

Ego is the Living Planet and one of the reasons why Peter Quill has such horrible daddy and trust issues. A celestial being in his own right, Ego has traveled all over the universe spreading his seed amongst the inhabitants in search of a favorable heir who, with his help, might be able to rule at his side. In his pursuit for an heir, Ego murders thousands of his children, and when his seeds are activated, hundreds of more civilians get killed. He has a confirmed kill count of 10 million, which isn’t that bad for a celestial being who has been around for millions of years.

No list is complete without Thanos. He is one of the people who may have coined the term, “I would like to thank myself.” If he’s not wiping out half of the galaxy, you find him tending to his nature garden while sipping a mimosa. Coming in at 5 trillion confirmed kills, and even if you discount the fact that there was restoration for half of that number, the guy has killed many people. From wiping out Xandar to killing the Asgardians, no one can beat the mad titan at this game.

One of the oldest sentient beings in the universe and ruler of the dark universe, Dormammu’s kill count is a complex one. In one of his battles with Doctor Strange, he kills himself 1000 times when trapped in the laters time loop. Even though his kill count is low, centered around one person, it is still shocking.