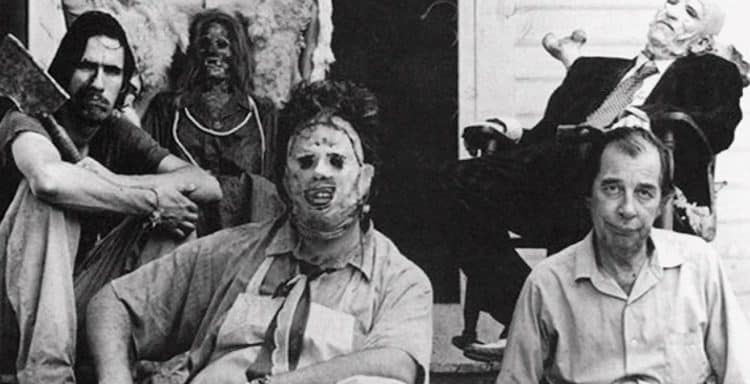 One of the most interesting aspects about the Texas Chainsaw Massacre is the family that Leatherface grows up in. Who could forget the infamous dinner scene with Sally and the family? Or even the father stealing the show in The Texas Chainsaw Massacre: The Beginning? Point is that the main reason Leatherface stands out isn’t just due to the fact that he’s a murderous chainsaw wielding brute, but his family is genuinely insane. We’ve seen the beginning of how this cannibalistic and mentally unstable killer grew up, but the one fascinating aspect about Leatherface hasn’t truly been explored, The Sawyer Family.

Yeah, we get that they’re crazy, but why are they? Even before Leatherface was born, how did this group of cannibals live so long? They’re clearly murderous prudes who have little to no disregard for human life. More importantly, they’re essentially the slasher and less intelligent version of Hannibal Lecter. Even if you hated the remakes (or just any Texas Chainsaw Massacre after the first), most of films do provide some interesting context about the Sawyer Family that has surprisingly never been turned into a feature itself. Diving into a world full of cannibals in the early 60s/70s before Leatherface even existed has the potential to make the world of Texas Chainsaw Massacre even richer. It expands the mythology of these characters and give a compelling layer to people who have been the focal point of the series, though aren’t particularly the main draw. At this point, where else can you go with Leatherface?

There’s not much story left to tell about the big man himself. Take the family out of the equation and Leatherface isn’t that interesting of a character. When you read about the blueprints of who the man is, it should create a multi-layered villain. Leatherface doesn’t kill because it’s his favorite past time. He’s afraid of the world and was brainwashed by his family that this is the way he should live his life. He’s living in a world full of psychos who only care about killing and hurting people. Here and there, various films would touch on that interesting dynamic regarding the family and Leatherface, but once he starts sawing away, it becomes a bland exercise in running, screaming, and bloody murder. The latest venture into the world of Texas Chainsaw Massacre showcases that the stories involving Leatherface have no more value in today’s landscape because this franchise has been milked dry at this point. Don’t be surprised if Leatherface goes into space or in the hood for the next feature.

Texas Chainsaw Massacre: The Beginning was a missed opportunity. It doesn’t really explain Leatherface. His first kill comes at the hands of a biker guy. However, it’s the notion that his father commanded him to do so. It’s clear that the family has warped Leatherface’s mind to the point where he has a jaded view on the world. The only people in his life that love him is his family, and though he knows that killing is wrong, based on the slight hesitation, he doesn’t want to disappoint his father. The film has interesting moments like that could’ve elevated it from another generic slasher picture. But it doesn’t. Leatherface just accepts killing and that’s it. However, I bring up the 2006 feature because it’s a clear showcase of the family, namely Charlie. I understand that this is the Hewitt family, not the Sawyers. But the backstory helps tie both generations of Leatherface’s together to a certain degree. The franchise is currently at a crossroads because the latest sequel to the original film has been a critical dud. At this point, there’s no word on what’s going to happen to the franchise, but the brand would be better off disappearing for a lengthy period of time like The Terminator series. There’s only so many times you can simply reboot a series and pretend that everything after the first film doesn’t exist. Is it possible to do a fresh Texas Chainsaw Massacre again? It is, but creators have to start understanding the character of Leatherface instead of relying on cliff notes.

However, in the meantime, there’s nothing wrong with giving the spotlight to the original Sawyer Family. Given the fact that this is on Netflix then they’ll have more creative leeway to get this done. If the writers want to play off some of the backstory of the Sawyer family from Leatherface then that’s perfectly okay, though it would be better to stay away from any of the versions outside of the first film. There’s still an interesting story to tell in the world of Texas Chainsaw Massacre, though that might not be at the hands of Leatherface himself.