Home
Movies
Why The Man From U.N.C.L.E. Sequel Won’t Be Happening 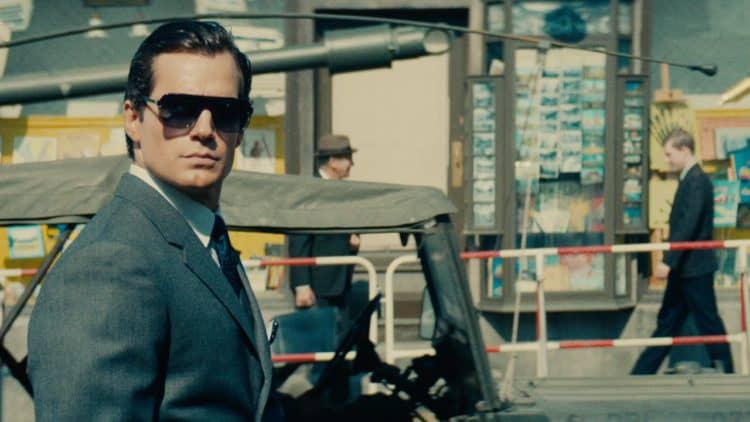 Back in August of 2015, a reboot based on the classic 1964 television series, The Man From U.N.C.L.E. was officially released into theaters starring Henry Cavill and Armie Hammer as CIA agent Napoleon Solo and KGB agent Illya Kuryakin. The two agents are forced to put aside their differences and work together to take down a common enemy. The promising action vehicle went into the opening weekend with solid rotten tomatoes score of 68%; however, the weak $5 million start was not a good sign for The Man from U.N.C.L.E. In total, the film made nearly $14 million in the opening weekend and ended its original run by making $107 million worldwide. Given the fact that Henry Cavill and Armie Hammer were some of the hottest talents in the mainstream at the time, the spy thriller should’ve been an instant box office success. Let’s dive deeper into the situation and explore why there’s no chance that The Man From U.N.C.L.E. will ever get a sequel.

The Man From U.N.C.L.E. wasn’t a complete bust, but it didn’t exactly set the box office on fire. However, the key thing is that there was some possibility of a sequel. The problem is that Armie Hammer is attached to the first film. Granted, studios can simply switch out Hammer for another actor as Hollywood is no stranger to doing this; however, studios and executives likely want to separate themselves from Hammer entirely. If you’ve been living under a rock for the past year, Armie Hammer was accused of physical and mental abuse by multiple women, with various text messages released of the actor describing sexual fantasies including violence, rape, and cannibalism. Yep, you read the last word right. Hammer denied the allegations, but the damage was already done. Hammer was dropped from several movies and shows, and his publicist and talent agency are no longer representing the 35-year-old. It’s arguably safe to say that Armie Hammer’s career in Hollywood is done. Hammer does have one more film set to be released, Death on the Nile; however, Disney is reportedly releasing the film quietly in theaters. The Man From U.N.C.L.E. would likely see a reboot down the road; however, with a new cast and crew as studios want to distance themselves Hammer altogether.

The Spy/Action Genre Is Crowded Already

In all honesty, The Man From U.N.C.L.E. truly failed to separate itself from a genre that’s dominated by the James Bond and Mission Impossible series. The performances were fine, and the action sequences were fun, but the 2015 film is something we’ve seen thousands of times before. Mission Impossible series continues to push the boundaries of action with each and every film. The stunts are amazing and inventive, and the movies are smarter than they have any right to be. Daniel Craig’s James Bond has arguably breathed new life into the exciting series as well. While not every film was a great success, the intricate layers of storytelling and engaging action sequences have also redefined the genre as a whole. Both franchises have set the bar so high for what a spy/action movie should be that The Man From U.N.C.L.E needs to be something truly bold and breathtaking to capture the attention of audiences.

Plus, The Man From U.N.C.L.E was in direct competition with Mission Impossible: Rogue Nation, which ended its run by making $682. 7 worldwide. Rogue Nation clearly stole the spotlight away from The Man from U.N.C.L.E. Studios were likely riding off the success of Hammer, Cavill, and Guy Ritchie, which was a smart idea in theory. However, Cavill was still making his way up into A-list status as The Man of Steel didn’t exactly skyrocket his career into the good graces of every audience member. Hammer was fresh off the giant bomb known as The Lone Ranger. While his and Johnny Depp’s performances were labeled the highlight of the movie, the film didn’t resonate with mainstream audiences as it only made $260.5 worldwide. Considering the fact that the reported budget is somewhere between $225 – $250 million, with an additional $150 million for marketing, the 2013 Disney feature needed to make at least $500 to break even. Instead, it cost the studio nearly $200 million and Armie Hammer’s face was attached to a huge flop. Compared to the established brand of Mission Impossible, add in the fact that Tom Cruise is a proven draw at this point and The Man from U.N.C.L.E simply had no chance. A sequel is kind of pointless now. The film didn’t make enough money to justify expanding the world and the film would still have trouble getting audience attention because of the bar set by the other two spy powerhouses.