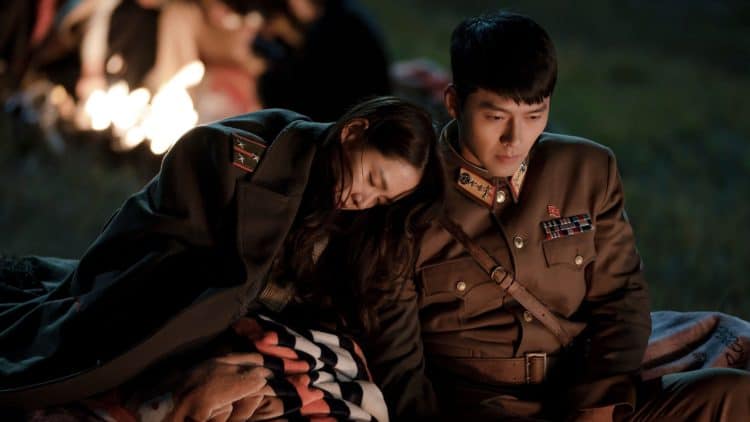 The current surge of the Korean Wave has allowed South Korea to showcase their talent in the most unique of ways. Take for example the South Korean boy band, BTS, who became the first Asian group to win Artist of the Year at the American Music Awards, or the lauded South Korean actress, Yuh-Jung Young (Minari), who has become the first Korean actor to take home an Academy Award, and lastly, the South Korean film, Parasite, which became the first non-English-language film to take home an Academy Award for Best Picture. They make record-breaking achievements look like a walk in the park at this rate. Apart from music and films, the Koreans have also mastered the art of bringing a wide variety of dramas, or “K-Dramas”, into life. The most successful being Squid Game, a survival drama that has become one of Netflix’s most-watched shows. Another K-Drama that is getting its own fair share of recognition is Crash Landing on You. The hit series first premiered in December 2019, and has since dominated the global market. This might be the very reason why an American remake is reportedly in the works. The unique storyline revolves around a forbidden romance between a North Korean soldier and a South Korean businesswoman, who accidentally finds herself in North Korean soil after a paragliding accident. The series’ production may have encountered some backlash from North Korea because of its controversial storyline, but its viewers’ warm reception certainly made up for it.

Now that an American remake is said to be in its final stages of discussion, the question would be how the showrunners plan to recreate the Romeo and Juliet-like romance between the two leads if the storyline will be set in the United States. The K-Drama was able to be so impactful because of the history behind the Korean War, which caused the separation of North and South Korea. This would be pretty hard to recreate since there is no place in America that has gone through such a tragedy. It would also be challenging to create a fictional world, as the benchmark was already set so high by the K-Drama. Another element that would be hard to beat would be the chemistry of the two leads. The original series was led by Korean superstars, Hyun Bin (The Negotiation), who portrayed the role of Captain Ri Jeong-hyeok, and Son Ye-jin (The Last Princess), who portrayed the role of Yoon Se-ri. The two hit it off so well that they even became real-life lovers after the show ended. They played their roles with such conviction, Hyun Bin even needed to learn how to speak with a North Korean accent in order to make his role seem more believable. The supporting cast were also so effective in portraying the different ways of life of residents living in North and South Korea. All the elements blended so well together, and really made the entire series come in full circle. Watching the finale felt like saying goodbye to a group of people you already formed a bond with. Each episode contained scenes that could trigger a wide range of emotions. Binge-watching the 16 episodes felt like going on a wild emotional rollercoaster, coming out of it alive, and wanting to do it all over again. These are just some of the many reasons why a remake would definitely have pretty big shoes to fill.

This would not be the first time South Korea and the United States exchanged remakes. There have already been countless of films and television series that have been remade through the years. Some of these include the Korean remake of the hit American political drama, Designated Survivor, and the American remake of the Korean medical drama, The Good Doctor. The Crash Landing on You remake would not entirely be a shot in the dark, but rather one that carries with it such high expectations. If a show was already so well-made, there leaves little reason for a remake to be unnecessary. At the end, comparing the two versions will just be unavoidable. It’s only natural for the series’ fans to be indifferent, or even against, the said remake. As the saying goes, there can only be one original. Instead of a remake, it might be worth it for the show’s creators’ to just draw inspiration from the K-Drama. It is after all an epic story that shows how love knows no boundaries, and how one person can come into your life to save you in more ways than you can imagine.