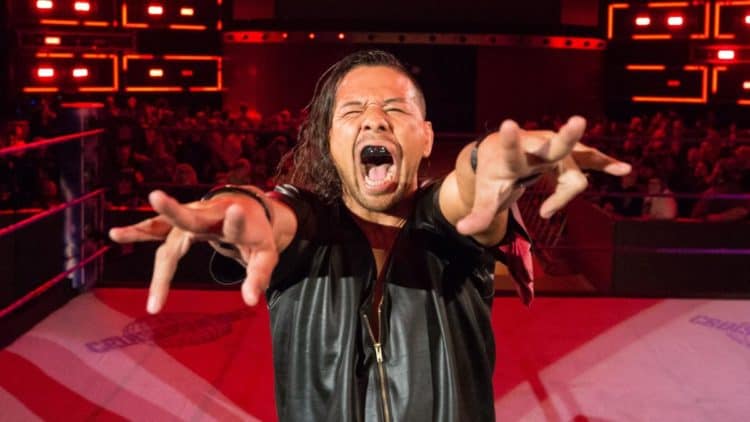 At the height of Shinsuke Nakamura’s career, he was one of the hottest wrestling superstars in New Japan Pro-Wrestling. It wasn’t just his tremendous wrestling ability that allowed him to connect with fans, but his overall charisma that electrified as well. Naturally, when it was announced that the former IWGP Intercontinental Champion was joining WWE in 2016, there were some initial concerns since the company doesn’t particularly have a good track record when it comes to using foreign talent. Those concerns disappeared when Nakamura make his debut at NXT TakeOver: Dallas, where he had a classic match against Sami Zayn. Since then, Nakamura’s run in the developmental brand was solid as he managed to capture the NXT Championship twice. Once again, when the former New Japan star was called up for the main roster, concerns rose on how Vince McMahon and company would treat Nakamura. The former NXT Champion’s first year on the main roster was solid, with a Royal Rumble win being one of the biggest highlights of that year. Unfortunately, his match with AJ Styles at WrestleMania was pretty lackluster, but his heel turn ended up doing wonders for Nakamura.

Eventually, Nakamura would win the United States Championship and WWE practically did nothing with the guy. Despite the former NXT star showcasing throughout his feud with Aj Styles that he can carry himself on the microphone, there were weeks when him simply disappeared, despite being the U.S. Champion. There was even a foreign heel gimmick given to him, Naka-Merica, though it never really developed into something meaningful. Fast forward to 2022, and Nakamura’s Intercontinental title run is similar to his first U.S. title reign, but somehow worse. The I.C. Champion managed to rejuvenate his career in 2021, first with his strong performance in a Smackdown Battle Royale. Adding Rick Boogs to his act managed to freshen up his character but the issue always comes back to the fact that Nakamura hasn’t done anything to elevate the belt. In fact, Nakamura holding the title is devaluing the championship as the weeks go by. Let’s be clear, this isn’t because of Nakamura himself. The guy is a fantastic wrestler and I’m pretty sure he’s trying to do the best with the material that he’s given. The problem is, Nakamura has been barely given any material. I understand he was out with an injury for the past couple of weeks, but that doesn’t excuse the last couple of months.

When you think about classic Intercontinental championship feuds, you harken back to the days of Mr. Perfect’s feud with Bret Hart, or Shawn Michaels classic rivalries that includes that incredible ladder match against Razor Ramon. Nakamura can’t have these type of feuds or matches because WWE is preventing him from doing so. It appears that the company doesn’t understand what to do with Nakamura as I.C. Champion. To be fair, the mid-card belt has been damaged goods for some time now, but Nakamura’s reign is an example of why fans don’t particularly care about the belt these days. Nakamura won the belt back in August and has only defended it one time against the former champion, Apollo Crews. This is very reminiscent of Asuka’s latest RAW Women’s Champion title reign, where the company barely did anything with the ‘Empress of Tomorrow’. They didn’t try to write any compelling feuds or even prominently feature Asuka as champion. This comes back to WWE not knowing what to do when it comes to foreign talent. WWE is a heavily promo-based company.

Unfortunately, Nakamura and Asuka won’t be able to cut long winded promos fluently in English. Despite this, both have still managed to get over as characters at one point in their careers. It’s a shame that this company still hasn’t figured out a way to get around the non-English speaking issue. The easy fix is to present translators for their non-English speaking talents. This is nothing new in the world of sports and it’s baffling that the company refuses to take this approach. They could’ve actually taken the John Cena route by having a weekly open challenge for the I.C. belt. There’s plenty of ways to get around Nakamura’s limited English, but the company doesn’t even seem interested in doing something special with the belt. This is a shame because Nakamura could’ve restored prestige to the championship if Vince McMahon actually put effort in putting over the belt that was once held by greats such as The Ultimate Warrior, Randy Savage, and Razor Ramon. It’s time for Nakamura to drop the belt. It’s not due to any fault of his own, but as long as that belt remains around his waist, the less fans will care about it.