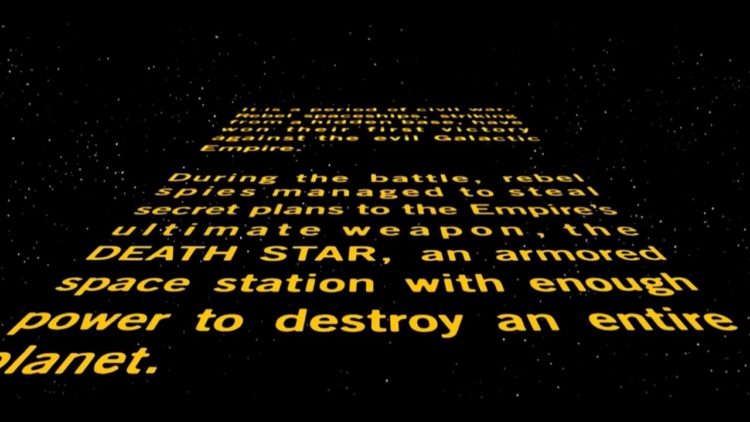 There are a couple of reasons why the opening credits were moved to the end of a movie, but there’s one facilitator that a lot of people look to, and that’s George Lucas. His idea to feature the opening crawl of his movie, Star Wars, didn’t win him a lot of accolades from the Directors Guild of America, but it did set a precedent since it changed things in a big way and made it possible to simply start the movie without having to go through a long list of credits before the movie even started. Just think of having to sit through the credits before a Star Wars movie and THEN having to watch the crawl, that kind of dampens the whole idea of it since really it’s more fun to just dive into the movie. Stanley Kubrick was of a mind to do this as well since the opening shot of any movie is a big part of getting the audience hooked and will tend to keep them in their seat, while the credits were something to basically roll while people were still settling in. But overall the credits being at the end is a much better idea since it allows the audience to get right into the movie without needing to wait too terribly long since there are plenty of commercials and trailers and other items to show in theaters these days that tend to take up a great deal of time. It’s happened that the trailers and advertisements are so lengthy that some people even forget what they’re about to watch.

Some movies still find the time to put in at least a handful of credits before the movie really gets going as the main actors and those that were responsible for putting the movie together, such as directors, producers, screenwriters, etc., tend to get credited before the movie starts, or during the opening scene. As the opening of many movies is a way to establish tone, setting, and pace, this is usually a good time for the credits to roll since it allows the audience to get settled and not worry about missing anything. Then again, there are some movies that jump right into the story or the action and make people pay attention far quicker. When asked it does feel that a lot of people would prefer to see the credits at the end of a movie rather than in the beginning since unless it’s worked around just right, the opening credits could possibly feel a little too overwhelming or in some cases, too much like a TV production which kind of needs this since it it is nice to know just who’s who, but at the same time it’s a lot nice to get into the story and see what there is to see. George Lucas did the fans a great service by helping to bring about this change, but it was likely that he was wondering if he’d done the right thing at one point, if only because people were wondering just how this would affect cinema moving forward.

To be certain, the only time that people stay for the credits is to find out who played who if they’re not certain, to avoid the press of people leaving the theater and get up and move about at their own leisure, or if they’re waiting for any post-credits that might be rumored to come. For a little over a decade, this was the reason why many people stuck around at the end of MCU movies since the company was building up interest in order to bring everything together, and it worked. Most audience members would sit through the credits just to see what little tidbit there was concerning the next movie to come, and to be certain, a lot of people were disappointed at the end of Endgame when all there was to be heard was the sound made when Iron Man’s armor was fully assembled. Some think that it had more meaning, that it might signify something, but others thought it was just a pleasant fitting to an arc that had helped to create the MCU and give it the legs it needed to stand on its own. There are still movies with post-credit scenes that people look for, but they’re a little rarer at the moment, not just because theaters have been out of business, but because a lot of studios don’t want to look like copycat by cashing in on an idea that was revolutionized in such a way. While the whole idea of post-credit scenes has been used by a lot of movies, not every director agrees that they’re that useful. But when it comes to credits it’s likely that most if not all people can agree that they’re best left to the end of the movie as a reveal that allows people to enjoy the movie before finding out just who did what.