A person kind of has to wonder if Elijah Wood really knows what he’s asking for when trying to get people excited about rebooting A Nightmare on Elm Street and Children of the Corn. Some would say of course he knows, he’s in the business, he’s a horror fan, and the fact that he likes obscure horror makes him an even better judge. This is when some of us might give those folks a blank stare and say…no, no it doesn’t. There’s no doubt that his time in the business has taught him quite a bit since he’s been one of those that started out young and has pushed his way through to this point where he’s not nearly as popular as he used to be but he’s definitely a valued part of the business for what he’s done. But trying to revive two horror movies that have kind of run their course is asking for a lot from the fans, who might be into it, but also might need to be reminded that Robert Englund, Mr. Freddy Krueger himself, has already relinquished the role, stating that he won’t be taking it up any longer. The guy has aged out unfortunately and despite the fondness he still has for the character, he’s not able to do everything that he used to decades ago.

As far as Children of the Corn goes, that’s another uphill climb but for a different reason. The original movie was based on a short story by Stephen King, and back in its day, it was pretty creepy. But the sequels left a lot to be desired since they became gore-infused nonsense that tried to use the mythos of the original story but fell way short of the original dread that it inspired. If anything can be said about this, it’s that Children of the Corn fell victim to the same fate that a lot of King’s stories did in the past, it simply wasn’t developed in a manner that was convincing enough to be deemed entirely worthwhile by the fans. There’s nothing saying that it won’t happen since even if it was deemed the worst idea in the world it would still happen if there were enough backers. It’s a common theme in Hollywood, no matter if people think that it’s a bad idea, there’s still a chance it could happen if the money is there and the people in charge of the movie think it’s a wise move.

The last attempt at making Nightmare on Elm Street with Jackie Earle Haley didn’t go so well since people slammed the attempt for one reason or another and felt that it didn’t stick to the formula that the original movies had adhered to for so long. That’s kind of funny given that Haley didn’t do that much worse than Englund, though it’s likely after so long of seeing Englund don the customary look of the villain that a lot of people weren’t too keen on seeing Jackie take on something they loved with such a realistic flair that kind of upset a lot of people. Plus, the story of the reboot was insanely dark, which shouldn’t have been an issue, but fans still didn’t care much for it. This kind of goes to show that horror fans are just as fickle as any other fan of any other genre. This is what Wood has to contend with though if he wants to push this idea forward.

Children of the Corn could possibly benefit from a reboot so long as whoever took on the story was holding to the source material and didn’t deviate too much from it. The disbelief that might come from such a story in this time period wouldn’t be too hard to get around since there are still plenty of small towns within rural America that don’t get a lot of traffic, but it’s possible that people might argue that it’s still a long shot. Still, Children of the Corn does stand a better chance of a reboot than Nightmare on Elm Street, if only because the reboot of the latter wasn’t that well received.

Taking on either project would be a huge undertaking for anyone that bothered to try, especially seeing as how the last movies of both weren’t anything that people want to remember. Getting someone to play Freddy again would be rough since the fans are likely to say no to just about anyone. While this wouldn’t be a huge hurdle since the fans don’t have that much control, the backlash would come in the form of ticket sales since many horror fans are up on the current movie news and would likely pay close attention to the filming schedule. In other words, if Elijah Wood wants to make this project happen, more power to him, but he has a pretty big hill to climb. 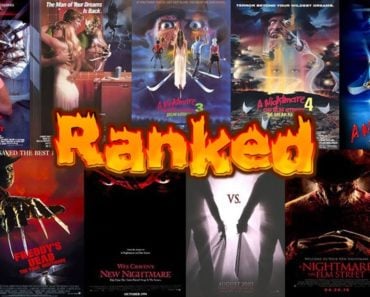