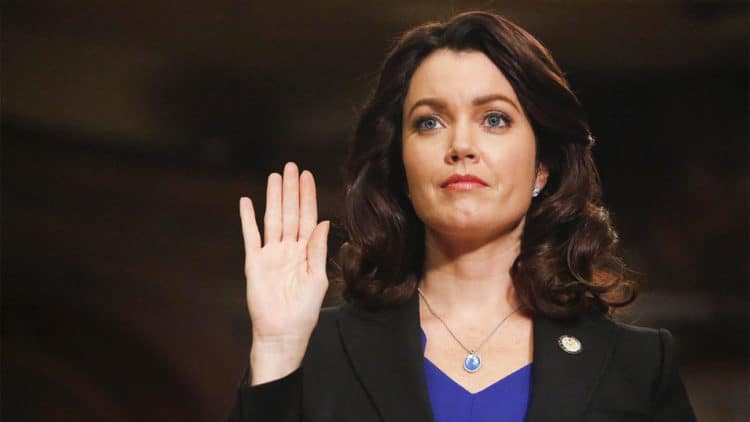 Although Scandal was mostly focused on Olivia Pope and Fitzgerald Grant ( Tony Goldwyn), Mellie (Bellamy Young), was the underdog whose life story could have made an entirely new show altogether. She put her career aside to support a man who couldn’t appreciate the sacrifices she had made. Year in, year out, Fitz chose to have an affair behind her back, going as far as falling in love with his mistress. Finally, Mellie packed her bags and decided to create a different life of her own, but not before giving Fitz an ultimatum. That she wound up as president was a long time coming. Scandal could have used a lot more of Mellie, and one Critic’s Choice Award wasn’t really enough for how Bellamy Young brought Mellie to life in the most talented way possible. Here’s why we should have appreciated Mellie more:

1. For Years, Mellie Dwarfed Her Own Political Aspirations To Support Fitz

2. She Stayed Married To Fitz, Despite Being Assaulted By His Father

The relationship between Fitz and Jerry Grant ( Barry Bostwick) was complicated, so was Jerry’s relationship with his own daughter-in-law, Mellie. Having grown up with an abusive father, Grant proved that he was a chip off the old block. In conversation with Mellie, who thought she was having a harmless talk with her father-in-law, Jerry confirmed his philandering ways, justifying it with the fact that Fitz’s mother had no idea. He proceeded to let her know that Fitz shot down a plane with hundreds of people, to prevent what could have been World War III. While Mellie was still processing the conversation, Big Jerry proceeded to force himself on her. Mellie lived with the secret for long, until Olivia ( Kerry Washington) learned of it and later told Fitz. All along, Fitz had viewed Mellie as a power-hungry woman who only cared for her presidential run, yet she was living with the trauma of being abused by a narcissist father-in-law.

3. Mellie Endured The Worst Pain Of Motherhood, Losing A Child

Rowan Pope ( Joe Morton) wanted to get back at Fitz for taking away the only child he had. As was synonymous with Pope’s dealings, he liaised with Tom Larsen ( Brian Letscher), who secretly worked for B613 but was designated to protect the Grant family as a secret service agent. While Rowan happened to be bedridden in hospital, Tom executed his orders right before the Grant family made their way to a podium. A poisoned Jerry Grant Jr. began bleeding on stage and eventually fell while Mellie called for help. He passed away at 15, and Mellie was never the same for two months. She fell into depression and endured a mother’s worst nightmare. Mellie earned the nickname ‘smelly Mellie’ and was a couch potato in every worst possible way. It took the intervention of Abby (Darby Stanchfield) to bring Mellie back to her old self, making her an inspiration to every parent who’d gone through the same.

4. She Was Still A Good Mom, Nevertheless

Even though Mellie was burdened by her relationship with Fitz, and blamed him for stagnating her life, her problems with her husband did not stop her from becoming a good mother. When Karyn ( Mary Mouser), made an adult film with two boys, Mellie could have easily reprimanded her. Instead, she chose to sit her down and tell her that she would get a pass. Perhaps it was her way of dealing with grief. That right there was Mellie showing a side of parenting we never get to see. Empathy. Despite also being affected by her son’s death, she chose to be Karyn’s shoulder to lean on, given that her brother had died right in front of her eyes. The next time Mellie showed epic parenting was when she made her way into the bedroom and found Fitz on all fours. Mellie first took her usual harsh tone with Fitz, but upon realizing he was playing hide and seek with their son, Teddy (Gilad Caldwell), her tone changed.

5. Unlike Fitz, She Didn’t Run For Presidency From A Privileged Front

While Scandal was majorly centered around Olivia Pope and her smart wits, Mellie Grant was in many ways just as smart. That she took a back seat in the face of her husband’s presidential aspirations did not take away her strength. In light of her own presidential run, we got to experience Mellie’s truth as a strong woman who could stand on her own. When Fitz talked only about himself in his speech, Mellie gave him the read of a lifetime: “ When you’re running, you talk about how great you are. When I’m running for office, you talk about how great you are. Is there a scenario where you don’t talk about how great you are? You are standing here thumping up your chest, reeling off your stats, chiseling yourself onto Mount Rushmore, like you didn’t stand on my back to get there. On Olivia’s back, on Cyrus’ and your daddy’s. I didn’t have a $100 million trust fund, a political legacy, I didn’t go to the best boarding schools on the planet, and I am not a white man. I am here on my own. I got here on my own…This stage is mine.” 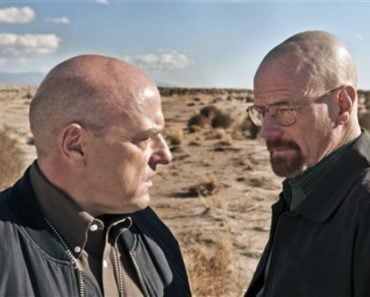 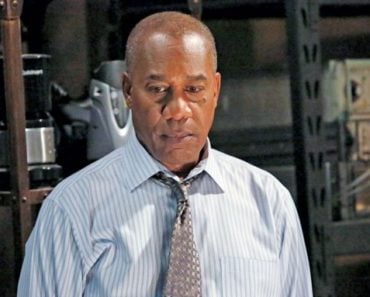 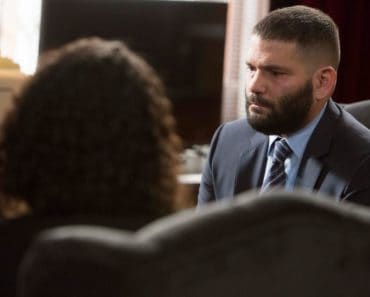 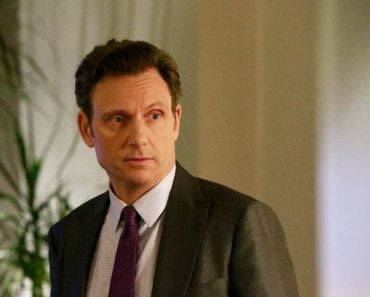