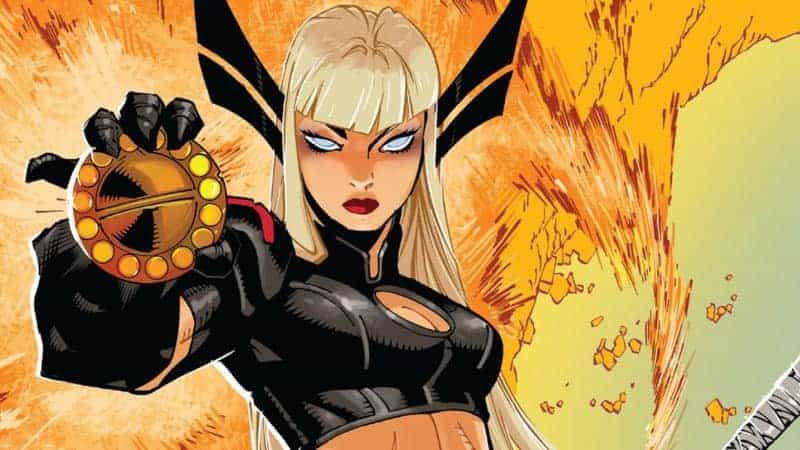 I’ll admit a personal bias to this one since I’ve been a fan of Illyana Rasputina, aka Magik, since she’s been one of my favorite mutants for decades now. Her break into the big time with Anya Taylor-Joy playing looked as though it would be a great chance for her to finally step into her own, and to be fair, she didn’t disappoint. The movie did, as The New Mutants suffered so many delays and eventually became kind of a watered-down version of what people were expecting. But Magik is by far and large one of the strongest and best members of the group since her role as the ruler of Limbo, her own pocket dimension, makes her incredibly powerful, and her knowledge and use of the arcane energies puts her on another level where a lot of heroes simply can’t touch her. To be certain, she is a complicated character since she’s changed in a few ways since her introduction to the Marvel universe, and she does have her weaknesses, such as being quite a bit weaker when she’s not in Limbo, but even with that, she’s not the type of character that one strikes at with impunity unless they’re far more powerful than she is. Illyana has taken on several truly powerful beings in her time and has stood her ground more than once. She’s not the strongest mutant to ever exist, but she’s definitely one that could carry her own show or TV series, which is why it should be a consideration at this time.

While the other New Mutants aren’t too shabby, Illyana is the standout among them since when compared to the rest of her teammates she’s really the only one that deals with the kind of power that one can’t help but be impressed by. The New Mutants aren’t exactly powerhouses when it comes to their abilities, since Cannonball, aka Sam Guthrie, is perhaps one of the only ones that have the kind of power that can be absolutely devastating. But Magik at her best still trumps everyone on the team since her ability to teleport to Limbo and back, and to wield the Soulsword, are impressive enough to make it clear that this young woman is in a league of her own. On top of that, she’s not innocent and she knows it. For years she’s dealt with the idea that she’s spent much of her time in hell and has been tainted by it. She can be a savior or a sinner, someone that could help save the world or condemn it, and she’s gone up against some of the nastiest demons and devils in her time and even come close to destroying herself in the effort to help those around her. The New Mutants made her look like an aggressive and even slightly bigoted individual that had no time for anyone unless it benefited her, and in some ways, she did behave kind of like a brat since she was a caustic personality that didn’t want to get to know anyone but would gladly mock them. It was, as people should be able to guess, a kind of defense mechanism that was meant to keep people away, but if given a show or a movie it does feel as though Magik could show another side to her personality that people haven’t seen yet.

With Doctor Strange 2 coming eventually and giving way to the multiverse, it would make even more sense considering that with Illyana’s knowledge and use of magic she could open the door to the multiverse a little wider considering that she can travel between worlds thanks to her teleportation power. Of course, Illyana has had to master that power or she’ll slip through time or land in a spot that she hadn’t planned for, which could be disastrous. The hope would be that when bringing her back that she would have already mastered her powers and become even greater than she was in The New Mutants since she would be far more useful and definitely much more fun to watch. But then again, watching her getting the hang of her powers could be kind of fun as well. But with the coming inclusion of the multiverse and with the X-Men eventually making their way into the MCU, it does feel that it would be the right time to consider giving Magik her own series or movie simply because she’s one of the most well-liked characters and she’s one that it would be easy to build a story around. While nearly every mutant has a complicated past, Magik’s is one that rivals if not trumps many since on top of being a mutant, she had to live in hell for a long period of time, and that’s bound to leave a very big mark on someone’s soul once they return home to earth.