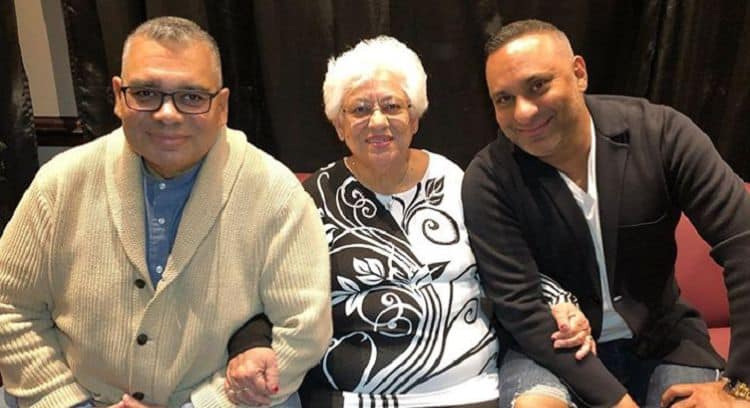 Comedians are, to some people, a dime a dozen since they do tend to crop up from time to time in great numbers considering how many people think that they’re hilarious when it comes to telling a joke. But there’s a big difference between being able to deliver a joke and being able to entertain an audience of hundreds or thousands that are hanging on every word and will praise or lambaste your act depending on what you say. A lot of comedians don’t ever get off the ground since honestly they’re funny in small doses or not at all despite what they think. But people like Russell Peters are hilarious since they go for broke with their jokes now and again and know the value of timing and have the ability to gauge the reaction of their audience. In doing this comedians learn how to best design their act so as to maximize the number of laughs they get so that they can feel that they’ve done something worthwhile.

Here are a few things about Russell you might not have known.

You might be saying that this was six years ago and things change, but while his act adapts and evolves like everyone else’s his worth hasn’t gone down and his fortune has only increased since people continue to want to hear what he has to say on stage.

9. He had to deal with bullying a lot in school.

This had more to do with his ethnicity than anything and it likely had a lot to do with his emergence into comedy since if you really think about it comedy is more than just turning a frown upside down, it’s a survival instinct in a place such as a school setting where fight or flight aren’t always the best options. You could call developing a unique sense of humor and a biting wit a ‘fight’ response in a way.

8. George Carlin was one of his biggest inspirations.

Russell went on stage at one of Carlin’s last shows in fact, and did manage to get a lot of great advice from the famed and very raw comedian when he was still around. When you want to make the people laugh you simply find a way to tickle their funny bone that they’re not expecting, or something like that.

7. His act tends to take on a lot of cultural issues that some people might find controversial.

He does talk about stereotypes and culture a lot and in ways that some folks might take umbrage with no matter that it’s humor and isn’t to be taken seriously. There isn’t a lot that’s so taboo that it can’t be discussed in a way that can involve laughter.

6. He’s been breaking records with his ticket sales in various locations.

This is something of an accomplishment given that the comedians that came before him were blazing the path that he and many others will follow until it’s their turn to pass the torch and allow the next generation to take the reins so to speak.

5. It would seem that he really doesn’t care to talk about religion.

The two of them were together before she started shooting pornographic scenes. This was unfortunately what drove them apart. It might seem prudish but there’s something about being able to watch your significant other getting busy with another guy that some men can’t handle. To each their own, as some guys don’t have an issue with it.

3. Russell has a very long and impressive resume.

Between movies and TV he’s done quite a bit and has a celebrated career that’s worth checking out if you have a moment, or a couple of days if you really want to get into it.

2. For such a popular comedian his social media presence is kind of modest.

He does have a few hundred thousand followers, but it could be that he’s just not as deep into social media as others are.

1. You might not believe what his net worth is.

Russell is actually worth a reported $55 million, which is humongous when you think about how many comedians really struggle to make it and don’t ever come close to being worth a fraction of this amount. But hey, it means he’s done something right that people happen to like.