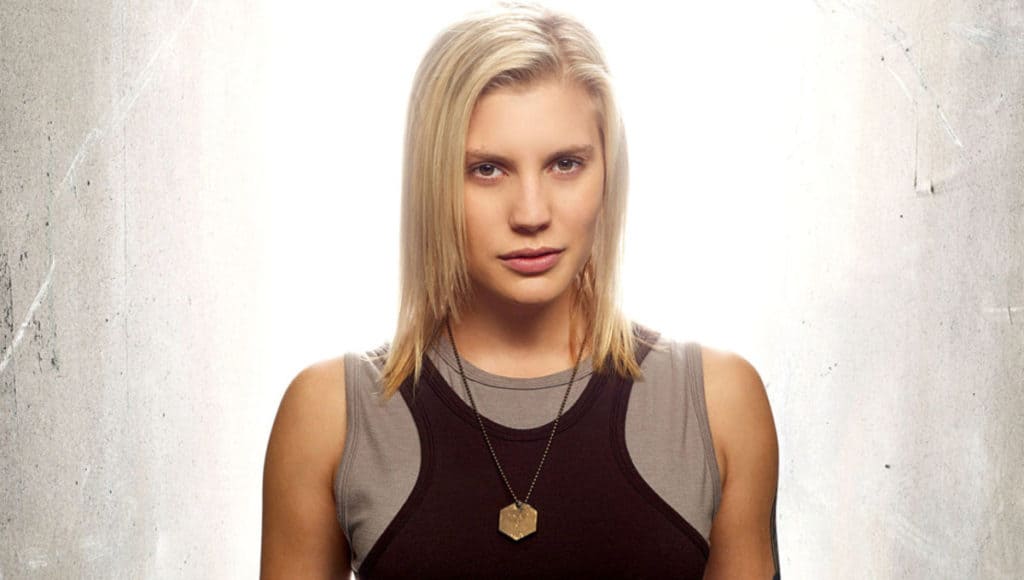 There’s no doubt that there would be plenty of arguments as to why Kara Thrace would be a better character than many on Battlestar Galactica, but the fact that she’s being listed a the worst is simple, she’s a loose cannon. Some would say that’s one of her strengths, that she’s the maverick that is needed because she’s so good at what she does and isn’t bound to respect everything and everyone around her just because they say she should. The problem with this is that Kara has proven to be self-destructive in the past and has allowed too many things in her life to get to her and compromise her career and the safety of those around her. This isn’t what a leader is made out of and as far as the character goes, she’s the worst because she’s in a position that could get a lot of people hurt if she would have been allowed to simply do what she wanted to all the time. Admitting that life hadn’t always been fair to her was all well and good, but life wasn’t fair to a lot of the characters in this show.

The actress that took on this role did a great job of getting fans to feel one way or another about her since it’s easy to say that Thrace had a lot of people on her side and others that didn’t really want her to be there in the first place since she was such a liability. The role of Starbuck was bound to be one that would paint the character as an individual that could be heroic but a lot of the time was bound to be a bit of a pain in the backside. This was kind of hardwired into the character in a way that made it clear that things weren’t really going to change that quickly, if at all, and that while Thrace could be counted on from time to time, she was also bound to be someone that would let others down now and again.

Characters such as this tend to be plentiful in many shows since the idea of having someone who has such raw natural talent coupled with the kind of experience that makes them genuinely great is often offset by the fact that they’re a little too egotistical and know what they can do, meaning that some of them are arrogant beyond belief. The need to stand against authority at times is one of the real kickers since it’s an attitude that makes it clear that they think that they’re at least a notch above their superiors and their peers given that they’re a valued part of the crew and are therefore afforded other liberties that some folks either don’t have or can’t take away. Thrace has been in trouble more than once during the show and it’s been her fault largely because she lets her arrogant attitude get the best of her, despite the fact that she’s a great pilot and can be a huge asset to the crew. She’s not exactly a complicated person but she does tend to come off as one at times since a lot of people have tried to figure out her motivations over the course of the show and some believe they’ve done it.

When encountering a character like Thrace it’s usually interesting to see who will side with the character and who will find that the character is kind of off-putting. That in turn tells a person about the fanbase since Thrace isn’t an evil character, but she’s definitely the type that wanted to do things her way and wasn’t about to be told otherwise at times. In the chain of command, things don’t work that way however and she was reminded a time or two in ways that the fans might not have fully agreed with but could hopefully understand since getting through to Thrace wasn’t always the easiest thing for her fellow crewmates and superiors to do. The need to do things her way and continue to show that she was worth the trouble is something that is seen a lot in many shows since the most hard-headed characters tend to get a lot of notice.

Some might wonder why this is the case, but rebellion against authority is a rather common theme that many people like to see at times since it symbolizes freedom of thought and that a person isn’t bound to act as a good soldier, meaning they won’t just follow orders because someone’s barking at them to do so. Thrace is the worst character however since it’s not just the fact that she’s not stepping in line, it’s that when she stepped over the line she put more than just herself at risk and was the kind of character that in the real world would likely die off pretty quick.