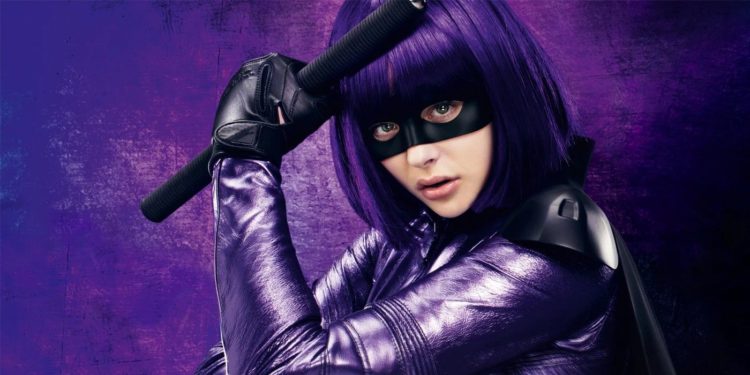 In one of the greatest tragedies in modern cinema, the idea of a Hit-Girl spin-off is likely dead and gone. Though the original actress of the surprise hit Kick-Ass, Chloe Grace Moretz has stated previously that she would love to return to the role if offered, given the failure of Kick-Ass 2 and Matthew Vaughn’s previous talks of doing a reboot, that’s likely never happening. Though to be honest, there shouldn’t have been a Kick-Ass 2. The scene-stealers of the first film were Nicholas Cage’s Big Daddy and Hit-Girl. The foul mouthed, crime-fighting duo gave the first film the gravitas that the movie truly needed, and it would’ve been great to head deep inside the world of both Big Daddy and Hit-Girl.

In the comics, the original story behind Big Daddy and Hit-Girl’s dynamic is actually better than the plot presented in the movie. Big Daddy is actually a primary villain in the comics because the story of him being a former cop whose wife was killed by criminals was a lie. He’s an accountant, but like Dave, he was a huge superhero comic book fanatic. In fact, Big Daddy actually kidnaps the young girl and trains her to be a vigilante assassin. The story of Dave and Kick-Ass didn’t need much more exploration beyond the first film, but the opportunity to follow up on the young girl after the death of her father could’ve steered into the direction of finding out the truth about who she really is. Perhaps Mindy finds out that she has been kidnapped and Big Daddy is part of a larger organization that turns kids into killers? There’s a brilliant story to be told that can just center around Hit-Girl and Big Daddy.

How does she cope with the loss of her father? Hit-Girl isn’t much of an emotional character, but everyone handles death in their own way. In the film, it’s obvious she got help from Marcus, but tapping into the psyche of an assassin whose life mostly consisted of training and killing is money left on the table. Still, these aren’t the directions that the Hit-Girl spin-off had to go in. There’s so much fun in going into an origin story of Big Daddy and the trained assassin. Kick-Ass does an excellent job explaining the characters, but the mindset of Big Daddy is a fascinating one. Even if he didn’t kidnap Mindy, what possesses this crazed lunatic to train his own daughter to be assassin? Why does he believe that murder is okay? In retrospect, Big Daddy was killed off way too early. What’s worse is that nothing significant came out of his murder. Yes, Hit-Girl got her revenge against D’Amico’s crew, but the aftermath didn’t really touch on the subject.

Kick-Ass 2 was the wrong direction for her character because it was another generic fish out of water story. Mindy was sidelined for an A-story that didn’t pack much of a punch. The notion of her being forced out of the crime fighting life is intriguing, but the execution was extremely flawed. The story was about Dave so there wasn’t much time to focus on Mindy, and even if it was, the whole high school schtick was a waste of time. Why not explore Mindy’s indecision by still trying out the crime fighting thing by battling her morals by not hurting criminals? Or maybe, she’s lured into the dark side before Marcus even exists? Though the character has a brief cameo in the first film, we don’t know much about him. Some big bad could’ve been a new figure in Mindy’s life and Hit-Girl carries out his/her dirty work by killing innocent people she thinks are villains. Hit-Girl always felt like a protagonist who was forced into the supporting role position. Her backstory is much more interesting than Dave’s and her character is so much fun. It’s a shame that executives opted to cancel a potential film because it was clear based on the ending that more was going to come in regard to Mindy/Hit-Girl. Even if the film picked up the story following Kick-Ass 2, Hit-Girl still makes a far more interesting protagonist because of her mentality. She balances the line between good and evil; Yes, she takes out the bad guys, but she’s still taking the life of another human being. The franchise isn’t particularly meant to explore that nature of story, but taking a stab at the way the world views vigilantes like this could’ve been a fun ride to go on. Hit-Girl should’ve gotten her own spin-off. Here’s hoping that there’s a change of heart in the near future.