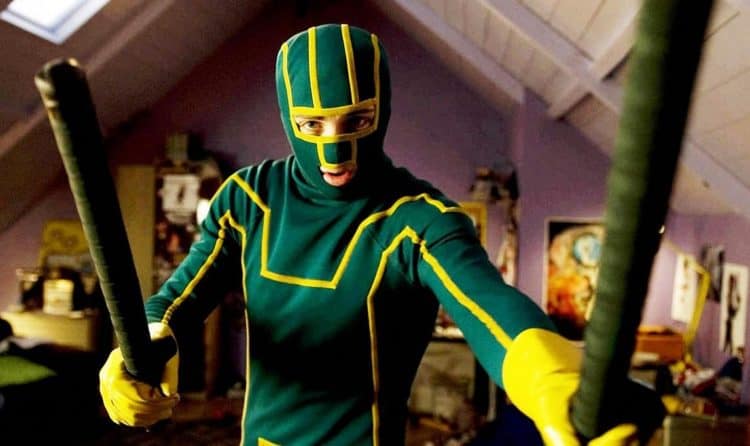 Despite the tease of a Hit Girl movie following Kick-Ass 2 in 2013, the news of the entire franchise has been pretty quiet for the past eight years. However, that all changed when Matthew Vaughn – the director of the first feature – revealed in a Collider interview that the series is getting a reboot, “We’ve got a big reboot of Kick-Ass in two years,” he said. “Big reboot.” While plans can change at any time, it’s a shame that the once rumored Hit Girl movie will never come to light. It’s understandable why the studio would baulk at the idea following the financial failure of Kick-Ass 2, but Chloe Grace Moretz was excellent in that role as she stole the spotlight in the first two movies. Granted, her mean-girl storyline hindered any true potential that Mindy Macready/Hit Girl could’ve had, but it would’ve been interesting to get more adventures of her as a solo act that was strongly hinted at in the final film. Still, reboots happen every year at this point, with many of them being unnecessary; So, that begs the question, is a Kick-Ass reboot something that audiences need in modern times? Eight years is a long time in the movie world. When Kick-Ass first came out in 2010, it was a refreshing take on the superhero genre. During that time, Kevin Feige was still building up his brand of superheroes and the theaters weren’t exactly packed to the brim in comic book features. Kick-Ass was bold, bloody, violent, and funny, packing in some nice social commentary while still satisfying the needs of fans who were looking to get their action fix.

However, once Kick-Ass 2 ended, the genre as a whole has increased in quantity and popularity. The Marvel Cinematic Universe is now in Phase 4 of its plan after Ironman, Captain America, Hulk, and Thor successfully dominated the landscape throughout the mid-2010s. Plus, R-Rated comic book films actually saw success during this time thanks to a certain mutant named Deadpool. Logan followed his success, but the final Wolverine pic was more than just another superhero feature. It felt like an intimate, graphic story detailing the struggles of the fallen X-Men loner. Still, in terms of R-rated superhero pics, that specific genre has a long way to go since movies like Hellboy, The Suicide Squad, and Birds of Prey and the Fantabulous Emancipation of One Harley Quinn flopped at the box office. However, the purpose of me bringing up all of these superhero flicks is to highlight just how much the genre has evolved since Kick-Ass 2.

We get a superhero feature every year now. In truth, there’s not much that the Kick-Ass brand can bring to the genre at this point. Can a new superhero film bring a new style and voice to the genre? Definitely, so it’s not impossible but if Vaughn’s reboot is to simply rehash the 2010 feature, then that’s a big mistake. The purpose of a reboot should be to enhance the original story or tell it from a different perspective. However, Hollywood tends to stick to the original script with new actors.  I won’t focus on this aspect too much as Vaughn hasn’t given details on what the actual movie will be. It’s possible that the perspective of the reboot could change. Maybe we’ll follow the adventures of Big Daddy and Hit Girl this time around. Or even Red-Mist will get the spotlight with Kick-Ass and crew being the side characters. Since there isn’t a confirmed name for the upcoming reboot, the possibilities of new stories in the world of Kick-Ass are endless. There’s no denying that there could be fun stories told, but the superhero genre is so loaded at this point that the feature would really need to go outside of the box to stand out. The problem is, Kick-Ass is following the footsteps of its comic book. It’s fiction, so obviously things can change, but unless the filmmakers decide to pull a Paul W.S. Anderson by completely deviating from the source material then Kick-Ass will likely remain the focus. There’s no telling what the reboot will hold. Who knows, it could turn out to be the best comic book film that’s ever made. However, the genre itself is packed and it’s going to be hard for Kick-Ass to stand out at this point. I hope Vaughn’s answer isn’t to make the film more bloody and violent because he wants to push the envelope of R-Rated superhero features. The King’s Man director sounded as if he was looking to make the movie more controversial than the first two, notably focusing on the R-Rated aspects. Vaughn clearly states that he couldn’t go into details duing the interview, but hopefully the new set of cast and crew can bring a new voice into a genre that’s pretty crowded right now.