Home
Entertainment
News
Why Haven’t We Seen an Event Horizon Reboot Yet? 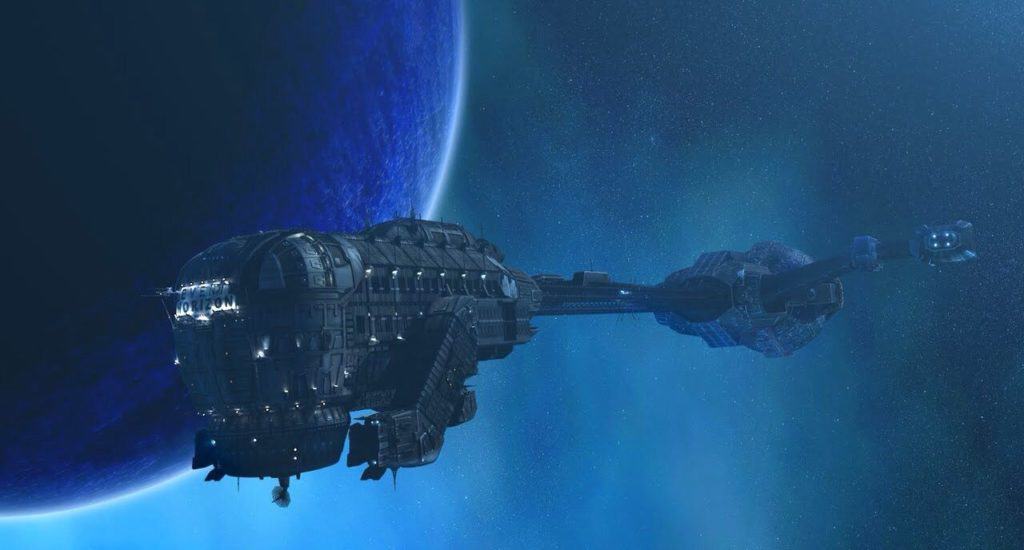 Quite honestly, maybe this is one of the many movies that shouldn’t be given a reboot. The mere mention of it as a TV show is worth a good cringe since Event Horizon might be better of with a sequel or a trilogy at best, since taking the mystery out of where the ship went to, putting a name to it, and explaining anything that came out of it would ruin the mystery. That’s not always a thought that people are bound to have when they’re creating the movie since many audience members want to know exactly what’s going on and why things happened the way they did. But the story of Event Horizon is one of the many that might need to be left alone since giving a name to the madness that the ship encountered and the entity that took hold of it really feels like it might suck a significant portion of life out of this story if it were allowed to happen. It might sound a bit sentimental, but it’s also a better idea to reboot the movie than to create a TV series around it since that sounds like a road to nowhere.

Event Horizon was actually a very well-put-together horror movie that had plenty of thrills but somehow fell short of the respect it deserved due to several factors. It had a great cast and a strong premise since the whole idea of a sentient ship that had picked up a strange and controlling spirit that latched onto the ship was a lot of fun. The violence and gore were a bit much at times but it did help to highlight the utter madness that had gripped the crew once they jumped into parts unknown. In a way, Event Horizon and Ghost Ship have a lot in common since both vessels in their respective movies are haunted in their own way and begin to show violent tendencies toward those that board them.

Granted, it’s the spirits that inhabit both vessels, but this still makes life very difficult for those that have been called or, in the case of Ghost Ship, alerted to the ship’s presence. The SOS that brings a rescue crew running to the aid of the Event Horizon is just as much of a trap as was devised in Ghost Ship, which is a clever lure since the sense of duty and responsibility in Event Horizon is quite strong until the crew comes to realize that something just isn’t right. After one of their crew members tries to commit suicide, while guided by some other force, by blasting himself out of an airlock, it’s pretty obvious that all isn’t well on the ship. When the disturbances continue, and become even more personal based on who’s in the scene at any given time, it’s likely that many audience members figured that it would be time to go since staying on a ship with no survivors is a no-win situation that most people wouldn’t stick around for, and any reasonable person would simply walk away from. But as it’s seen in the movie, once the crew enters the ship, they aren’t going to be allowed to leave.

There have been talks to reboot this movie, but it would appear that they’ve gone nowhere at this point and the reason is kind of hard to pin down since there appears to have been some difficulty in really nailing down the story. The whole TV idea though is something that should have never been considered given that it’s the type of movie that doesn’t need to be turned into another Stargate type. The fact is that people might want to see a reboot and some might even want to see a TV series, but the thing about this movie is that there’s a darkness to it that’s not so horrifically evil, despite visuals, that it could be called too much for the big screen. Dulling it down for TV, which is likely what would happen, would be a huge mistake since it would lose a good deal of the potency that it has, and would become just another science fiction thriller. While a lot of people might not lament this since they don’t watch the movie or haven’t ever seen it, those that have watched the movie and liked it are hopefully ready to see a proper reboot and not a jumped-up TV show.

Whatever happens is going to happen obviously, but the reason why a reboot would be preferable over a TV series is that this type of story is short, brutal, and doesn’t require a lot of change. But if we do finally see a reboot of Even Horizon it does feel as though too much will be changed and not for the better.