Home
Anime
Why Hanafuda Earrings are So Important in Demon Slayer 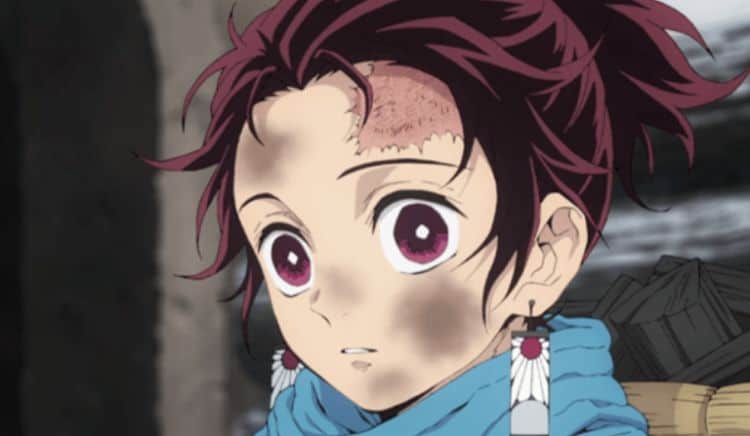 For anime lovers, Demon Slayer is a must-watch or at the top of their best anime list. It is an intriguing story that begins tragically after a boy’s family is killed by a demon who changes the boy’s sister into a demon. The boy must train hard and fight to save his sister from becoming a full-blown demon. Earrings handed down to him adds up to the thrill and also helps him find new friends that help him discover his full potential. Read on to find out more on why Hanafuda earrings are so important in Demon Slayer.

The Hanafuda earrings are passed down generations in Tanjiro Kamado’s family. Tanjiro’s father, who is a charcoal seller, gets the earrings from his father and he, later on, passes them down to his son Tanjiro. It can be assumed that the earrings are handed down to the eldest offspring since no other sibling of Tanjiro seems to be having the earrings. This can explain the feeling of obligation and urge to protect his sister and family from the very start. Tanjiro takes his role as the eldest sibling with a lot of boldness including fighting for his sister. The tradition seems to come to an end since none of Tanjiros children nor grandchildren seem to wear them. According to VideoTape News, the earrings are hung on the wall of the Kamondo’s family house.

The earrings are assigned to identify demon slayers who would wear the Hanafuda type of earrings to know who was one of them and those who were not. It was believed that the very best demon slayers would wear these types of earrings. Even when Muzan sets eyes on them he remembers a red-haired demon slayer and he becomes very agitated. During the olden days, those that possessed the earrings were considered great masters of the Sun breathing technique. This explains why Shanjiro is mad after he discovers Tanjiro is just bragging about the earrings yet he leaks skills, especially the Sun breathing skill, this happens in the 68th chapter of the Manga.

3. A Defeat Reminder to Kibutsuji

No super demon-like villain likes to be defeated and when Muzan sets eyes on the Hanafuda earrings he remembers a fight he once had with a demon slayer. He further goes on to remember his shameful defeat by this demon slayer. The slayer in his memory had the same red hair as Tanjiro and the very exact Hanafuda earrings on Tanjiro. According to Spoiler Guy, the demon gets mad and orders the beheading of Tanjiro, he also seems scared of the fact that Tanjiro bears the earrings.

4. Acts as a guide to the two evil spirits

According to Looper, when Muzan Kibutsuji sets his eyes on the earrings and has memory flashbacks of his near-death experience with the mere human who was a demon slayer, he gets scared and orders two of his evil spirits to go after Tanjiro and bring him back Tanjiro’s head. The two spirits follow Tanjiro and identify him with his Hanafuda earrings. Muzan specifically states that the one with the earrings is their target and the two spirits follow this order.

After his defeat by the red-haired demon slayer, Muzan does a background check and identifies who truly the human is. Muzan discovers that the man is Yoriichi Tsugikuni, the first demon slayer to use the Breathing Styles. These styles are methods of defense used by the demon slayers. Yoriichi Tsugikuni is also a legendary slayer among the demon slayer corps. Those that possess the earrings are considered the greatest threats to demons and are considered as the breath of the sun. The Komando family possesses the earrings, Tanjiro’s father seems aware of the responsibility and power bestowed to him. He attempts to explain this to his son who does not understand them until later on. Muzan traces the family and kills them all thinking that he has brought the Breath of the Sun to extinction only to be dumbfounded when he sees Tanjiro with the earrings.

The earrings are first worn by Yoriichi Tsugikuni and he fights the first demon, Muzan Kibutsuji with his breathing techniques. He is able to defeat him. Once the Breathing Styles are discovered to be an appropriate defensive skill against demons, demon slayers begin training on how to use them. Those that wore the Hanafuda earrings are considered to be skilled in practicing the Sun Breath.

Hanafuda is a Japanese card game where the cards have flower patterns. The name Hanafuda means flower cards, this explains why the cards in the game have flowers. The Hanafuda cards in the Anime “Demon Slayer” have raised a lot of raised eyebrows from viewers and critics. During WWII the Japanese had a similar symbol on their Imperial Rising Sun.

Animes are known to have originated from Asia, especially areas such as Japan, Korea, China, and countries near them. What makes the Demon Slayer stand out? Well, the earrings are among the few things that bring out the Japanese culture to the limelight. It brings out Tanjiro’s family lineage and the honor bestowed on them.

At one instance Shinjuro goes crazy and suddenly erupts with anger at Tanjiro. He goes on to further add that Tanjiro is there to brag about his skills in the Sun breathing Technique. Over the years Shinjuro’s family have been the best demon slayers and once he set eyes on the Hanafuda earrings on Tanjiro’s ears the realization that something greater than him is here makes him feel threatened all through. According to Chasing Anime, Tanjiro does not understand what is going on.

10. Potrays fear in a demon

When Muzan lays his eyes on the Hanafuda earrings on Tanjiro’s ears he feels a flashback and fear written all over him. He fears yet another defeat and he wishes to eliminate anyone with a connection to the earring, to a point of slaughtering the Kamondo family and ordering for the beheading of Tanjiro.