Home
Movies
Who Was Best as Aunt May? 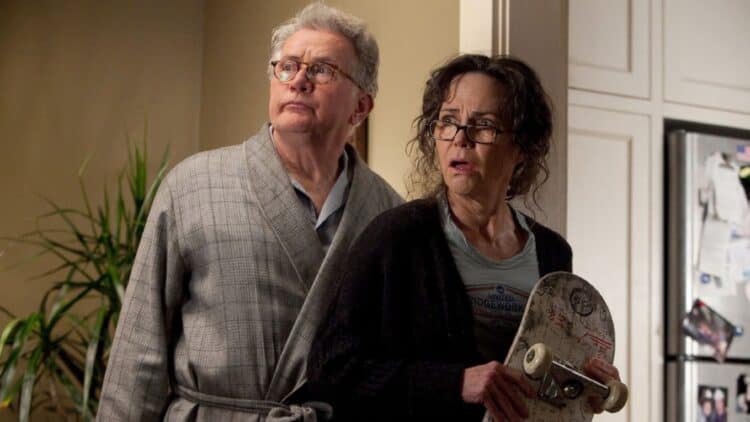 This is one of the many things that comes with comic book movies, the idea that characters are going to be represented by different people from movie to movie. Now that the multiverse has been introduced one can only imagine how many different versions are going to be introduced time and time again. When it comes to the story of Spider-Man however, the changes have occurred between the live-action movies and the animated features. Aunt May is a character that has been more than a little important in the life of Peter Parker, and while there have been several actresses that have taken on the part of Aunt May in one way or another, there are three actresses that are bound to be remembered the most. The fact that they showed up in the movies is why they’re remembered so well, and it also helps that they were celebrated actresses before they took on this role. But it’s very easy to think that a lot of people have a preference when it comes to one actress or another since the role of Aunt May is one of those that has been more than a little important in the Spider-Man movies.

Rosemary Harris, Sally Field, and Marisa Tomei have been the most noted faces of Aunt May in the various Spider-Man over the years, and among the three of them, it’s tough to say who is the favorite since a lot of people are willing to side with one or the other while respecting the other two. The truth is that all three women have done a great job in this role as they’ve been asked to do, but the deciding factor is how people see them, how they respond to them, and how well they fit their stories. Harris was great simply because she looked the part, as Aunt May in the comics has almost always been gray-haired and leaning hard into their golden years.

Sally Field was also a very celebrated actress coming into this role, but somehow she still managed to exemplify what it was to play Aunt May since she came in and did the job just the way that she needed to. The outlier in this trio is Marisa Tomei since despite the fact that she did just fine with the role, and despite the fact that she’s old enough to make it work, she didn’t come off as the typical Aunt May character in the eyes of a lot of people since she still possesses the looks of a woman that’s far younger than Harris or Field and it was made to work in a way for the MCU Spider-Man movies. Trying to say who played the role the best at this point is a bit tough since all three women were great in their respective movies. Picking a favorite at this point is tough as well since, with the multiverse wide open and able to be accessed for one movie or another, one might as well say that they like them all to varying degrees. Personally, Field is the compromise between Harris and Tomei since she’s aged quite well and she’s been celebrated in a lot of great ways since she’s taken on some of the most dramatic roles among the trio.

But really, Tomei was brought in, it would appear, to appeal to a younger crowd and give the role a younger look. There have also been plenty of rumors that she was supposed to have been given a same-sex partner at some point. This has led to discussions that her character wasn’t fully explored or given leave to become something other than what Field and Harris were turned into for the role. Trying to pick a favorite from the three is like trying to pick a favorite Spider-Man actor, which is possible, but also kind of a headache since it’s not an easy decision. Aunt May is the type of character that’s been a mainstay in this story, but she’s also been the type of character that can be pushed to the side now and then to keep her out of the main action. At least it was that way until the most recent movie when Aunt May was thrust into the action and taken out as a result of it.

At the end of the day, Tomei is great because she puts a new spin on the role, while Harris was great because she took the comic book appearance and ran with it. Field was the compromise that worked beautifully because she’s a great actress and because she could make just about anything work. All three actresses are great at this role, and to be fair, it’s the opinion of each individual that matters when it comes to who played the role the best.