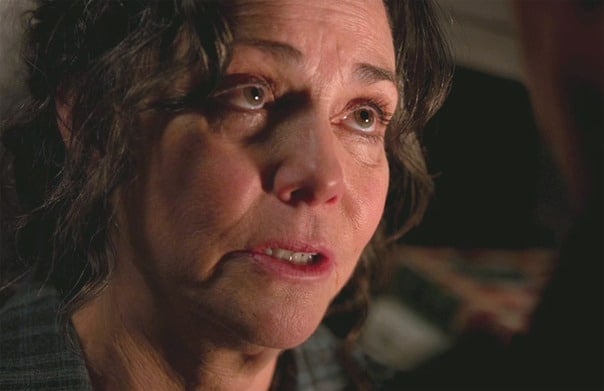 Some actors are just really good at crying, and Sally Field has racked up enough crying time to almost make a full-length feature of her doing just that. Granted, not all of them are the tear-jerking cries of someone that’s going through a rough patch or having a particularly bad day, but they’re all moments in which she looks fit to bust because something so horrible or traumatic just happened. She’s made a living at being an actress that can call up the waterworks on demand and is pretty good at it still, though in her younger days she was absolutely fabulous. As an actress Sally Field is wonderful and a lot of fun to watch, but like anyone when she starts crying it can get a little uncomfortable since you seem to be intruding on a moment that’s extremely tender and might even be a little heartfelt depending on the movie.

So let’s check it out shall we?

This is one of those moments when the crying is just so over the top that you can’t help but laugh and not feel guilty. The whole film is about a soap opera and the backstage politics that continually work to bring in new talent and try to keep the old talent around while not trying to cut anyone and offend them to such a degree that they start causing problems. That’s a mouthful.

It’s not a typical cry but it’s close enough that it counts since the look of horror on her face is so great that you can’t help but put it in the same vicinity as crying. In fact it’s safe to say that if the moment hadn’t called for outright anger in that split second that she would have broken down in tears. It was her birthday after all and it was effectively ruined when she found out her housekeeper was her ex-husband in disguise.

I don’t recall Aunt May being this emotional in the comic books or in the first few movies, but then every new actor plays the role differently. After all, Marissa Tomei decided to play the younger, sexier version of Aunt May while Sally Field played the older, kind of strung out version that always seemed to be on the verge of a breakdown or a crying fit.

Sally Field seems built to cry, as horrible as that sounds. She’s got a face that seems like it might have been designed to be etched by tears and wracked by the painful expressions that go with being in such intense mental and emotional agony that she can’t help but be ready to cry at a moment’s notice. Of course you could say the same when it comes to smiling and laughing as well.

This has to be one of the most genuine moments in her movie history when it comes to crying. No one should ever have to survive their child passing on. It’s a law of nature that the young tend to outlast the old, and one that many people would gladly follow if only to keep their children well and capable of moving on after they’re gone.

Sally Field is without a doubt a great actress.