Home
Entertainment
Who is Christian Bale’s Female Counterpart in Movies? 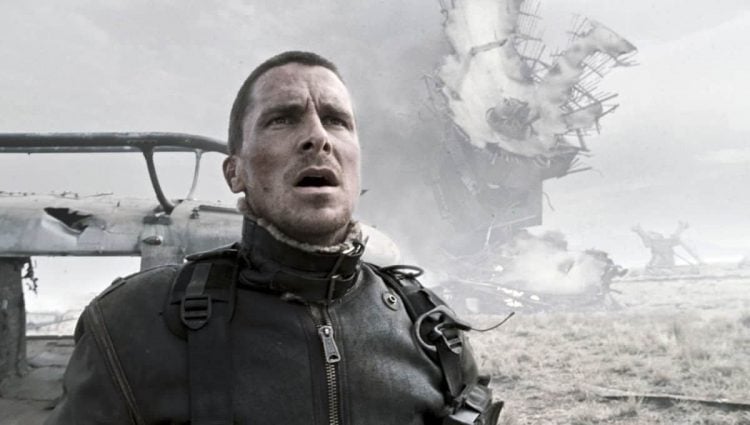 There are a lot of different factors to look at when comparing men and women in movies and as a result, when it comes to Christian Bale it’s probably best just to look at a couple of factors that make him such a great actor. For one he’s very expressive and knows how to project himself into a role, as he does in a sense become that person and take on the traits that make the individual worthy of being noticed. Another trait that gets a lot of attention is that he’s never been shy about altering his body in order to fit a role. This has been made more than obvious between his time in The Machinist, then American Hustle, and then the Batman trilogy. He’s altered his body in such a way that a person can’t help but wonder what effects might show up in his elder years as a result, though thankfully he’s consulted with professionals in order to keep his weight from fluctuating too wildly. But in terms of reinventing himself as far as body shape, attitude, and overall character, Bale has been a type of chameleon in the business that a lot of people can’t really match. There are some that are just as good, but out of the lot the one that really feels as though she can match him is Tilda Swinton, as she’s been seen to take on a number of different roles that cause people to look again when they’re told it’s her. Sometimes it’s not hard to see how she did it, but there are moments when it’s still difficult to equate two different roles with the same woman.

Tilda is usually easy enough to point out since her facial appearance doesn’t always change, but there are moments when it is difficult to figure out it’s her if someone doesn’t point it out. A few of her roles have been contested by fans largely because it was thought that the role was typically to be taken by a man, such as Gabriel in Constantine and the Ancient One in Doctor Strange. This is a big part of what makes her so great however since she can alter herself in subtle or obvious ways that make her appear as someone else. Then it’s a matter of taking on the persona and making it work for her in a different way than she’s approached other roles. That might sound exceedingly simple, but the idea of it is a lot easier to understand than the application since getting into character can be an arduous task for any actor and with some it’s very easy to see how they get typecast since they only approach any given role from a few well-defined angles. With Bale and Swinton however this approach is hard to predict sometimes since they’ve performed several roles that were a bit difficult to know how to take until the movie was far enough along that the role was finally fully established. In other words, figuring out just how each role is different from any other they’ve done takes at least a little bit of time to discern, but the point is that their many roles don’t overlap quite as much as other actors.

While Tilda doesn’t go to the same extremes as Christian she certainly doesn’t balk at changing her appearance to make sure that she fits a role. As Gabriel she had to appear fairly androgynous, meaning she could have passed for a man at a glance, but she also kept a fairly feminine mien about her. In Doctor Strange as the Ancient One, a role that managed to gain her a great deal of criticism, she took on the role of an ancient and wise being that had, as the story went, learned to draw power from the dark dimension that her order guarded against. She was decidedly feminine and identified as such, but the purpose given to her character was largely different than a lot of other roles she’d taken on in the past. The fun thing about Tilda is that she can play a sniveling yes-man as she did in Snowpiercer, or she can be the wise and benevolent, but also very powerful teacher as she was in Doctor Strange. Christian tends to be seen in a lot of action roles but can also work the drama as well since while The Machinist was something of a thriller it was also quite dramatic in many regards. Both actors are great at changing things up as they’re needed for each new role and are able to come up with a new look and a new persona in order to make their movies work, and it’s been impressive for some time now. After all, who would have thought that the same man who played Patrick Bateman could also play Bruce Wayne/Batman?