Home
Entertainment
When Diversity Tips the Balance of a Movie 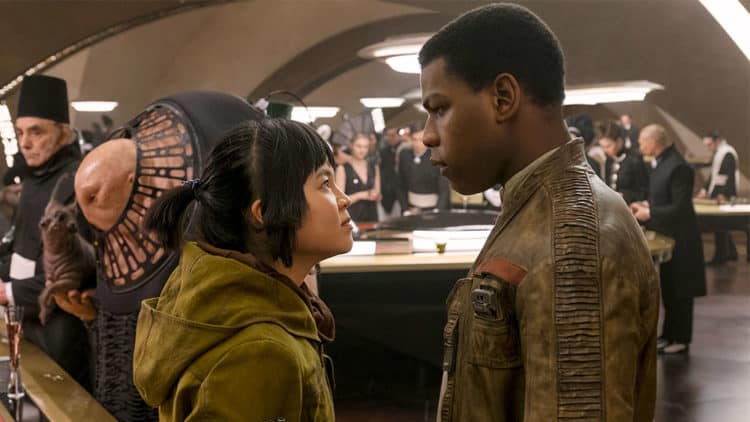 Diversity in a movie isn’t a bad thing it works a lot better than having one color, one race, or one gender throughout the entire movie unless of course the movie is fixated in an area where the predominant race, gender, or color of a person is meant to be showcased for the story. Otherwise, diversity is great, so long as it occurs naturally and isn’t forced simply for the sake of being diverse. To better explain that, placing people of color and different nationalities, and gender into a movie is a great idea a lot of times since it can show the world as it is without limiting the overall view and perspective given to the audience. By keeping a diverse cast in a movie, so long as it works in a natural and organic manner, things can progress in a way that feels normal to the audience and allows them to settle in to the overall narrative without wondering why there aren’t any other types of people being utilized for one role or another. But there’s a dark side to diversity as well.

What happens when diversity is used as the rule rather than a natural element to a story is that the balance of a movie or even a TV show can be tipped since it’s far too easy to let diversity take control of a project rather than just let the project be diverse. It sounds a little ridiculous, doesn’t it? The truth is that too many people in recent years have been obsessed with bringing together a diverse cast when it comes to making a movie, but unfortunately they haven’t been able to do much with the diverse cast that they end up getting. One could go ahead and agree with one of the more popular theories, which is that a lot of white directors don’t have the kind of experience or know-how it takes to handle a diverse cast. This means that they end up treating everyone as though they’re one color and lose any sense of what to do with actors from a cultural standpoint.

That could be true, but it could also be a very simple answer that’s made to forgive several other bad habits that any given director might have. Diversity in a cast has to do with more than the types of people that are cast into one role or another, it has to do with culture, perspective, point of view, and so on. Diversity has to do with a great many elements that can enrich and enhance a story if they’re treated with respect and allowed to flow as naturally as possible. The problem with using diversity in a movie for the sake of being diverse is that it ends up feeling forced, which is never that great of an idea for a story. Not only does this make a movie feel as though it’s been dragged, stretched, or otherwise coerced into being, it’s also bound to create a bit of resentment in many fans that happen to notice, as believe it or not, people that want diversity still want to see a good movie.

A story that flows naturally in a way that allows each character the type of dialogue that helps to flesh them out and create a solid place in the movie is highly preferable to the type of movie in which the characters are given heavy, clunky dialogue that doesn’t fit with the character or is so stereotypical that it sounds ridiculous. There are several examples throughout the past several decades when actors from different ethnic backgrounds were given dialogue and instructions to follow that turned fans off and nearly ruined their careers. And why? Because it didn’t feel natural, and as a result, the fans didn’t believe in the role, and in some cases, the reputation of the actor was tarnished in a way that couldn’t be recovered. Creating a vibrant world that’s diverse enough to satisfy many people is a tough prospect since there’s almost always bound to be someone that will say that something doesn’t look right, something doesn’t sound right, and their own opinion is that the director and screenwriters didn’t pay attention to one culture enough while they favored another.

Diversity is possible and it is a great thing to see in the movies, but it can also be a huge detriment to a movie as well when it’s used as a crutch to make certain that audience members are kept happy and satisfied that as many types of people are being utilized in one way or another. There has been diversity in the movies for a while, but plenty of people aren’t satisfied for reasons of their own. There have been women that have taken on the protagonist role, there have been people of color that have taken lead roles, and there have been plenty of movies in which or more cultures have been observed respectfully. But still, people call for more, and for reasons that have grown increasingly foolish, not to mention unreasonable.