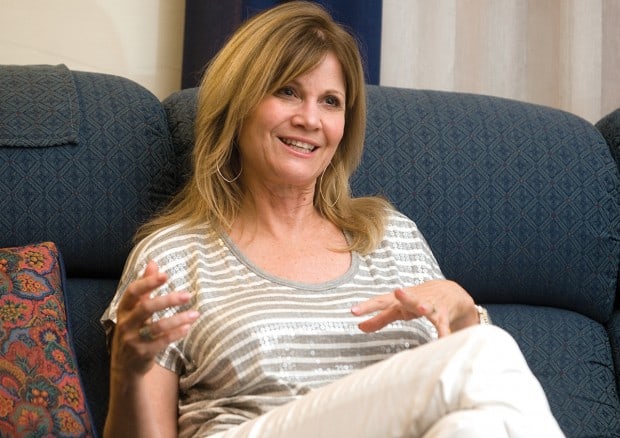 The actors that we enjoyed in the past decades are still around if you take the time to look. While some of them have likely passed away and others have retired, some like Markie Post have stuck around in order to continue their careers and let people know that they’re not quite done yet. While a lot of us might remember Markie from her time on Night Court, it’s interesting to realize that she wasn’t an original cast member. She came on during the third season and stayed on until the end, a constant foil to John Larroquette’s character Dan Fielding as she was the more reasonable and level-headed individual that contrasted his narcissistic tendencies. Markie did show up in the second season but it was by season three that she was a regular and a noted love interest for Harry Stone, played by Harry Anderson. She’s also shown up in a wide variety of TV shows and movies since her time on Night Court as she’s continued to push her career into the present where she’s currently still active and seemingly loving the life she’s built for herself.

You might remember that 1998 she was a part of There’s Something About Mary as she played Mary’s mother and took part in the iconic “Franks and beans” scene that became such a big part of the movie. Just as a treat I thought I’d remind you:

Yeah, that image is hard to get out of your head, you’re welcome for the comedic break though.

Throughout her career Markie has been one of the many actors that you cheer for when you see her and quite honestly it’s well-earned since she plays some very interesting and engaging roles. She was even on Scrubs at one point as Dr. Reid’s mother Lily, though of course such roles didn’t always last all that long. One thing that Markie has always had going for her is that she has looks, talent, and can be extremely versatile since she can play the nice person very easily but she can be a straight up witch with a capital B as well when she has to. That’s the skill she has and it’s one reason why it’s always nice to see her pretty much anywhere she decides to show up. She hasn’t done nearly as much on the big screen as she has on TV since that seems to be where she’s the most comfortable and where she seems to be able to gain the most exposure as she’s been keeping her career thriving throughout the years by taking on one part after another in order to stay relevant and of course to keep up with the talented young actors that keep making their way up and taking all of the best roles since show business is all about who’s hot now and who has the most potential.

Back in her Night Court days though it was pretty evident that Markie had a lot of talent that she could tap into and it’s been more than evident throughout the years that she’s been able to keep it up and keep pace with other actors that are several years, if not decades, younger than she is. That’s what a lot of people want to see from their favorite actors since sometimes just replacing older individuals with new and younger talent isn’t the best thing in the world since it forces people to get used to a new face all over again when they’re already so invested in the person that used to be popular. Markie has never stopped being popular is what’s great about her since her immersion into show business in the late 70s, in CHIPS no less, she’s been going sure and steady the whole way. It might surprise you to learn that her current net worth is around $12 million dollars, which means that she’s been smart when it comes to staying busy and making sound investments in her future. Too many stars that have such a net worth are often those that fritter it all away time and again only to be given another fortune once they complete another project, and while Markie definitely lives the good life she’s still been one of the wiser stars it would seem as she’s lasted this long for a reason.

One of her most recent projects was an episode on Santa Clarita Diet in 2018, and as of now she’s been seen in The Kids are Alright and a Christmas movie titled Christmas Reservations. While she’s not the biggest star out there she’s still one of the most steady and the most reliable and she’s proven that throughout the years in a big way. While it’s not likely that we’ll be seeing a Night Court reunion any time soon, it would be fun though, we’ll likely still be seeing Markie doing her thing for a while to come.