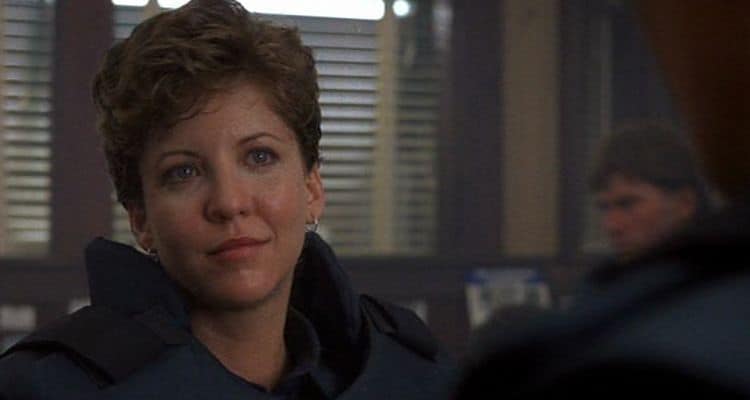 Usually, when we ask about what happened to an actor it’s quickly established that they’re still working but have kind of slid to the back of the pack for the most part. But with Nancy Allen that sentiment isn’t entirely correct since she’s been retired, more or less, since about 2012. In fact, from her bio, it looks like her last big appearance might have been back in 2008. It feels fair to say that a lot of teenagers and even those that don’t watch a lot of older movies and TV shows might have forgotten or never known about her. But those of us that remember some of the older movies are going to look back and remember a time when Nancy didn’t look any different really, apart from looking a bit younger, when she was playing a few roles that are pretty easy to remember. To think that someone told her at the age of 25 that she was done and there was no chance for her to keep going is kind of funny to be serious since some actors have still managed to do quite well after getting a late start. Telling people they can’t do something is usually a good way to motivate some folks, and for Nancy, it does appear to have done the trick since she showed up in one of the scariest movies at the time, the movie based on one of Stephen King’s books, Carrie.

She played the role of Christine Hargensen, the nemesis of the titular character if one could call her that. She was definitely the biggest tormentor that Carrie had since the other young women were either her followers or, like Sue, were sorry that they’d taken part in the humiliation that they’d put Carrie through. It’s hard to call Christine a nemesis, even though she was, simply because Carrie really had no inkling to fight back since she’d been beaten down, in an emotional and mental sense, for so much of her life that she didn’t know how to fight back. Once she learned of the power she held though. Even at that point, Carrie didn’t start to fight back until the pig’s blood incident, which is when she went absolutely nuts and took out her anger on everyone, exploding like a stick of TNT, figuratively speaking of course. The remake to this movie kind of went over the top and really created a character that went a bit beyond Nancy’s character since back in her day she was definitely nasty and took things way too far, but in the remake, the actress that took on the role was absolutely even worse.

Another great role to remember her from is that of Officer Anne Lewis in Robocop. When her partner was blown to pieces and then used for the new program that was being pushed to make better cops, Lewis had to deal with a cyborg version of the guy that she’d come to know briefly before his untimely incident. To be honest, despite being a vital character in the movie, a lot of people don’t remember her quite as well since she did get overshadowed by the titular character quite a bite. Thankfully that wasn’t the last we heard of her, but she did come back for the sequels, which only got worse as the idea kept moving along. She kind of did herself a favor by not showing up in the remake with Joel Kinnaman considering that the movie really didn’t do much and wasn’t really embraced by the fans in a big way, or the critics. But she did manage to stick around for a while into the 2000s performing TV and smaller roles as she finally stepped away at one point. She did have a part in the Poltergeist franchise, but unfortunately, it was in the third movie, which wasn’t all that great even though it did manage to deliver a few gross-outs and scares that people haven’t really forgotten. All in all, Nancy’s career was a successful one it feels like since she kept pushing forward until she was ready to get out.

Nancy has also been an activist working against breast cancer for a good while and was a rather big voice at one time in the advocacy for further research. As of now though, the rumor is that she’s living a nice, quiet life somewhere in the US, where it’s best if people don’t know even if it’s already been discovered. She’s one of those that have proven that a person can get out when they want, and they can lead a nice, peaceful life somewhere that others don’t need to know about. She did provide a great deal of entertainment to a lot of people over the years, and she’s due her peace of mind.