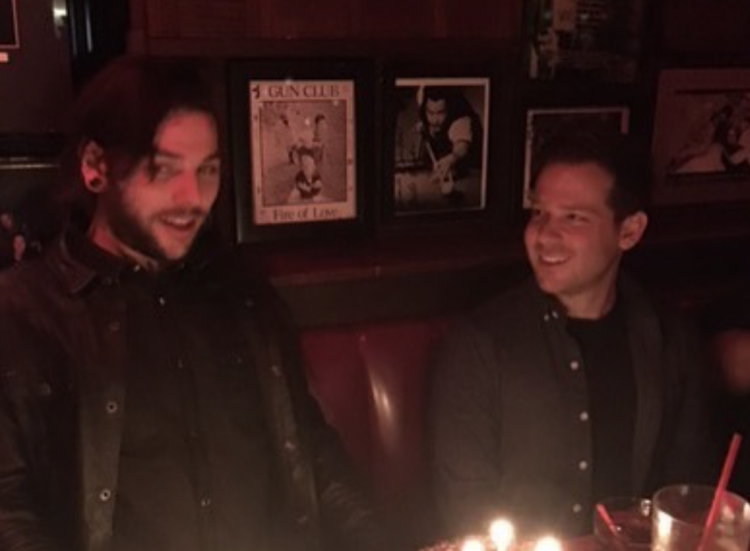 Marco Garibaldi spent his entire time in the entertainment industry behind the scenes. As a result, most people probably aren’t too familiar with his name and/or face. That said, most people probably will recognize the show that Marco worked on during the 1990s. In 1995, Marco directed three episodes of the popular show The Mighty Morphin Power Rangers. However, his time on the show remains the only directing credit on his resume. His only other credit is for producing the 2009 movie Across The Hall. His sporadic work has made many people curious about him, and in recent years people have wondered what became of the director who showed so much promise nearly 30 years ago. Keep reading to find out what happened to Marco Garibaldi.

Who Is Marco Garibaldi?

Marco Garibaldi was born in Italy but was raised primarily in Brazil. It’s unclear exactly when he moved to the United States, but we know that he has been in the country for many years. Since he has always been a pretty private person, we couldn’t track down any information on what inspired him to get into the entertainment industry or if he’s had any formal education in filmmaking.

In addition to the work he’s done behind the camera, Marco is also an entrepreneur who is interested in things like architecture and engineering. However, it’s important to note that his work in TV and film isn’t his only claim to fame. In fact, Marco is probably more well-known for his relationship with Elvis Presley’s former wife, Priscilla.

The couple was together from 1984 to 2006. They met through a mutual friend who suggested Marco as the screenwriter for a project. Eventually, the two ended up hitting it off. Marco and Priscilla have one child together, a son named Navarone Garibaldi. Marco and Priscilla were never open with the public about the reason for their split, but people certainly have their speculations. Several sources reported that the couple ultimately broke up because Priscilla questioned Marco’s commitment to the relationship.

The reality is that the world will probably never know the nitty-gritty. This is partially due to the fact that Marco signed an agreement that he would not write a book about Priscilla in the event that they split.

Even though he has always done his best to avoid the spotlight, it’s hard to keep the public out of our business when you’re connected to the Presley family. Still, Marco appears to have always kept a cool head through it all, which definitely isn’t an easy thing to do.

Navarone has no blood relationship with Elvis Presley, but he still managed to follow in his footsteps by becoming a musician. However, despite working in an industry that comes with lots of attention, Navarone, like his father, has chosen to keep the details of his personal life out of the spotlight. Instead, he prefers to focus all of his attention on his work as a musician, and it’s somewhat rare for him to mention either of his parents.

What Is Marco Garibaldi Doing Now?

Since Marco is a very private person, there is no information on what he has been up to for the last several years. He also doesn’t appear to have any social media profiles, which only adds to the mystery. What we do know, though, is that he started a production company called Godfather Entertainment in 2008. Unfortunately, however, we weren’t able to find any kind of online presence for the company, so it’s unclear whether it’s still in business. Other than that, it’s been pretty silent when it comes to Marco Garibaldi.

What’s Next for Marco Garibaldi?

At this point, there is no word on what’s next for Marco. According to his IMDB page, he doesn’t appear to have any projects in the works. He also doesn’t have any older projects that have not yet been released. Since it seems very likely that he will continue to live his life away from the spotlight, we probably won’t know what he plans on doing until he actually does it. With his immense talent, it wouldn’t be surprising if we saw him do more directing and production work.

On the other hand, he may decide that he simply doesn’t want to work anymore. He is now in his late 60s, and there’s always a chance that he’s decided to retire and focus on some of his other interests. Plus, he has probably made more than enough money at this point to be comfortable.