Home
Movies
What Will Come After The Rise of Skywalker? 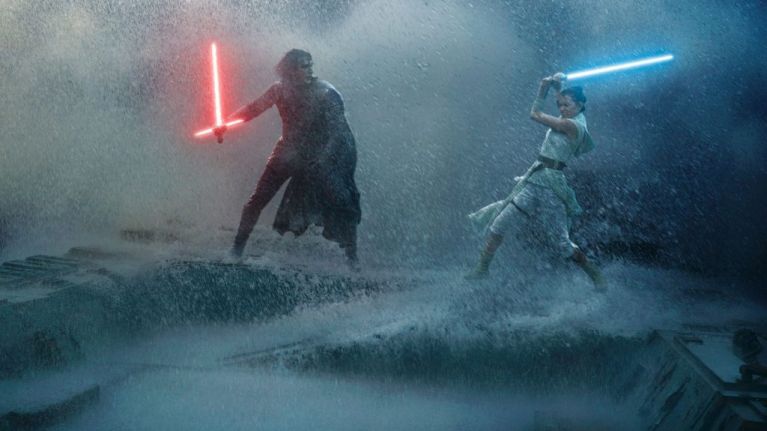 After nine movies you can imagine that Star Wars is going to need to take some time to sit back and recharge before going in for another round. So even with the rumors of Riann Johnson trying to come up with his own trilogy (shudder) it would seem that there are no concrete plans for another movie to come anytime soon after The Rise of Skywalker is over and done with. That might not sit well with fans as Christopher Palmeri and Emily Chang of Bloomberg might think, but it could actually be a time to regroup and for Disney to decide just what they want to do with the next installment. Hopefully saner heads will begin to prevail as they move forward since despite the Skywalker saga apparently being over and done with as of this coming movie, there are plenty of stories that exist in the Star Wars universe that could be used as a means of restarting and reviving the franchise in a big way. If they were smart they might even consider an overall origin story as is seen in the books.

Dawn of the Jedi is a book that takes place long, LONG before the current order, when lightsabers weren’t even a reality, and when the burgeoning Jedi were still learning of the Force and how to utilize it. Just think of the possibilities moving forward, IF Disney decided to be level-headed about this and take the idea of actually building the whole Jedi vs. Sith war into something that could become the basis for the three trilogies we already have. That might cause a lot of people to actually gasp in awe as they tried to take in just what it might mean for the Jedi to emerge as the protectors of the universe, even as the Sith rise up to destroy them, creating the imperfect balance that might one day become what we’ve already seen. It’s at times like this that I do wish that Disney would play closer attention to the source material, since they could make Dawn of the Jedi and everything that stretched upwards into the prequels canon very easily without having to abandon anything that has already been put in place. It’s frustrating to think that such a thing might not happen, but then again it’s been frustrating since Disney took over considering it took so long to receive a new trilogy given all the plans they were no doubt harboring. But this is what it is, and at this point it sounds as though there aren’t any movies bound to come out even by 2022. Perhaps by that time the Mouse House will have finally realized that listening to the fans might actually be a good idea sometimes, or perhaps a writer will have emerged in the Disney ranks that could possibly stand their ground and make the execs take note that Star Wars needs a truly epic story to come back to center.

This is of course assuming that The Rise of Skywalker is going to follow in the footsteps of The Last Jedi, which many people are hoping and praying won’t happen. With the re-emergence of Palpatine, the final showdown we’re hoping to see between Kylo and Rey, and the mad dash to show how the rebels will finally overcome the First Order (oh come on you know it’s going to happen) a lot of fans are already starting to look past this movie in order to wonder just what will come next, and if it will finally be worth praising instead of picking apart as so many have done to the past two movies. I’ve given one idea that might work, and others have brought forth theories that some might want to accept, but in truth the final say is going to be Disney’s, and we’ve already seen what they WILL do, not what they CAN do. Having faith in Disney at this point is a tough proposition largely because they’ve abused the trust of a lot of fans, but it’s still a possibility since they have a long track record of finally coming on strong and being able to really dazzle the audience. Hopefully that will be the case in this movie since they’ve got a lot of ground to cover and a lot of trust to regain.

At this time the idea is that we won’t see another Star Wars movie in the next few years, but a lot of us know things can change from month to month when it comes to show business, and thinking that something is over and done with is never the smartest idea. Star Wars will return without a doubt, but the question is going to be which story line Disney will want to pick up when it does. Adam Chitwood from Collider has more to say on this.