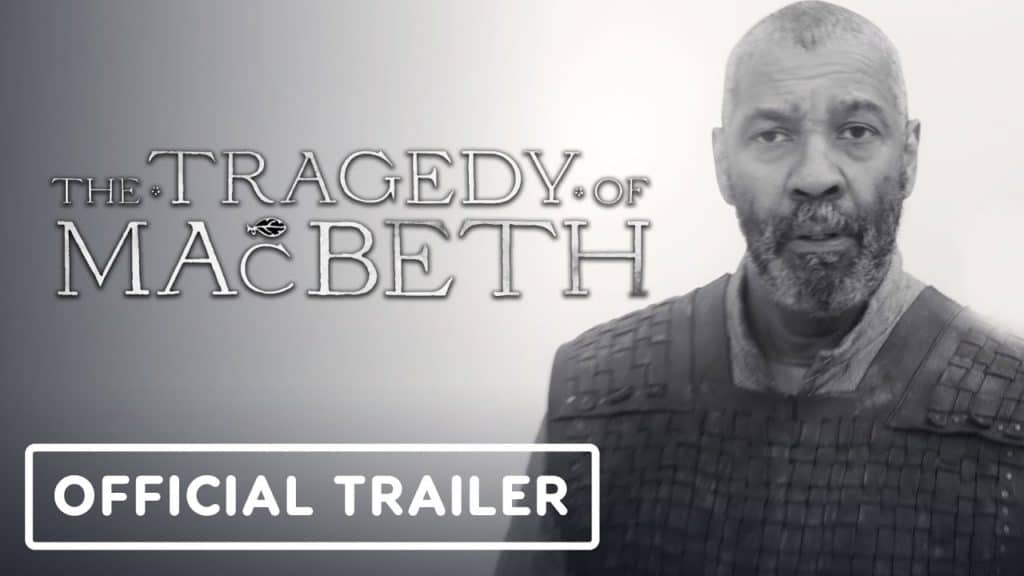 Whether you had to read the story in high school, act it out in drama class, or are just a big fan no matter what, Macbeth has been one of the most well-known plays for a long, long time. As one of Shakespeare’s more renowned works, it’s been among the many that have been analyzed and ran through with a fine-tooth comb by many a scholar and playwright alike, and as of now, it’s been one of those that some people groan when they hear about it, while others will cheer since they love it so much. But this current rendition that will appear on Apple TV+ is giving some people the chills and simply irritating others since the idea of putting Denzel Washington into the cast is something that has proved to be a little more divisive than one might have thought. The man is a great actor without any doubt and knows how to take a role and make it his own. But any arguments that are bound to be made are a little tough to get behind due to the idea that an actor is there to act, no matter who they are, what they look like, how old they are, etc.

It’s true that the guy is a bit old for the role he’s going to be playing and yes, there are plenty that will point out other supposed inaccuracies they don’t like as well. But in this day and age, it’s become pretty normal to see that a lot of people don’t care about glaring inaccuracies so long as the movie in question is something they can get behind thanks to the acting. Granted, there are some movies that don’t make a lot of sense when it comes down to swapping out individuals due to race, skin color, gender, or even age, since if one wants to speak from the standpoint of how a story was written and how each character was written in, then there have been many movies that have missed the mark.

But if the movie can go off without a hitch and the acting can prove to be just as powerful as people know it can be, then there shouldn’t be much of an issue since to be fair, the acting is sometimes the main point and can mask pretty much anything that needs to be covered up. Washington is the kind of actor that can give such a stellar performance that people won’t care if he’s the right guy for the role or not, they’ll accept it because he’s the type of actor that makes them believe in any character he’s playing. This particular story is bound to be a challenge when it comes to people accepting Denzel as the character he’s supposed to be, but all in all, if people really have that kind of issue, all they need to do is not watch. The fact that this simple truth eludes so many is astounding since people would apparently rather grouse about things they can’t change rather than accept what has been given to them, or change the channel. I’ll admit, I’ve growled about several things in life that I couldn’t change, but once that venting is done and over with, it’s time to move on and either admit that the performance was in fact quite good, or just find something else to watch and let everyone else enjoy.

One thing about any Shakespearean tale is that it really depends on how the movie comes together when deciding if it’s really worth anything or not. There will always be debate about this, but the fact is that a movie is worth something so long as it comes together in a manner that can be enjoyed by a mass number of followers. Some people live their lives by what Shakespeare wrote so long ago, and many simply enjoy the bard’s fanciful tales in a manner that gives them a bit of enjoyment during their day. But just going by the trailer, this movie already looks as though it’s bound to captivate more than a few fans no matter how many arguments people want to throw at it. One thing that people really need to start doing is to listen less to the critics while making up their own minds as to what is acceptable and masterful, and what is a bunch of garbage. The results might astound people.

Definitely continue to listen to the critics with half an ear since their opinions could come in handy at times, but those that are already getting down on The Tragedy of Macbeth might need to idle for a bit and let people make their own decisions on whether it’s worthwhile or not. From the trailer, it does appear that it might have more worth than many might think.