Home
Movies
What We Know about The Borderlands Movie so Far 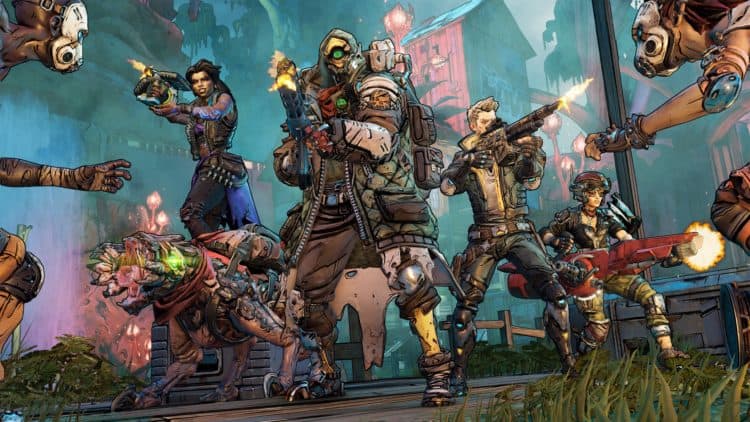 Like the rest of the big productions in Hollywood that people are waiting on we know that the Borderlands movie is being highly anticipated by those who are in the know, but it’s also common knowledge at this point that it’s going to be a while before Eli Roth’s vision can be played out on screen due to the lock down. With that being said though there’s a great deal of expectation that this adaptation will not only be faithful to the game, but will be bringing in top-tier talent to flesh out the characters as well. As Meg Bucholtz of Looper would state there aren’t any real concrete details to give about the movie yet but for those that have played the game there’s a big likelihood that they already know what’s coming, at least in part, and for those that have watched anything that Eli Roth has done in the past, they know it’s bound to get bloody. In fact the rumor is at this point that Roth wants to use cosplayers for the movie as extras and possible aggressors so that the main actors have someone to shoot at and take down in the most grisly fashion possible. While that might sound kind of odd to some folks thinking of it might cause a lot of cosplayers, particularly those that have played and love the games, to salivate just hearing it since it’s a chance to be on screen and have one of their favorite characters dispatch them in what could end up being a very successful movie. Show me a cosplayer that wouldn’t jump at that, just try.

Just for those that don’t know what the game is all about, apart from the main cast taking out bandits and other aggressive characters and beasts, Borderlands focuses on a point far in the future when mega-corporations (yes, it goes there) seek to control various planets and their vast resources. Upon finding a planet named Pandora (ironic, isn’t it?) they discover an alien vault that they just have to have. A team is sent in, and the story really kicks in as the team has to do whatever they can to secure the vault and fight off a horde of bandits and other characters at the same time. One can only guess that the team is highly specialized and capable of defending themselves and their employer’s interests. As far as the movie goes there’s really no word on casting yet since it’s still in the writing stage apparently, but there is one name that’s been considered for the role of Lilith, a very powerful character that’s been there since the first game and has her own set of abilities that make her unique. According to Chris Evangelista of SlashFilm and many others, Cate Blanchett has been talked to concerning the role and could very well take it moving forward. Her character is what’s known as a Siren from the planet Dionysus, and can turn herself invisible and emit powerful shock waves that can damage enemies. Cate might sound like an odd choice for such a movie but fans might need to recall that she did play Hela in the MCU, so it’s not too far out of her reach to play yet another super-powered individual. Given that Lilith will probably be far less powerful than Hela it might be that Cate will have to turn up the heat when it comes to her acting, but given the level of talent she possesses that doesn’t sound like too much of a challenge.

As far as anything else goes Borderlands is still a work in progress until the studio can open and people can get back to work. It’s already being hailed as another movie that is breaking down the barriers when it comes to the transition from video games to movies, which is still a bold statement in this day and age since there are still video game movies that have fallen short of the mark. There is a trick for making a popular and loved movie out of a video game, and some have discovered it as Sonic the Hedgehog did pretty well before the lock down came about, especially after the redesign that likely helped to save the movie from a disastrous run. Whether or not Borderlands will be able to capitalize on such a transition is hard to say since games such as Doom and several others have done their absolute best to bring the gaming experience to the big screen but have flopped horribly. Maybe that’s the trick though, as it’s more about telling the story with the game elements being present than reenacting the game with the story elements poking out every now and again. The hope of course is that Roth will be able to figure it out and do what he does best.