Home
Movies
What We Know about Paranormal Activity 7 So Far 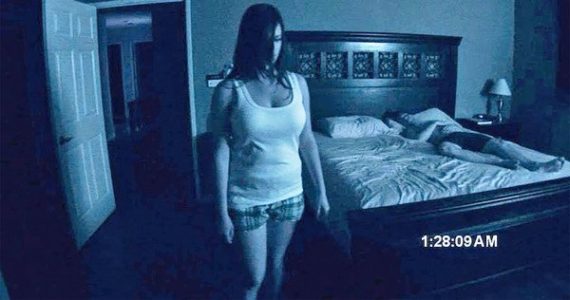 Ryan Scott of MovieWeb is as accurate as anyone could possibly be when he states that money talks, and that’s pretty much why we’re getting another Paranormal Activity movie. It’s not so much about creativity as it is about another cash grab, a chance to make money scaring the living daylights out of people since they tend to enjoy it on a big scale. Unfortunately that’s kind of a sad commentary for creativity and innovation since it implies that so long as the money is there we’ll keep getting sequels, remakes, reboots, and anything that doesn’t have to do with building another world or franchise from the ground up. The essence of risk is kind of diminished in that light, and as a result so is the idea that anything truly new can come from a franchise that’s now in its seventh installment in which we’ll likely see the same old thing that’s been rehashed six different times. The only real facts that can be brought to the attention of the soon to be excited audiences however are that the movie is happening and Chris Landon is returning to work on the movie as he did for several of the others. Apart from that any and all details are being kept under wraps at the moment.

It’s easy to state that people were genuinely scared when watching the Paranormal Activity movies in the theater since the reactions that were shown during commercials are sometimes hard to fake, but upon watching them some of us might have wondered just what people were really reacting to, the implied terror or the actual appearance of strange phenomena. Maybe it’s the reality that a lot of us have been desensitized to a great deal of what horror has to offer, but the ‘found footage’ horror movies haven’t been all that great ever since The Blair Witch Project was given its run on the big screen. One thing that Paranormal Activity did possess is the regular camera stability that was kind of lost in The Blair Witch Project given that some people actually felt motion sick after watching TBWP. Seriously, was no one else bothered by the rough handling of the camera to give it more ‘authenticity’? One could say that PW had limited scope in what the cameras were set up to catch, as there could have been and likely was other activity taking place in the house. This was part of the buildup however, a way to keep the people scared and in their seats so as to maximize the terror. It worked obviously, but it still appeared very limited.

Part six was supposedly the last movie in the franchise, but again, money has a very loud and persuasive voice and as such ignoring it must be very difficult no matter that six movies is enough to not only close the circle and make it evident that the first five movies were part of a big loop that was finally revealed, but that the sixth was an attempt to continue the story onward in a way that might make people want more. Well, now we’re getting it, and there’s no idea just how it’s going to go or where the story is going to take off towards. The idea that there’s still a coven behind the ghostly, demonic presence that’s been around for every movie is kind of hard to deny since that’s been the driving force behind a lot of the story. But whether or not it will be as prevalent or if it will somehow be shoved into the background again is hard to say. There have actually been those that practice Wicca that have been a little displeased with the manner that witches have been shown in these movies since despite their lack of prominence they’re still seen to consort with a dark and very malevolent force. Anyone that reads up on Wicca is going to find out rather quickly that the general idea is to not invite any negative energy into one’s life and seek to protect oneself and others from any negative influences. But this is the movies, so negativity tends to rule when it comes to the supernatural since it invites so many other story lines than positive vibes can. That doesn’t say a lot for the desires of the human race, but hey, it’s entertainment.

There’s no set date yet for when the movie will release since at this point it does sound as though it’s still in its infancy and has yet to really take shape. The fact is that we know the movie is coming, but nothing else has really been revealed that could be called ground-breaking. Once more details start to emerge people can fully expect to hear more about it. Until then it’d be a good idea to catch up on the Paranormal Activity movies or review them to see if there might be any clues as to what the next movie could be about.