Home
Entertainment
What Do We Think about Luke Hemsworth as Wolverine? 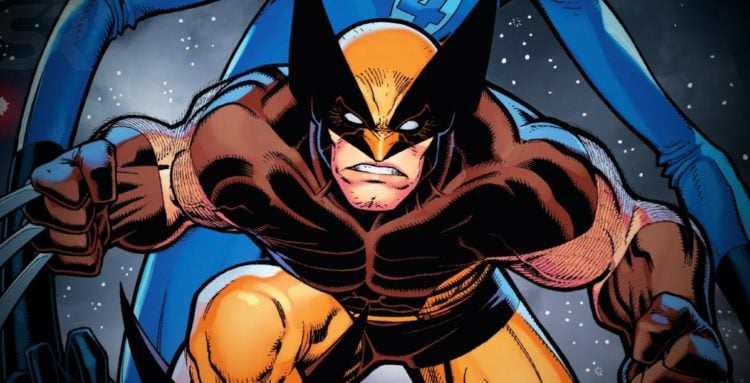 Anyone thinking that Luke Hemsworth, who had a brief role in Thor: Ragnarok, acting the part of his younger brother in an Asgardian play, might not be able to take on another role in the MCU might have to check themselves a bit since it’s very possible that said Asgardian actor might have been killed when Hela sent her undead minions to attack those fleeing the city. And it’s even more likely that he was killed when Thanos assaulted Thor’s ship since the mad titan didn’t appear intent on leaving anyone on the ship alive, despite his desire to halve the universe to enact his plan. So really, there’s nothing that might kick Luke out of the running to become Wolverine in the MCU at this point, especially with the idea of the multiverse being so prominently hyped. Plus, at 5’11” he’s at least a little closer to the height of the famous mutant since Wolverine in the comics has never been a big guy, even if he’s been one of the deadliest. So far the emergence of the X-Men is being kept under wraps, as is the idea of bringing the Fantastic Four into the fray. Plus, with the pandemic still very much in play, one has to wonder just how long it might be until the MCU might be thinking about developing any other properties since there’s no telling just how long it will be until theaters are able to operate at full capacity again, if ever.

It’s not even certain how the story will go this time around since with Hugh Jackman at the helm the character Wolverine was given a great deal of hype that he lived up to most of the time, but his story was also changed a bit even as it was kept the same at times. This is where the argument for the multiverse would come into play since, in Origins, Logan’s family life was seen to be shattered when his biological father attempted to reveal the truth to him, shortly after killing the man he believed was his father. After being spurned by his mother and killing his biological father, and pairing up with his brother, Victor Creed, Logan would make his way through history, aging very little with each passing year and becoming the person that so many fans enjoy. In The Wolverine, it was made clear that his life was even more interesting since he suffered a nuclear blast, and in the X-Men movies the character was brought to prominence in a way that kind of upset the origin story but at the same time played around with it yet again. And then in X-Men: Apocalypse, he was shown being used by the Weapon X program once again, thereby retconning the character once more. So far, Wolverine has been utilized in a few different ways and ripped up and redone with the same actor, but the MCU would be bringing yet another face to the character that would hopefully last for a while longer since Jackman has stated that he’s done with Wolverine, a statement that he’s earned after so long considering that he played the character almost perfectly.

Wolverine is definitely a character that people aren’t willing to let go just yet, even if he’s died in the comics and in the movies. The multiverse is going to be a big saving grace for a lot of Marvel characters it feels like since a few characters have been brought back to life through the years in different ways. Bringing Wolverine back might be kind of interesting, but it’s also going to be something that needs to be done with a bit of finesse since he is a favored character and someone that people are going to want to see portrayed as expertly as possible. Jackman has raised the bar on this character in a big way, so if Luke Hemsworth wants it, he’s probably going to have to fight for it since there are likely other comic book fans within the Hollywood elite that would like a crack at it. There is the idea that since one Aussie has taken on the role that another could do just as well, which is a weak bit of reasoning really, but is kind of interesting to mention. What it feels as though it might really come down to is finding someone that can exemplify the character in a manner that will be just as convincing as Jackman but will be just different enough that he’ll be believable. Many people are still calling for X-23 to emerge as the next Wolverine, which could be interesting since Laura is undoubtedly fun to watch and could be a great asset to the team. But she’s not a replacement for Wolverine, unfortunately, since that role is pretty unique.