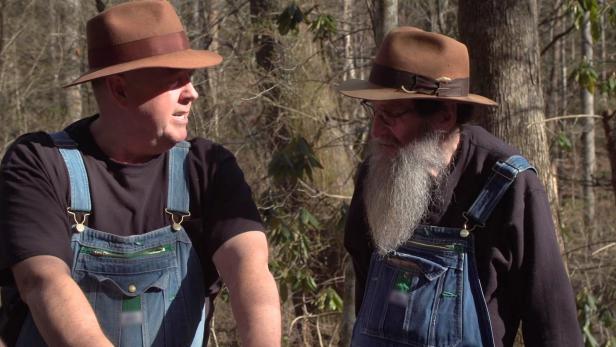 JB Rader isn’t a name that many people are familiar with, but in the world of moonshine, he is considered a legend. He is exactly how to make the perfect moonshine. As a result of the attention he’s received from Moonshiners, his level of fame on the Internet is increasing as well. He has been featured on the Discovery docuseries, Moonshiners and has worked with other well-known people in the industry including, Marvin “Popcorn” Sutton. But like most legends, there is a certain level of mystery that surrounds JB Rader and his story.  Continue reading for 10 things you didn’t know about JB Rader.

Most people who are familiar with JB Rader’s TV career know him from Moonshiners, but he’s actually had other on screen appearances. He appeared in two documentaries on Popcorn Sutton’s life including the 2008 film, The Last One and the 2014 film, Popcorn Sutton: A Hell of a Life.

2. There’s A Song About Him

Having a song written in your honor is one of the true marks of a legendary person. Singer/songwriter, Chad Triplett wrote a song in JB’s honor called “The Legend of JB Rader“. The song highlights JB’s career as a moonshiner who worked alongside Popcorn Sutton. Some of the lyrics include “He learned it from the master, how how to run it faster/and stand, stand the test of time”.

3. He Has His Own Moonshine Line

In 2019, JB Rader teamed up with a distillery in North Carolina to produce his own line of moonshine. According to the team at the distillery, “We showed J.B. our facility here at South Mountain Distilling Co. and let him try all of our spirits. He was impressed with the quality of products that we produced, especially our Jasper’s Shine.”

4. He Was Never Caught By Authorities

JB definitely isn’t the type to let the ‘fame’ go to his head. He still enjoys the simple things in life and many of his fans have described him as nice and “approachable.” JB’s low key nature has been a part of his always been a part of his identity and it may be part of the reason why he’s been so successful. JB’s reserved lifestyle kept him off of law enforcement’s radar.

In addition to being long time colleagues, JB Rader and Popcorn Sutton had a strong friendship. So strong, that Sutton mentioned Radar in his last wishes. In his will, Sutton wrote: “In burying my bodily remains, Mark Wayne Ramsey” [of the Newport fire department] “shall request the assistance of Big Dave Strange, J.B. Rader, Cookie Wood, and Gary Frost. Said persons are directed to engage in the consumption of intoxicating beverages during my burial. No other persons . . . shall be allowed to assist in or attend my burial.”

6. He Met Sutton While He Was At Work

JB Rader and Popcorn Sutton’s working relationship began in a rather ordinary way. Rader was working at a local store when Popcorn came in one day and asked if Rader had work the next day. When Rader replied no, Popcorn invited him to the distillery. Although Rader was initially just supposed to watch, he eventually ended up becoming Sutton’s assistant.

7. He Loves To Experiment When Making Moonshine

One of the things that made JB Rader and Popcorn Sutton so successful is that they weren’t afraid to take chances. They were responsible for coming up with new and innovative ways to make moonshine and they loved to experiment with different flavors.

8. He’s Proud Of The New Generation Of Moonshiners

Passing the torch to the next generation isn’t always easy, but it’s something that JB Rader is happy to do. He is proud of the younger guys and they are equally happy to have JB around to share his wisdom and stories from the old days.

9. Rumor Has It He’s Made Moonshine For Celebrities

As with any other legend, there are lots of stories surrounding the glory days of JB Rader’s moonshine making days. One of those rumors includes that he and Popcorn used to make moonshine for celebrities including Willie Nelson and Johnny Knoxville.

10. He Still Loves To Have A Good Drink

It’s unclear exactly how old JB Rader is. However, most people estimate that he’s in his late 70s or early 80s. But despite no longer being a young man, JB still loves to have a good time. Whether beer or moonshine, JB still enjoys having a drink with his friends in the moonshine community.