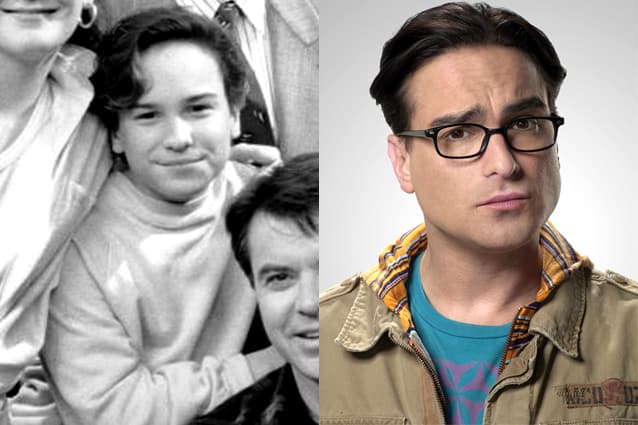 Johnny Galecki really doesn’t get enough credit for what he’s done in his career. As of now a lot of people know him for his role in The Big Bang Theory and that’s great. Playing the role of Leonard he’s made a very big name for himself and has secured what should be his crowning achievement in TV thus far. But really and truly he’s been a star since before this show and some people likely already know this. If you go back in his film and TV history he’s had appearances in some of the best shows and movies ever made, and of course appearances in some that probably should have been left alone after their initial outing. The point is though that Galecki has had a lot of work before The Big Bang Theory and below are a few good examples.

Poor Rusty. You might say Poor Clark but really Clark kind of brought a lot of stuff down on himself with is out of control expectations of the holidays. But Rusty was the unfortunate kid in the family that kind of had to go along with his dad when it came to getting anything done. Leaving out the part that with each film the role of the kids changed, this version of Rusty had to put up with a lot and also had the opportunity to miss out on a lot. Keep in mind that he didn’t have to help his dad hang ALL the lights, as Clark was out there on his own for a good while trying to make sure that he got everything perfect. But Rusty, along with the rest of the family, just kind of shrugged their shoulders and put it off as Clark being Clark.

Max – I Know What You Did Last Summer

Max is kind of a tragic character since a lot of us can probably relate to him in some way. He’s the guy that works hard, keeps his nose to the grindstone, and yet wants someone that he can’t really have because she runs with an entirely different crowd. The only problem with Max is that he does have a huge chip on his shoulder and he’s not afraid to let it show. That being said his death is simply brutal. One moment you’re chucking live crabs into the pots to boil and the next you’ve got a hook buried in the underside of your chin like a fish on a gaff and you’re being hauled across the counter in a wide smear of your own crimson fluids. Max’s role was cut short, no pun intended, but it served a purpose since it gave another individual in the movie that was there for the sole purpose of dying and being kind of a nuisance at the wrong time.

Anyone that can hold their own with a man like Christopher Walken in a movie is to be considered not just talented but on the kind of level that you just don’t question. So Ira was a bit of a crybaby and a sniveling yes-man, but Galecki played the role beautifully and didn’t flinch. The movie itself got passed over by a lot of people as not being good enough, but if you really sit down and watch it you get the sense that it’s not just good enough, it’s one of the better movies out there.

Johnny had several other film roles apart from these but both films were kind of where he got to shine for a brief amount of time before he was kind of overtaken by the rest of the cast or by circumstances. TV was where he really started to shine after a while and got to be more than just window dressing or a supporting character.

David was a rather quiet character on this show and didn’t seem to fit in a lot of times, but he made do. In a family like the Connors though you can’t help but feel for anyone that was included after birth. Those that were born into the family had a hard enough time getting by, so anyone joining in when they’d already seen enough of the world to know that there was something else out there would have a rather tough time adjusting. But David did it easily enough and became a fixture on the show since he and Darlene were very compatible for a while. But really, seeing him as part of the Connors’ household was like watching a mouse trying to live with a bunch of bears, just waiting to be squished.

However a person wants to think of Johnny Galecki they should realize that he’s been around for a while and knows what he’s doing. He’s not the actor that just came in off the street or from some college dorm looking for a job before The Big Bang Theory. He’s a guy that’s got enough experience to trump just about anyone on the show a couple times over.