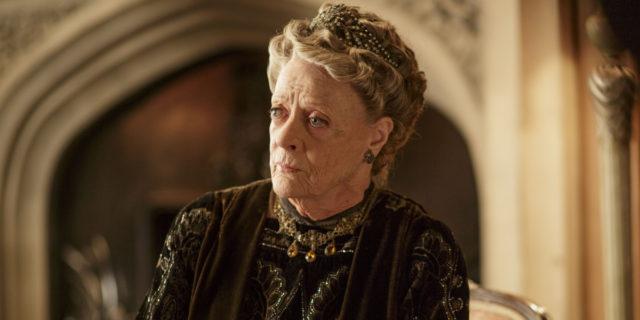 For those that love period pieces Downtown Abbey is one of the most beloved shows to come along within the past few decades. It depicts an aristocratic family known as the Crawley’s and their domestic servants between the period of 1916 to 1926, and shows how world events affect the family and their surrounding environment. In a sense it is a certain point of view that allows the story to develop as these events are seen to change the family’s views and beliefs as they move along carefully proscribed story arcs. What many fans have been wanting since it arrived on the scene however is a film that manages to capture all the pleasing visuals and story lines that Downtown Abbey has to offer.

While it’s not necessarily for those that want action and adventure every other minute, Downtown Abbey is an interesting show. Here are a few things that fans would like to see in its theatrical debut.

Thus far most if not all of the original cast is one board with the project. This is fortunate considering that starting over with a new cast that may or may not know the story line as well would be quite difficult and a serious letdown to fans of the show that are expecting to see familiar faces. So, barring any unfortunate setbacks the entire Downtown Abbey cast should be making an appearance.

4. The script has to be spot-on

One of the real killers for any film when taking from the source material is that changes are often made to keep to time constraints or to keep to the director’s vision for the film. This can often lead to arguments with the producers and/or cast, and thus halt the production or at least stall it for an unfortunate amount of time. In order to keep this well-oiled machine running the script will need to be nearly perfect.

3. The cast needs to be kept in the loop

Thus far most of the cast members haven’t even acknowledge that they were aware that the show was being turned into a movie. This seems a little counterproductive considering that the producers want to keep the original 20 cast members on board. If you really want to keep your original crew then it might be wise to pick up the phone and make a few calls. Just saying.

2. There need to be additional sets

So right now they plan on using the sets that have already been established for the show, and that’s great. But if the show wants to survive in cinema it will have to incorporate at least a few new settings.  People want to see what they already know in order to feel comfortable, but in a new venue they will also want to see a few more interesting and as of yet seen sights to keep them interested.

1. The director will have to pick key events to cover

Unless multiple movies are planned, the producers and the director will need to come to an agreement upon which moments in history are to be filmed.  This is one issue that concerns the transition from a regular series to a full-length film. The time frame must be condensed and therefore the experiences must be shorter and to the point rather than drawn out and allowed to spread across multiple episodes.

It’s very exciting to think that Downtown Abbey might make its way to the big screen finally, and many fans are understandably excited. One can only hope that those in charge keep the same feel of the series so as not to disappoint the fans.