Home
Movies
Video Explains Why Spider-Man: Far From Home is Smarter Than We Think 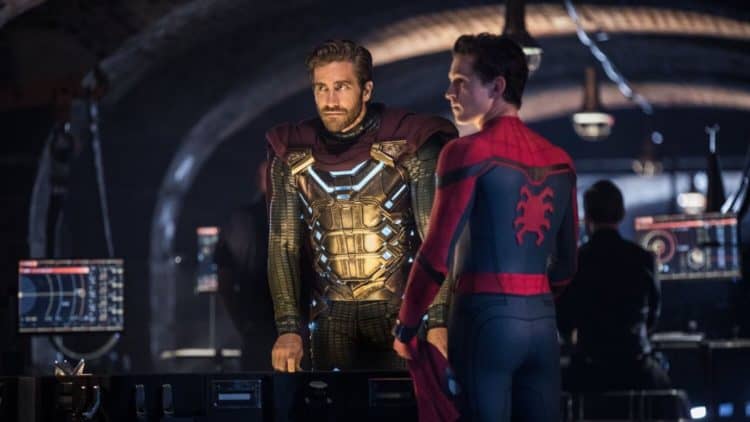 Does anyone else get the main point of this video, that truth is basically whatever people want to believe? Well, that’s not too far from being about as realistic as it gets since it’s been seen this way in the real world and it was seen this way in Spider-man: Far From Home since Peter’s inability to believe in himself for so long led him to do something uniquely stupid, he trusted a man that appeared to be the hero but in reality is one of the MCU’s greatest hucksters and most diabolical minds ever. The funny part about Mysterio though is that he can’t do everything alone in this movie, he absolutely needs his team, and he ended up finding anyone and everyone he could that was fed up with Tony Stark. Obviously Tony made quite a few enemies along the way while he rose to the top and knowing his level of arrogance at one point he didn’t really care since he felt they weren’t worth the energy. One has to imagine that if Tony had still been alive for Far From Home he might have seen through Mysterio’s illusions pretty readily, or maybe not. In any case, Peter doesn’t have the level of suspicion to his character that Tony had, which made it easy for Mysterio to pull the wool over his eyes so to speak and get Peter to trust him implicitly.

But that’s the trick of the movie, belief is what people want it to be. Sometimes the victor gets to write the history that goes in the books, and sometimes it’s the person that can control the narrative from another perspective, by making people afraid, paranoid, and confident that they’re the ones that can save the day. People want to believe in a lot of things, but they often end up believing in what’s convenient and fits with the desired narrative that they want to follow because it goes along with their own personal bias. This is seen in the real world as well since at this moment the mess that our government is in has a lot to do with the fact that people want to trust the news media and will gladly pick sides to follow based on their own beliefs and biases. It’s far easier to give up the responsibility of finding out just who can be believed than to take that kind of burden on your own shoulders, and in Far From Home, this is just what Peter did, he gave Mysterio his faith as well a the tech that Tony left him since he didn’t believe that he would be able to do anything with it. To be realistic, Spider-Man/Peter Parker is more than a little different from the comic book version of old since that guy was actually pretty intelligent and could have likely done something with the tech that Tony gave him and had at least enough confidence to hold onto it.

The direction that the MCU has been going with their characters since it started up has been a tad bit awkward at times since their character traits are almost spot on most of the time, but there have been some discrepancies that have shown up now and again, and Peter’s lack of confidence has been one of the biggest. It’s true that he’s a high school kid and he looked up to Tony as a mentor and a friend, but it’s also true that he’s been through the rigors of battle and seen and done a few things already, so it’s kind of hard to simply dismiss his lack of self-confidence and chalk it up to him being young and having suffered the loss of a person that’s near and dear to him. This kind of character trait is a lot more realistic but at the same time, it’s something that confuses a lot of people since Spider-Man in the comics has almost always had a certain level of self-confidence, even when he tried to make the decision to leave the superhero business behind and simply be a kid. But Holland’s version is giving rise to the idea that Peter is in fact a very insecure kid that doesn’t always make the right decisions and is bound and hampered by his inability to take responsibility at all times. Now that Beck has had the chance to play upon that weakness it’s obvious that if there’s a Spider-Man 3 that Peter is going to have a lot of explaining to do largely because Beck rewrote the narrative of what happened abroad, and since it’s hard to argue with a dead man it’s even more obvious that Spider-Man will have a lot of work to do in order restore his reputation. Sometimes a well-placed lie can beat out even the strongest truths.