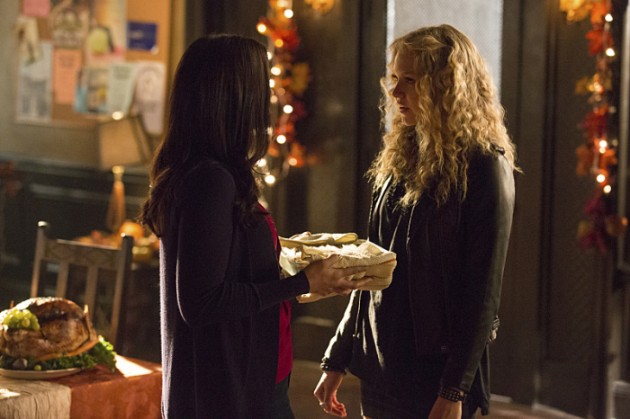 Everything suddenly makes so much more sense now on The Vampire Diaries.  While it’s predictable that the new witches this season are all related, they have such a twisted family history that it could rival that of the Mikaelsons.  Ever since we lost the Original family to their spin-off show, it’s a welcome change to introduce an equally troubled serial killer and his family’s complicated past.

It’s officially Friendsgiving in the Whitmore dorms.  Caroline and Elena are hosting almost everyone except Matt, Jeremy, and Stefan.  (Only the latter of those 3 wasn’t even invited.  Ouch!)  Damon and Alaric voluntarily skipped out on the dinner to join Stefan on a road trip to Portland where they hope to get any leads on the Gemini coven.

Ms. Cuddles definitely appears to be quite the magical teddy bear since Bonnie sent her through the portal as an SOS message that only Damon could comprehend.  Like I said last week, finding any excuse for these actors to hold a cute teddy bear is a nice touch.  Damon’s teasing of Stefan for not liking Caroline as more than a friend was funny, but Stefan’s punting of the bear was even funnier.  Luckily Bonnie’s magic lives on and Ms. Cuddles breaks the invisibility spell of the hidden house.

Vengeful parents seems to be the theme of The Originals this season, so it’s not so shocking to find Kai and Jo’s father to be a shady character himself.  Oh, but the fact that Liv and Luke are also Kai’s siblings was a clever twist.  I was wondering if those two were ever going to be relevant to the greater storyline.  Their coven’s tradition of “merging” twins’ powers after their 22nd birthday is interesting, to say the least.  In a matter of two minutes Jo shared the whole history of their coven.  Then of course her father tried to kill her to ensure that Kai stays trapped.  That’s just what we need, more daddy issues on this show!

It’ll be crazy to see how Tyler is able to protect Liv from whatever number of members of their coven are still alive.  The whole purpose of this merging of powers between twins is to find a new leader for the witches.  So has Jo been the default leader since Kai was sent to his punishment in 1994?  That’s still unclear at this point.

Other than that complicated exposition, there was of course more progress in the Delena relationship.  Elena was debating on telling Liam about her vampirism, but fortunately she didn’t feel right in doing so.  She’s slowly warming up to Damon again.  Many people might interpret their last scene where she asks if he would help her get her best friend Bonnie back as her just using Damon to rescue Bonnie.  I see it as more of her subtle way of allowing herself to spend more time with Damon and figure out her feelings for herself.

Stefan and Caroline started on shaky ground, but her act of packing him leftovers from the dinner was a good step in the right direction.  Stefan put up with a lot of teasing from Damon and Alaric to just date Caroline but hopefully he starts to develop natural feelings towards her rather than giving in to the pressure.

After opening on a scene straight from a horror film, the episode appropriately ended with the focus on the relationships.  The show hasn’t been this balanced between the sometimes cheesy romances and the darker aspects of a supernatural series since the early seasons.

What do you think of the episode and the season as a whole so far? 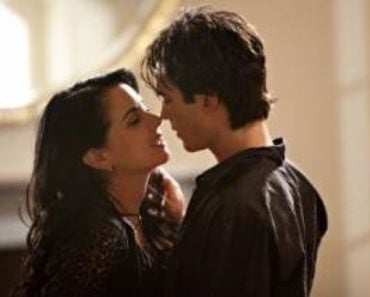 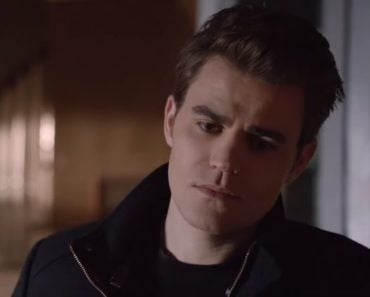 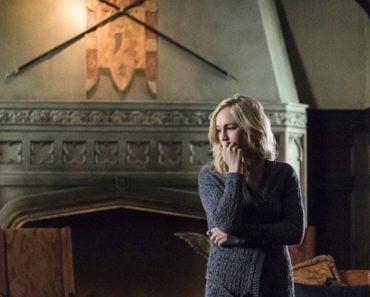 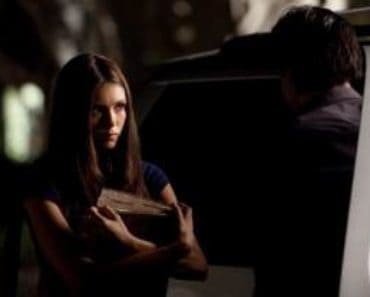 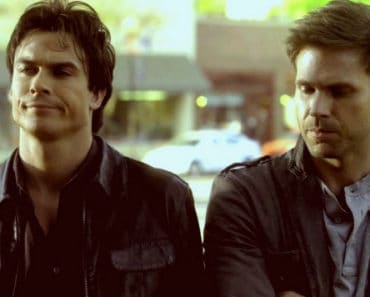 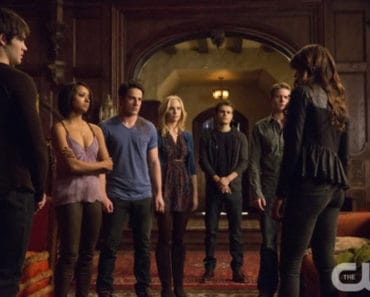