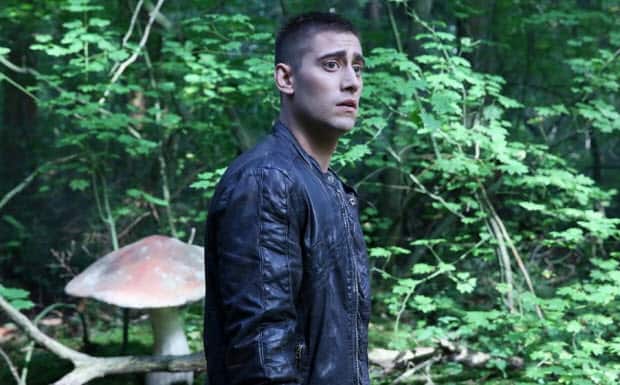 The evolution of Naveen Andrew’s Jafar has made the classic Disney villain much more compelling and fleshed out throughout the course of Once Upon a Time in Wonderland. What this episode provides the audience with is something that not even the Aladdin movies did, a backstory for Jafar before he became the evil sorcerer that he is today.

A smart writing decision was to allow Jafar to have a mentor figure who was a woman because often in television or in movies, the villain’s mentor is a man most of the time. It was an interesting dynamic because it showed the audience a completely different side of Jafar that hasn’t been seen before. This can be seen especially in the first scene when the flashback features a younger version of the character. Even the origin of his iconic serpent staff is explained, which could come to play a bigger part later this season, due to what is seen in the final moments of the episode.

The less-than-thrilling aspect of Jafar is that he continues to outshine the other main antagonist, Emma Rugby’s Red Queen. She still needs a bit of work because she is definitely not at the level of Lana Parrilla’s Regina/Evil Queen.

It’s understandable why they cast such a young actress for the role because they wanted to have this Anastasia/Knave relationship, both in the past and the present. But if they wanted to have a strong antagonist for Alice, it would have been better to have perhaps scrap that story element and cast somebody a bit older. This is not a slam on Rigby’s age or acting ability, but hopefully these next couple of episodes will make her more convincing.

As of now, the Red Queen isn’t an awful villain by any means, but she is definitely not at the level of Andrew’s Jafar, Parrilla’s Regina or even Barbara Hershey’s Cora/Queen of Hearts. Speaking of Cora, it would be interesting to see her in the flashbacks because assumingly, in the flashback-timeline she is the current queen. It all depends on how time works with Wonderland compared to the way time works in the Enchanted Forest, but there is still time for that to be explored.

Alice’s arc in this episode continues the great path that the writers have set up for her and Lowe is proving through each episode that she can lead her own show as a strong female protagonist. The only issue with this episode and the Jafar focus was that she didn’t have as much screentime as hoped. But hopefully this was a onetime thing because while the Agrabah stories are intriguing, there needs to be an equal balance with the storytelling.

It’s sad that while the series has a great cast of characters as well as strong storylines, its special effects are still irritating. One has to wonder why ABC isn’t doing anything about it because one of the few, but major criticisms about the show is that it lacks quality effects.

Whenever there are scenes shot in the woods, the show is perfect because there are no special effects needed there. But whenever they are walking in the labyrinth or walking down one of the classic roads in Wonderland is when the show suffers because it looks to CGI-y.

It’s something that keeps lowering the quality of each episode because it gets distracting and takes the audience out of the story. It would be awful to see this show get cancelled because it’s absolutely not the actors or the writers’ fault.

At this point, people should definitely not expect ABC to pick up the show for 22 episodes, but hopefully it won’t get cancelled. ABC needs to sort this out as soon as possible by either doing this as a mini-series or perhaps put it on a better timeslot for the sake of the ratings.

“The Serpent” was overall a great backstory episode for Jafar, a game changer for the remaining episodes and so far the strongest episode of the series.