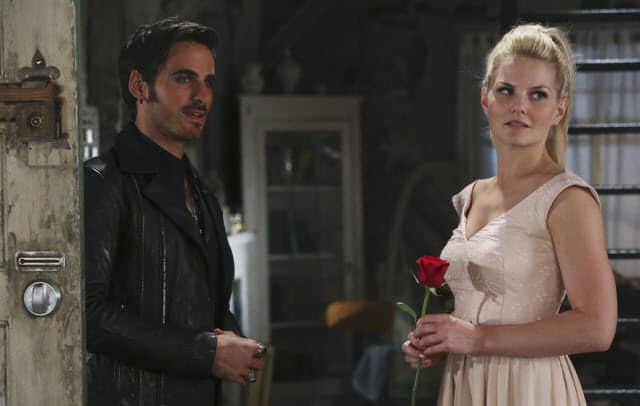 I really wish I had re-watched the movie Fantasia before seeing last night’s episode of Once Upon a Time that continued the mystery of the sorcerer’s hat.

The flashbacks of this episode continues Anna’s journey as she finally encounters Rumple and tries to get the information that she is looking for. We get to see a deeper side of her as she makes a deal with Rumple which leads to the Apprentice being transformed into a mouse. We find out that the sorcerer is dead so that kills the chance of seeing him on the show. The thing that made the flashbacks interesting was actually seeing Anna having to deal with an inner darkness.

She had a chance to kill Rumple, but she just couldn’t and can we just agree that it was heartbreaking to see Anna cry? However, at one point Anna gets a hold of the dagger and manages to get the magical box and makes him teleport her home back to Arendelle. That was the only thing that was so weird about this episode, that she got back home so soon. I didn’t think she would get home until at least episode 6. But I bet that Rumple will be coming after her as she now has the box.

The other main focus of the episode dwells into the Hook and Emma relationship again as they go out on a date, but there is a bonus. Hook pays Rumple a visit and demands to restore his hand or else he will tell Belle about the dagger. So he gets his hand back with a warning from Rumple that it may awake something inside of him, but of course Hook couldn’t care less. When I saw the trailer for this episode, a part of me moaned as I’m not a huge fan of Hook and Emma being in a romantic relationship.

But the episode surprised me a lot when it started to become more about Hook than the two of them together. Yes there was a kiss and some hand holding, but they really focused on his dark side that he has on the inside. During the date, Will Scarlett accidentally interrupts it and that’s the first glimpse we get that something is off with Hook as he gets very violent. It gets worse though for poor Will later on as Hook gives him a couple of punches before realizing that he needs Rumple to get the hand off.

Even though I’m not certain that I like Rumple being bad again, it was wicked to see him get the upper hand (no pun intended) and force him to help with his bidding. Together, they take out the Apprentice who is in Storybrooke and sends him somewhere via the magical hat. The nemesis relationship that we see between Rumple and Hook is so compelling and I think they brought it to a whole new level in this episode compared to what we saw in season 2 and 3.

Even though Hook gets his hand off, Rumple isn’t done with him yet, although is Rumple ever done with anyone? It will be cool to see what other torture Rumple is going to put him through. I also enjoyed the twist that the hand didn’t make Hook evil again, it was something that came by himself and it makes you as a viewer wonder if Hook really is a good guy or not. One of the last plots of the episode features Henry and Regina still trying to find out the author of the fairytale book and Henry comes up with a plan that refreshed my interest for his character again.

He decides that he is going to go undercover at Rumple’s shop and we see him ask Rumple if he can work at this shop as he looks at Rumple as the last thing that he has left of his father. I got kind of emotional when I saw how happy that made Rumple because unlike Hook, I do think Rumple is trying to be good again, but in his own twisted ways. However, to see his grandson wanting to spend more time with, must have been something that really moved him. Let’s see how long it takes before he learns that Henry is undercover for Regina, in addition, if he really knows who the author is.

Overall, another solid episode of Once Upon a Time and aside from the focus on Emma and Hook’s relationship, there wasn’t really anything negative with this episode. 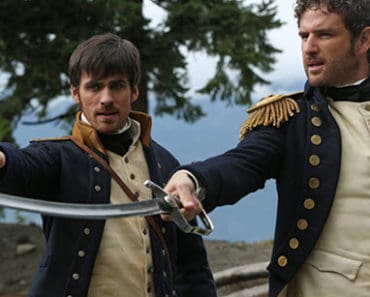