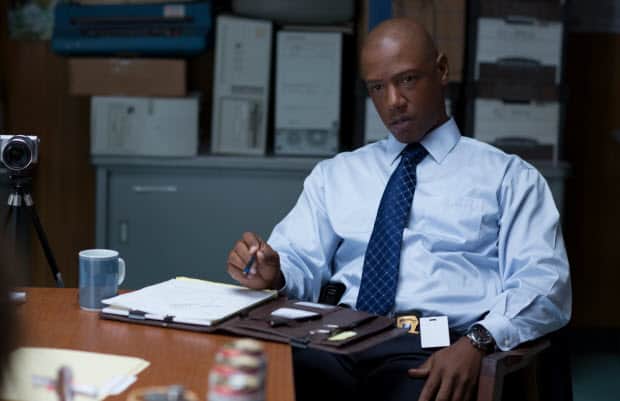 Where Marty Hart folds in the face of chaos, Rust Cohle embraces it, kisses it on the lips, and takes it out to dinner. “Who Goes There” not only marks Rust’s journey back into some of the deeper circles of Hell, but a fascinating contrast between Marty and Rust, and how they react when the find themselves in the center of a tornado they can’t control. It’s often said that investigations take on a life of their own: True Detective‘s fourth hourÂ takes that idea to another level, an hour where an obscure lead in an investigation slowly spirals (wink, wink) out of control until the unfiltered chaos of the finale, one of the most exhilarating, anxiety-inducing sequences I’ve ever watched on television (clearly, I’m not the only one who thinks that).

The first fifty minutes of “Who Goes There” is actually rather simplistic: alternating between Rust and Marty, the episode examines the differences between these men and how they react to stress in their personal and professional lives. Keeping with the show’s obsession with ambiguity, their actions throughout the episode both contrast and compliment each other: Rust certainly keeps his head cooler than Marty when an ugly bit of history surfaces – but he does so through a lot of drug use and Jameson-pounding, offering us an insight to the darker part of 1995 Rust that once spent four years working undercover (most detectives work 11 months, at most, according to Marty), the part of him that drinks like a fish and embraces the adrenaline within him.

And just when we think Rust is really losing his cool, “Who Goes There” throws a huge curve into the hunt for Reggie when a bit of Rust’s shady history comes back to bite him. In a matter of minutes, he goes from initiating a coke deal to being an accomplice to robbing a ghetto stash house, traveling with a crew of crooks dressing as cops (while Rust is a cop, dressing “the part” of ‘Crash’, the old biker enthusiast/drug mule who once took three slugs to the chest working undercover). That final, unbelievably tense scene is where the Rust and Marty parallels of the episode come together: where Marty is unable to maintain his composure while his carefully constructed plans fall down around him, Rust fully embraces the oncoming darkness, snapping into action once the robbery predictably goes bad.

What follows is the culmination of the first four episodes ofÂ True Detective – all the tension building around the Reggie Ledoux hunt releases in a tense, six-minute sequence where Cary Fukanaga’s camera never takes its eye of Rust Cohle (and was filmed in a single takeÂ with a day and half’s preparation, according to an interview with Fukanaga). The camera never budges, catching glimpses of cyclone of violence tearing up the neighborhood around him.

Shots are fired, bodies fall, Ginger keeps trying run away: but the camera never budges from its focus on Cohle, intensely focused on a man reduced to his most primal fight or flight instincts. And unlike Marty (who can’t even keep his cool sitting in the car, causing a scene in the biker bar and getting himself booted out), Rust doesn’t flinch: more than the cocaine or whatever Ginger cut his line with, Rust is getting high off the adrenaline, embracing the darkness he tries to keep bottled up inside himself, like the box in the back of his apartment packed with assault rifles, grenades, and multiple bottles of Jameson. Rust may think he’s not “riding cowboy” anymore – but when the first opportunity to dive undercover for an insane, dangerous mission (one that only guarantees them a little face time with Ginger, at least a step or two removed from Reggie) arises, Rust is shooting himself up with ink and cayenne pepper (to look like he’s been using heroin) faster than Marty could say “Well, yippee-kiy-yay mother***ker”.

AsÂ True DetectiveÂ gets closer and closer to the Yellow King, the darker and darker Marty and Rust’s lives become. Their existential spiral through the various layers of Hell is bringing them face to face with the own devil inside them – an exploration defined by Rust’s gory description of what cartel members due to those who betray their trust. As they sit in Rust’s little apartment, preparing to go “off books” for a bit, Rust talks about how the cartel would tie someone down to the floor (tethering them to the ground to face the chaos enveloping them), and slowly peel off the skin of their face, forcing them to look in the mirror at their own image. In other words, the cartel peels back the mirage of assumed identity to expose the true creature within them, eventually killing them by choking them with their genitals (an obvious reference to Marty’s self-serving masculinity, and how it will prove to be his undoing). It’s when we’re closest to death that we learn who we really are: and Rust is certainly a person who “goes there”: in fact, that enlightened place in the purgatory between life and death is Rust’s own obsession, the existential carrot the tortured psyche of Cohle will chase to the end of the earth.

– Really enjoy the dichotomy between the personal and professional relationships of Rust and Marty: it’s one of many ingenious examples ofÂ True DetectiveÂ blurring lines between good and bad, healthy and unhealthy.

– Rust’s jacket definitely has some bullet holes in it: looks like he did take a few in a shootout with the feds at some point after all.

– After testing and stealing coke from the evidence room, Rust enjoys a small moment of victory to himself: “They really needs to make a better system for this.”

– “Kids are the only thing that matter, Maggie.”

– Rust’s mistress serves an important purpose in catalyzing Marty’s breakdown, but it comes in sacrifice to keeping her a sane character. Unfortunate.

– This is definitely not the previously-referenced gunfight Rust alluded to: remember, the events of the last ten minutes were never revealed to the cops, even by 2012.

– “You got big d*** swagger, but you can’t spot crazy p****?” Rust is a gunslinger in plenty of scenes besides the final one. 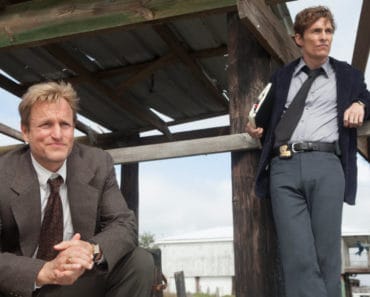 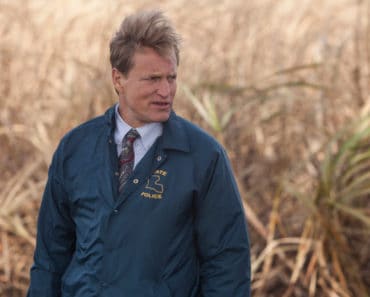 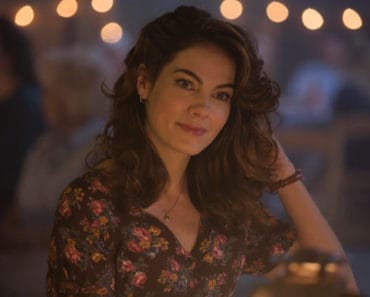 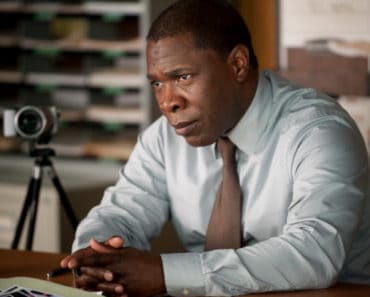 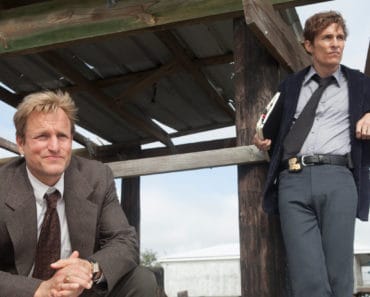 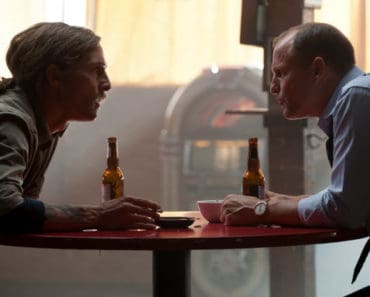