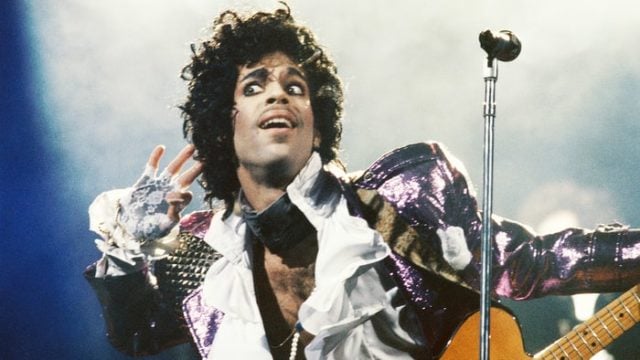 I’m fully ready to be crucified by Prince fans on this one because I simply could not find a long list of movies that feature this song. Don’t get me wrong now, I happen to think that Prince was a musical genius and ahead of his time. But the fact remains that not being a Prince fan hasn’t helped me any to find this song represented in one movie after another. It’s certain to have popped up now and again here and there without fail. This is Prince we’re talking about after all, his songs have been featured in Hollywood films left and right. The problem is that many songs go largely uncredited if they’re featured in a blurb or a small scene that doesn’t get much play in the movie as a whole. So in the spirit of finding the song I had to dig deep and look beyond the movies to the small screen.

Don’t get mad at me, I understand how popular Prince was and agree that he’s an icon even after his passing. Just take a look.

This was an after-party that got a little wild after SNL went off the air. It was definitely a little slower and not quite the tempo that people are used to with this song, but somehow it sounds just as good and takes on a new level when it’s slowed down. Prince was definitely the kind of guy that liked to party and get down after hours no matter how long the party lasted.

It just wasn’t really a complete party without Prince around. Even going without mentioning him didn’t seem most of the time. Now that he’s been laid to rest with as much dignity as everyone could hope for though his name is still likely to come up now and again. And why not? The man had musical talent for days and days that just wouldn’t quit. He was an icon for more than a generation after all so it’s only right that he’s remembered.

The song is credited in this film, I swear. But finding a clip that shows it being played is like finding a, well, you know. Considering the film’s genre and the time period it was created in I can see the song being more of a mild background track than anything, as it doesn’t tend to lend itself to the more fun and energetic feeling that Prince usually brought.

I don’t know if you could really call him a regular on the show but he did pop in from time to time to rock out with the Muppets. He was regular enough that fans were always happy to see him getting funky with the cast of the show and laying it down like only he could. Among the host of celebrities that appeared on the Muppets he was probably one of the favorites.

And finally we get to the most iconic one of them all, Purple Rain. This is what really sparked Prince’s presence in film as far as a lot of people are concerned. It made him stand out in a way that he’d not yet experienced and was the jumping off point of his career that helped to launch him into the Hollywood stratosphere. After this there was no going back, and it didn’t appear that he wanted to.

So yes, lambaste me for not being able to find more than two movies that featured this song. Honestly, a lot of his songs were in a lot of movies, but this one seems to have been omitted quite a bit.