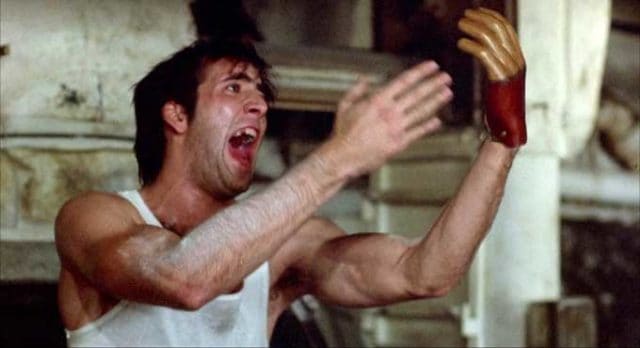 Some guys seem born to yell. Nicolas Cage is definitely one of those guys, but he does it in a certain way that makes people uneasy simply because it’s so crazy that you can see it building right before the explosion. He telegraphs it from a mile off and yet you’re still surprised when he goes nuts. It’s entertaining in a way because it really gives the look of some self-destructing. You can almost feel his pain as he’s going through each second of emotional turmoil, and yet you get the feeling that you should stay the heck away from him until someone yells cut and the scene is over. That’s the kind of acting that’s really impressive, and at times really scary. But those moments are usually pretty standard in his movies too.

There are those who can yell and those that make it look awkward. Cage is somewhere in between I think.

It’s hard to feel sorry for him in this movie largely because he has such a serious case of depression that it seems better to just stay away from him. Let him self-destruct for a while and then see if he’s ready to talk in a more constructive manner. Obviously he doesn’t care much about his brother Johnny all that much, but he definitely likes to use him as a reference for why his life is so messed up.

When you’re a con man it doesn’t bode well if you have disorders that can basically knock you off kilter the moment something doesn’t go right. OCD and a case of agoraphobia tend to afflict this character to such a degree that he’s actually become dependent thanks to disorders he apparently doesn’t have. This comes to light when he discovers that his ‘medicine’ is actually estrogen and hasn’t had any effect on him aside from calming his mind.

Here’s a yelling scene we can all take at least a little pride in. It’s a despicable role for the ever-popular Danny Trejo, but it’s a heroic role for Nicolas Cage who gets to smack the sense into a would be rapist trying to go after an unconscious prison guard. Score one for Cameron Poe since he’s still a gentleman even if he is an ex-con. Convict or not, you don’t treat women like that.

Yeah I think I’d be yelling too if my face was burning up from the INSIDE and the flesh started singeing off my fingers like hot wax. There might not be any words to this yelling episode but guaranteed every last one of us would be yelling and possibly screaming if we found ourselves becoming a flame-wreathed skeleton that acted as the devil’s bounty hunter.

It’s not easy to be someone else even if you happen to know them that well. For as much as Archer seems to think he new Castor Troy he certainly had to learn on the go, which made his younger brother a wee bit suspicious. Unfortunately for the transformed Archer the transition into being Castor Troy didn’t go over too well since he started losing himself a little bit.

Yeah, when Nicolas Cage starts talking just keep those toes twitching, you never know when a tirade might start to swell up. 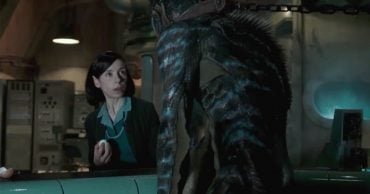 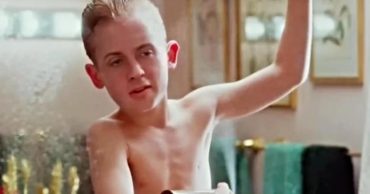 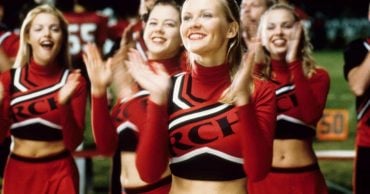 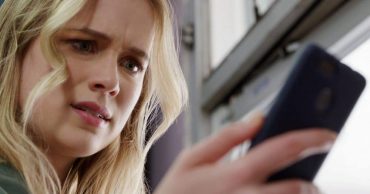 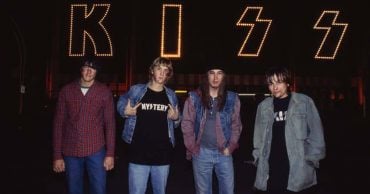