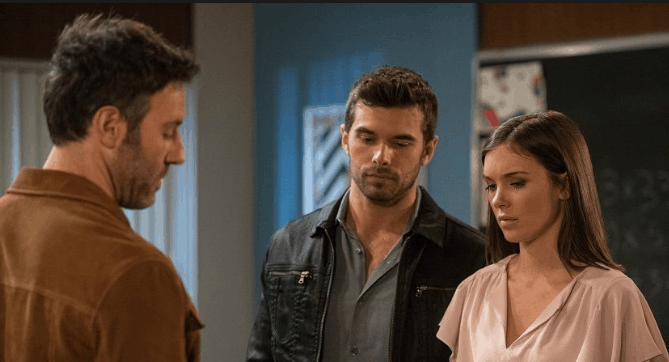 General Hospital fans know betrayal is the name of the game. If you’re not betraying the people you work with and live with and love, you’re not doing your job correctly around here. There’s a lot that happens in and around this situation, and we know that it’s not always easy to function when that happens. But, we have to deal with the fact that the people in Port Charles can and will always find a way to make sure they get what they want when they want it. It’s not always an action that you cannot forgive, but there are times when these people make mistakes, betray their families and friends, and nothing they do can make us ever want to love them again. These are some of the biggest betrayals that anyone in Port Charles handed out, and we are not sure we can forgive any of these.

When Liz was younger, she had a big thing with Jason. She was someone who was a very close friend of his for many years, and they agreed that they were nothing more than just good friends. Their romantic situation was not a friendly one, and that is something that really didn’t need to change. But when Jason died, and he showed back up in town with a brand-new face and looks, she was very attracted to him. She didn’t know he was really Jason (though it turned out later he wasn’t because Jason was alive and well and being held captive and he was Jason’s twin brother who was brainwashed into thinking he was Jason all those years) and she fell for him. When she found out he was Jason, she decided to keep that to herself because she did have feelings — and she didn’t want him going back to his old life with Sonny and dealing with his kids and being with Sam, his wife. And that was something that we had a hard time with. We’ve always liked Liz, but that was something we found unthinkable for her.

This one is too much for us, and it’s one that we have a hard time with even though we get what Maxie was thinking. Lulu wants to be a mother more than anything else in life, but her life is not giving her what she wants in that aspect. She’s not been able to carry a baby of her own, so her very best friend decided she would carry a baby for them. However, she lost that baby a few weeks in, but her doctor informed her that she was also pregnant from a one-night stand she had with Spinelli, who was with Ellie and was totally in love with her. She didn’t know what to do, so she kept the pregnancy being her own biological child a total secret, she gave the baby to Dante and Lulu and let them think that she was their baby, and then someone found out the truth and they made sure that Spinelli got full custody. Maxie did not mean to hurt anyone. In fact, she tried hard not to hurt anyone with this decision, but it was a difficult betrayal when everyone found out she lied to them all.

It’s a complicated storyline, but we all know that Sonny raised Michael as his own and has always done just that. No one knew who his real father was for a long time, even Carly, who is his mother. But Sonny always believed that it was A.J. Quartermaine who killed the woman Sonny was with — Connie Falconeri — so he shot him and killed him. But the problem was that it was only recently discovered that it was A.J. who was Michael’s biological child, and it was something they were bonding over, becoming close, and spending a lot of time together. It hurt his son more than anything, but Sonny didn’t care. He shot him anyway, and it didn’t matter to him that this was the father of his own son and that his son was finally in a good place. It was awful, and we have a hard time with that one.