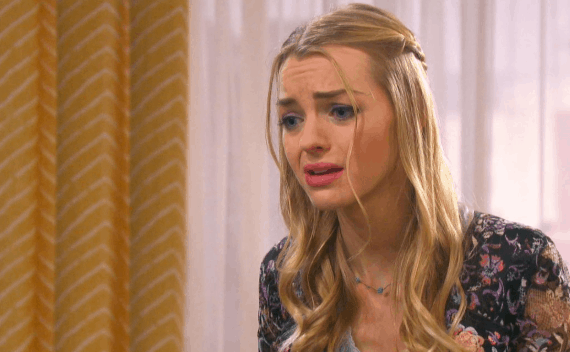 Days of Our Lives fans know that betrayal is part of the game. There is never a moment when someone is not betraying someone for something that they feel has personally wronged them, that they think is best, or that they just don’t even realize because that person is already betraying them all together. There is so much confusion with people from time to time, and that means the betrayals are going to be high and often. What we want to do, though, is take a moment to go over some of the betrayals we don’t think we can forgive when the day is over. They are some of the most recent betrayals we’ve seen in Salem, but we all know that just because they are recent doesn’t mean they are firsts. What do you feel are the biggest, worst, and most unforgiveable betrayals?

If we had to pick a worst of the worst in terms of betrayals, it would certainly be when people lie about the paternity of a baby. But not just lie about it — like lie to both sets of parents about it. We were all sad when Lani was pregnant with Eli’s baby and she lied to JJ that it was his baby so she didn’t get caught sleeping with another man and get herself in trouble, and Eli was down with her lie. That was awful and we didn’t love it, but we are talking more like what Gabi did to Chad and Abigail. She found out Abigail was pregnant, but that Abby’s alter ego and overwhelming personality that took over her life for a moment was able to get in a quickie with Stefan, and she was worried the baby might be his.

Gabi knew that Chad and Abby had a very rough go of things in their lives, and she felt that this was a great way to get back at them for everything, so she lied on the paternity results and almost ruined their marriage. She said the baby was Stefan’s when it was actually Chad’s, and she almost ruined their family. Thankfully, she was caught shortly after the baby was born, but this is the type of betrayal we cannot forgive — ever.

Okay, so there are plenty of people who fake their own death to protect themselves and their family, and we aren’t down with that. But, we aren’t so mad about that as we are about the kinds of lies that people tell when they know someone is not dead yet they make it seem like they are and they crush families. For example, when someone knew that both Will and Jack were alive and well and their families had mourned their deaths for years. They were alive, they were well, but they had no idea who they were. They were brainwashed and taken out of their own lives, and people knew this. Ben knew when he was being medicated. And Eve knew. Ben eventually told the truth and made his peace when he was better, but Eve paraded Jack back into town as the man she had been with for a while, and she did it to make everyone miserable. Meanwhile, both of these men are fathers and have children who thought they were dead — and that we cannot forgive.

Okay, so right back to this. Jack and Will both have no idea who they are. Now we know that Will was able to get his memory back, but what a terrible thing to take from someone. Their entire life. It’s like being dead, but while still breathing. When you don’t know who you are, who your family is, what is going on in your life, and so much more, there is so much that doesn’t work for anyone, and it is not going to be something we promote. In fact, we have decided that this is awful. Eve knows that Jack can be fixed if they give it a little time, but she’s not allowing any of that to happen, and we cannot forgive that. Mostly because it’s cruel to parade someone around their family knowing they don’t know their family, but their family knows them. It’s awful.