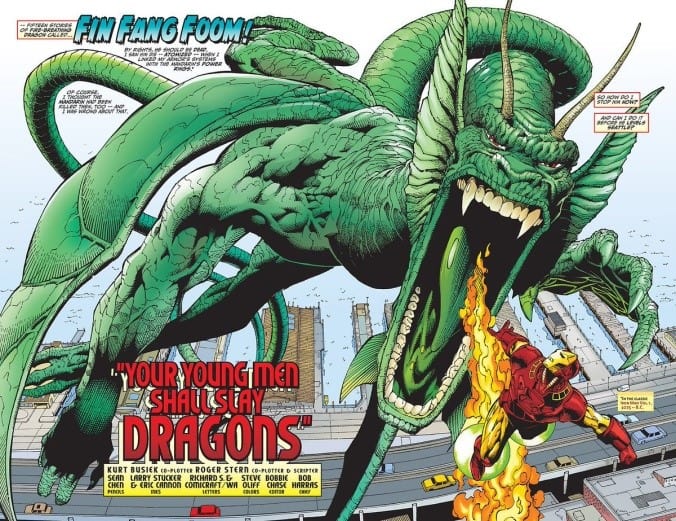 What kind of fictional universe doesn’t contain some type of dragon? The answer is really none, and the Marvel Universe is no exception. In the very first Iron Man movie, there is a blink-and-you-miss-it moment where a particular Marvel villain makes a brief cameo. When Iron Man is testing his armor’s flight capabilities he flies right past a billboard that shows the dragon-like villain known as Fin Fang Foom. Why do I say “dragon-like?” Well, that’s because he’s technically not a dragon, but a shape-shifting alien from the planet Kakaranthara. In the comics, he resembles a Chinese dragon because he departed from his home planet and came to Earth, landing in ancient China and being awakened by the Mandarin, subsequently attacked the Chinese government and becoming an enemy of Iron Man in the process. Sounds weird, right? Well, that’s probably because it is, but in the world of comics, anything can happen. While this character has made a brief cameo in the Marvel Cinematic Universe, he has yet to make an official debut, but if he were to appear in any of the movies, which one would suit him best? The answer should without a doubt be the upcoming Shang-Chi and the Legend of the Ten Rings movie.

Fin Fang Foom first appeared in comics in 1961 in the Strange Tales series, a time when Marvel Comics was going through their “pre-superhero” period while they were labeled as Atlas Comics. He may be an extraterrestrial alien disguised as a dragon, but he’s still king of the monsters in Marvel Comics, and (spoiler ahead) if Iron Man is no long with us in the MCU, then Shang-Chi should be his on-screen rival. One of the many reasons why is because of the character that acts as the main villain in the movie, the ring-wielding Iron Man villain known as the Mandarin. As was stated earlier, the Mandarin is the villain that awakened Fin Fang Foom from his slumber, hoping to use him to usurp the Chinese government. Fin Fang Foom, however, had a plan of his own, using the Mandarin to awaken his fellow alien brethren and take over the Earth. This arc was explored in the animated Iron Man series as well, making the two villains closely associated with each other, despite their treacherous natures. Specific details on the movie haven’t been confirmed, but we do know that the Mandarin is the main antagonist and if he’s making an appearance, then we can bet that Fin Fang Foom will appear in some capacity. A giant sort-of dragon as your partner in crime? I can’t think of anything cooler than that.

One of the many rumors surrounding the Shang-Chi movie is the inclusion of Iron Fist, another Marvel superhero that excels in martial arts. This rumor has yet to be confirmed, but ever since the Netflix series failed to live up to the expectations of the fans, seeing a rebooted Iron Fist would feel rather fresh and exciting. A big part of Iron Fist’s origins is his duel with the Shou-Lao, a dragon that served as his final challenge to wield the power of the iron fist. While the dragon was referenced in the Netflix show, we unfortunately never got to see it battle Danny Rand during his time in K’un-Lun, leaving a serious gap to be filled. The Shang-Chi movie has a chance to avoid the mistakes of the Iron Fist show, and whether or not Iron Fist makes an appearance in the film, it opens the door to a golden opportunity for an epic man vs. dragon showdown that we never got to see in the Netflix show. Shang-Chi and Iron Fist are basically the kung-fu twins of Marvel, so if Iron Fist can fight Shou-Lao, then why can’t Shang-Chi fight Fin Fang Foom? Hopefully he doesn’t spend the whole time telling everyone he’s Shang-Chi either.

Dragons are the monsters that carry the weight in any fantasy story, and although Fin Fang Foom may be more alien than dragon, his very appearance would make any dragon lover want to take out their wallets for the Shang-Chi movie. The Shang-Chi comics are all about fantasy and magic, so if Fin Fang Foom really were to make an appearance, then he would be right where he belongs. Let’s hope Marvel is thinking the same thing. 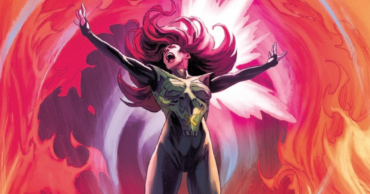 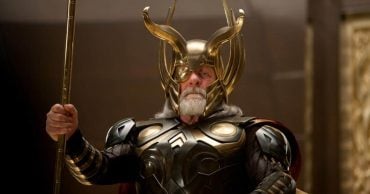 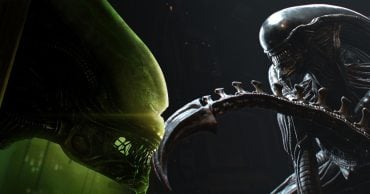 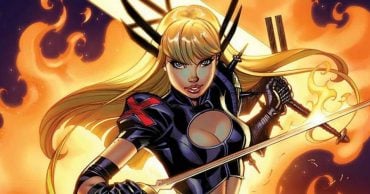 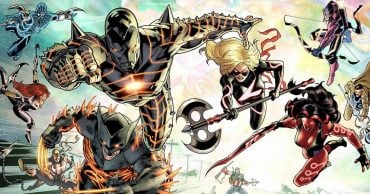 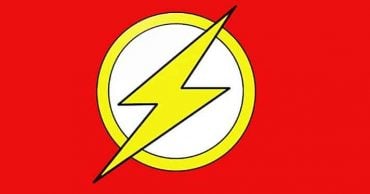