Home
Television
This Is Us
This Is Us Review: The Pearsons Take Vegas! Plus, What Happened to Deja? 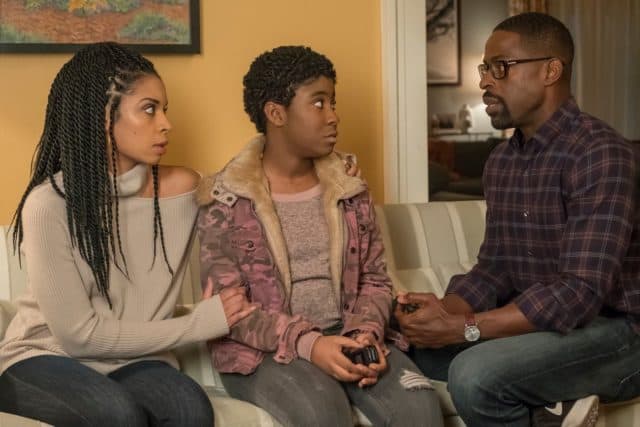 The last two episodes of This Is Us did not pull any punches. The emotional hurricane that was Jack’s death and subsequent funeral was almost unbearable. Thankfully, the writers knew that, and so decided now would be the best time to get back to some fun. At least it starts that way. Vegas can best be described as two vastly different sides of a coin. One side will get you a night of restless, careless, reckless fun. The other will knock you upside down with temptation and bad, bad choices. But like all Pearson family get-together’s, the only way to take a step forward is to blurt out the thing you didn’t want to say.

We had to wait a long time to find out what happened to Deja, and not even Beth and Randall know the extent of her situation at first. They’re told it wasn’t anything drastic. To be fair, Deja wasn’t hurt or in major trouble at the time. She was doing what she always does, taking care of herself and her mother. The two were doing their best, and I’m sure we’ll find out more, but right now all we know is that Deja and her mother are homeless. Let’s not presume anything just yet about Deja’s mother or their situation. For now, let’s just be grateful that Deja had the good sense to lean on Randall, and that Randall’s dad senses are so on point.

Elsewhere, the Pearsons take Vegas! I never, not in a million years, thought I’d be saying this. Thank the heavens for Madison. We all greatly underestimated her friendship value to Kate. Not only has she been there for the really difficult times Kate has been through recently, the girl knows how to throw a bachelorette party. She’s a better planner than Kevin and Randall are for Toby. To be fair, Kevin going to Vegas while newly sober was a big challenge. Kudos to him for keeping himself in check, especially when he thought Ron Howard cut him out of his movie for a hot minute. I’m not sure Kevin and Randall realized just how much they need Toby, and how much Toby needed them. Marrying Kate means not only getting the love of his life, but gaining a big family with two really different, really fun brothers. Not to mention, Toby just might be the wingman/mediator Kevin and Randall have needed all these years. Yes, everyone is getting along right now. But that doesn’t mean some extra support isn’t welcome. You never know the value of a brother until you need each other. 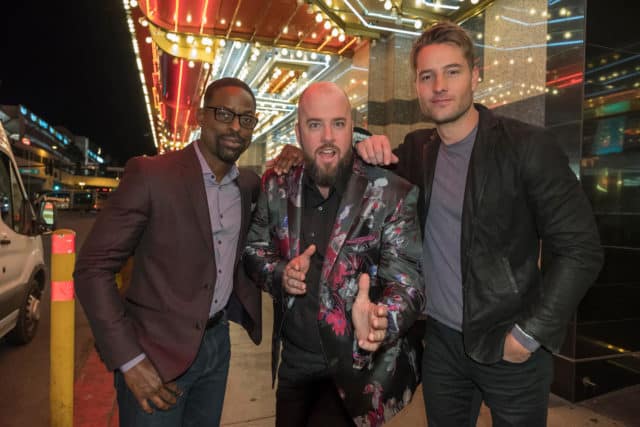 We didn’t realize how much Kate and Beth needed to talk. I suppose it makes sense that they wouldn’t be that close because Beth is not apart of the ‘Big Three’ equation. Yet there was never any overt distance, or resentment, between them. However, I’d be a little insulted if Beth started an argument at my bachelorette party and then said “this is not about you”. Randall and Beth really could have picked a better time and place to argue over Deja, but alas, these things you can’t control until it’s too late. The two do hash things out like family should, but this certainly shows their relationship in a brighter light.

Kate and Toby are at the beginning of their relationship. Though they have already been through a lot, the first few years are all about grand gestures and celebrations. But anniversaries are a little different after more than a decade of marriage. When the kids were little, busy being kids, and their schedules were all about carpools, and the mortgage, and birthday parties, Jack and Rebecca didn’t put as much effort into their anniversary. At this point in the timeline, Randall and Kate were best buds, and Kevin was already in love with Sophie, so he was really into romance. Being that the kids are kids, Jack and Rebecca still kind of end up preparing their own anniversary dinner (though it would have been nice if someone remembered to turn the oven on). Kevin’s effort lessened once he was reassured his parents wouldn’t get divorced like all his friend’s parents. The kids did manage to get together to make a beautiful anniversary for their parents. It goes to the heart of what Jack and Rebecca taught their kids, and Jack says it outright. They taught Kate, Kevin, and Randall to acknowledge and show their appreciation for the people who matter to them.

I’m giving this episode a high grade of execution for making us smile again. Following Jack’s death, that seemed impossible. But nothing says goofy grins like Vegas, and nothing says family togetherness better than Pearson.

With only two episodes left in the season, what major events do you think we’ll be seeing? Toby and Kate’s wedding? Deja and the Pearson’s? Jack in Vietnam?

Toby and Kate’s Vegas bachelor/bachelorette parties prove cathartic for This Is Us fans.