Home
Television
This Is Us
This Is Us Review: How To Find Hope In The Grief 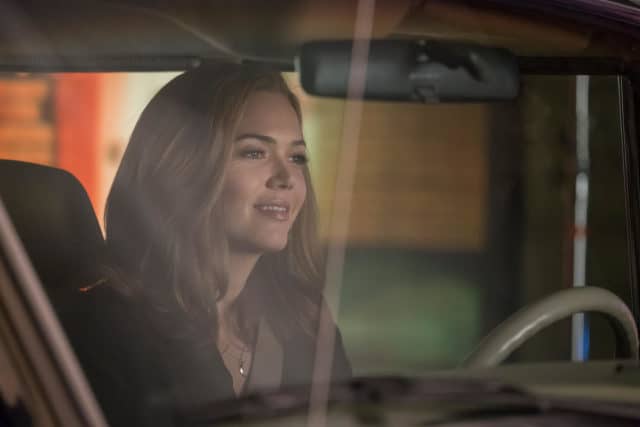 This Is Us already gave us the never-ending tears following Jack’s death. (So. Many. Tissues.) It was a very smart move to start out the day of Jack’s funeral not with the full weight of the grief, but with Jack himself. After watching Jack’s horrifically sudden death, it was a relief to see Jack in the flesh, even if it was in Rebecca’s memories. This is Jack’s episode, dedicated to his spirit, and the beautiful memories he left his family with. What’s surprising is how many memories are wrapped up in a car.

This man was as near to perfect as someone could get. From the day the kids were born, all through their childhood, up until the day he died, he couldn’t bear to disappoint his family. When his kids wanted the brand new station wagon, he found a way to pay for it. When Rebecca had a health scare, Jack took her to what would be known as ‘his tree’ to reassure her everything would be okay. And before Rebecca wanted to think about anything bad happening to either one of them, Jack had the answers. He just wanted his family to be okay.

It wasn’t always easy. Like the first time he taught Randall how to drive, and the fighting between him and Kevin got so bad, Jack made them walk home. It was Jack’s job to remind the brothers that one day he would be gone, and they would need to be able to rely on each other. Jack just had no idea how soon that day would come.

The funeral was handled with as much grace as the situation demanded. In a moment like that, there is no whistful background music. There are no sweeping montages, and the speeches are more raw than poetic. There is silence, and moment to moment images that move through your mind like a scrapbook. No one is okay, because everyone knows that nothing is ever going to be the same again. Grief doesn’t change our behavior, it simply enhances our natural impulses in times of extreme vulnerability.

Randall channeled his sadness into productivity, doing everything he could to make his family comfortable. Kevin didn’t handle his grief well, and once he saw Jack’s watch on Randall’s wrist, his brother made the perfect target for his anger. Kate did, and continues to, blame herself for her dad’s heart attack. Whatever Rebecca feels, she just keeps inside to protect her children. She was just waiting for the right person to let it all out in front of. Dr. K has incredible timing.

Did anyone else suspect that Jack and Dr. K had been keeping in touch? It was clear that the doctor made a lasting impression on Jack the day the triplets were born, and Dr. K was the one person who was there from the beginning. No one else was there the day Jack and Rebecca lost their son, when they found Randall, and when they found the courage to rise above and be a family. Dr. K knew they would be able to survive this. The wound would never completely heal, but it would mend just enough to be able to move on.

That’s a step the remaining Pearsons had to take on their own, without an audience. Having their own ceremony for Jack at his tree, scattering his ashes as a family, was necessary for them to move forward. Jack being Jack, didn’t just leave his families. He left them with Bruce Springsteen tickets, and the sturdy, safe vehicle to get them there. It’s a symbol that Jack will be there for his family wherever they are.

This Is Us returns February 27 on NBC following the 2018 Winter Olympics.

An old friend helps This Is Us recover from the unimaginable loss of Jack Pearson.