Home
Television
This Is Us
This Is Us Review: Jack’s Death Is Imminent 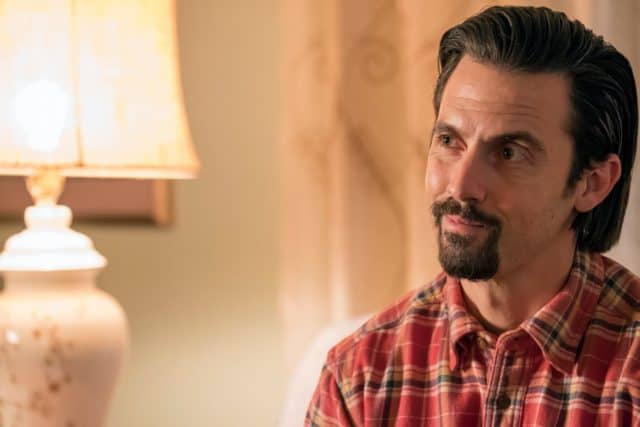 If This Is Us has reminded us of one key fact of life, it is that the most important, memorable moments are the ones you don’t plan. When they happen, they catch you unawares. Yet looking back, the details and the feelings leading up to and after it are forever burned into memory. We know this moment is coming for the Pearson family. We’re getting closer to seeing how Jack Pearson died, and it is with a cruel irony that his death will happen after Super Bowl Sunday, Jack’s favorite time of the year. This is the last time we will see the Pearson family somewhat normal before the devastation hits. So pay attention, because this latest episode didn’t just give hints about Jack’s death in the past timeline, but in the present one as well.

Here is another clue about Jack’s death that might not seem like a huge deal, but is actually so devastating that it has followed Kate for the last 20 years. She hasn’t been able to get a dog since the one she had as a teenager. It brings up too many memories of her dad, and we’ll get the final piece of that puzzle in two weeks. But because she knows it will make Toby happy, Kate goes to the shelter anyway (we see you Lena Waithe). And the rest is love at first sniff. But remember, Kate once told Toby that it was her fault her dad died. If she’s avoided getting a dog because of her father, we may have the final piece already.

Inspired by William (and HGTV) Randall gets a little ahead of himself with the renovations for William’s old apartment building. Since Kevin is avoiding making some of his more difficult 12-step amends (namely Sophie), the Pearson brothers make a day of playing landlords. They are Jack’s sons after all. It works out well, until it doesn’t. Because as a wise woman says, when you’re starting a new business, you utilize your resources. This particular resource being Beth and her years of experience in refurbishing buildings in under-served communities, because she would have told Randall to slow down before he let a bunch of cockroaches loose in the building. If Beth and Randall want to be Jack and Rebecca 2.0, which they were already close to, even before this move into remodeling, then they have to work as a team.

The cockroaches ruin Kevin’s plan of avoidance. Kevin is finally able to make amends with Sophie, which she accepts. The problem is that it doesn’t necessarily mean they should try to be together. Time will tell if they belong together, or if they should keep their magic in the past. Right now, the focus needs to be on Kevin’s health. That’s harder than he is letting anyone see. While he can apologize to Sophie, open up to his family, and even get his father’s necklace back from his one-night stand, there is one person he can’t make amends to – Jack. And here’s why.

On the last day of Jack’s life, the Pearson’s have no idea this will be their last Super Bowl Sunday together. Jack and Rebecca just think of this as the last Super Bowl before the kids go off to college. Kevin can’t get over the grief of losing his football scholarship, Randall is excited about spending time with his new girlfriend, and Kate is nervous about her upcoming audition to music school. Suffice it to say, the last Pearson Super Bowl Sunday is not the best, mostly because the kids all scatter. But Jack is still Jack. He congratulates Randall on his first love. He records Kate singing so that she can see herself through his eyes. He leaves a note for Kevin telling him his son he loves him and he should apologize. But in his frustration, Kevin takes off to Sophie’s and doesn’t return home that night. Most importantly, we learn that it was an old crock pot which initially starts the fire.

So why detail how Jack and Rebecca got the crock pot from an old neighbor when Rebecca was still pregnant? It goes to the larger theme of the this story. We first see this old man, agonizing over getting rid of the stuff in his basement when he and his wife decide to sell their house. This man, George, gives the crock pot to the nice young couple across the street expecting three babies. He mentions that the knob on the pot takes some fiddling. But because of when we are first introduced to George, we realize that Jack will never be an old man. Kevin and Randall are blown away to know that they will outlive their father, and become old men with long histories and memories. Jack’s time came to an end too soon.

Get Ready. February 4, right after Super Bowl Sunday, stay glued to the screen with a full box of tissues. We will finally know how Jack Pearson dies.

This Is Us prepares for Jack’s upcoming death on Super Bowl Sunday by showing the last day of his life.