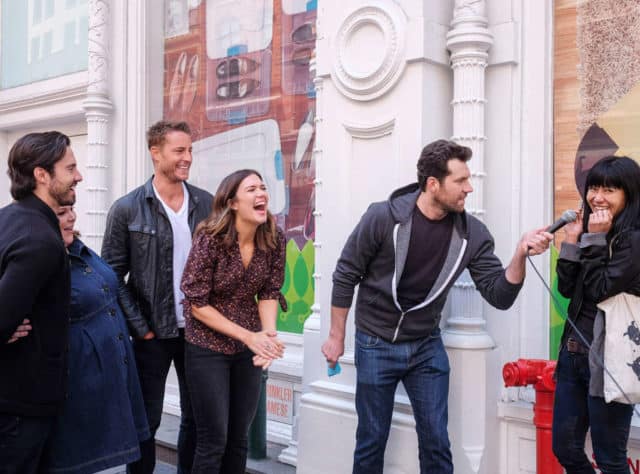 There was a time when Billy on the Street was a little known show on TruTV.  It was at this time the show was most authentic.  The reason is because no one in New York City had a clue who Billy Eichner was so when he’d show up out of nowhere with a camera and go on his insane rants asking them questions it was about as “real” as reality TV gets.   Now that the show has been on for over half a decade it’s hard to keep things new and sometimes it might appear as though the show is more scripted than it used to be.

However, given Billy’s stronger star power he now gets some pretty substantial guests on his show to accompany him around New York so the authenticity of the show can sometimes still be there.  In a recent episode of Billy on the Street, instead of having just one guest, he had the entire cast of a show:  This is Us.

Watch as they go around harassing New Yorkers and getting awfully silly.