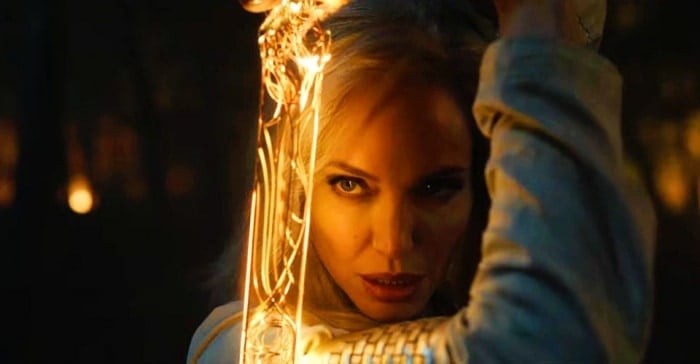 This fight would come down to who’s writing the story simply because there are different versions of each character that carry a lot of power or not enough to defeat one another and in the MCU, it would appear that Thena might have a serious failing when it comes to her mental health. Unfortunately, if this were the MCU versus the DCEU it would likely come down to Wonder Woman taking the W simply because, like many of those that have been introduced in the DCEU, her powers are going to be maximized in a number of ways that would overcome Thena simply because a writer might find the need to make it so. But if both characters were maximized when it came to the use of their various powers and abilities, Thena would have a much greater edge since one has to recall that Thena has the use of cosmic energy and has complete control over her body, meaning that to kill her one would need to disperse her atoms over a wide enough area that she wouldn’t be able to use the regenerative power that allows the Eternals to maintain their immortality.

But the MCU, as it tends to do, has taken this version of Thena and made her susceptible to the ravages of time, not in terms of her body, but of her mind, since during The Eternals movie it was seen that Thena continued to remember her past lives when the others could not. This means that she was tormented by the fact that she and the others had seen worlds die over and over during their service to the Celestials. There was a reason her memories had to be wiped, even if it didn’t work all the time, as Thena became the most unstable among them. This would no doubt be a powerful tool that Wonder Woman might be able to use to her advantage somehow, but if Thena was in her right mind, the fight would not be a short one, nor would Wonder Woman be likely to walk away from that easily.

If anything, Diana might not walk away at all if Thena was at her best and fully in control of her actions, since the powerful Eternal is far more capable in battle and, if we’re going to bend and break things a little, Thena is the reason, at least in the MCU, that people believe in the Greek goddess Athena, who is mightier than Wonder Woman in DC comics. Yes, it’s a stretch, but the Eternals have been around a lot longer, according to backstories, as they’ve traversed the cosmos at the behest of the Celestials, and for all that’s known Wonder Woman is an earthbound hero, whereas Thena has been around and seen a bit more, as her mental condition would attest to. Is this an advantage? It might be if she’s capable of putting together the vast experience that she’s gained over the long course of her life without folding like a piece of paper, but in terms of being stronger, quicker, and deadlier with their weapons, this fight is close enough to call a draw since both women are born warriors, and are fully capable of matching each other in a number of ways.

Giving the edge to Wonder Woman isn’t entirely easy, but it can be done thanks to what the MCU has done to Thena, along with many other characters, when it comes to altering her persona just enough to make her appear vulnerable in some way. But this is a character that has control over her every molecule, meaning that any damage Diana does is going to heal quickly and continue to attack. Plus, the fact that Thena can affect matter in a similar way to Sersi is a big disadvantage for Wonder Woman, since her weapons are all material things, whereas Thena can conjure weapons from virtually nothing using the cosmic power she has control over. This isn’t bound to be an easy fight in any way, since both women are insanely quick, tough, skilled, and have fought enemies that have tested them time and again. But this fight really comes down to the person who is writing the story and whether DC or Marvel would hold sway over how things are going to be told.

The fact is that there are reasons why Thena would win, and why Wonder Woman would win, and it’s tough to argue against any of them without showing a clear bias. Being more of a Marvel fan I would pull for Thena since her matter manipulation powers and her martial skill could possibly trump Wonder Woman just slightly, though, in all fairness, Diana isn’t just going to stand still and let her weapons be reduced to atoms. This would be a furious fight to the finish, and it would be experience and adaptability that might win the fight for either combatant.