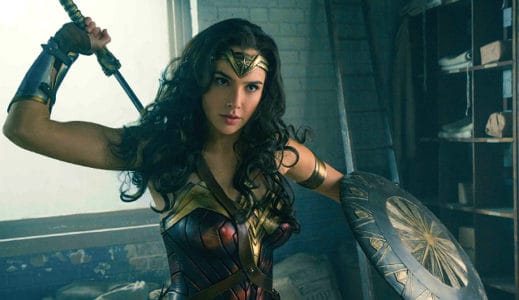 Unless you’re a loyal Zack Snyder fan, the early days of the DCEU may hold a complicated place inside your heart. Believe it or not, the Sucker Punch director has a knack for captivating his most loyal fans – of which there are many – also one for alienating those who are not on board with his violent, nihilistic vision of humanity through a superhero genre that he fundamentally fails to understand. As a senior in high school when 300 came out in 2007, I carried that perceived Snyder fandom for years before realizing there were problems.

Man of Steel was passable fun for a casual fan whose literacy on the subject begins with Christopher Reeve and ends with Brandon Routh and reality’s Homelander, Dean Cain. The years after its release were marred with Warner Brothers’ arrogance, Snyder’s monochromatic aesthetic and shoddy story-telling met with a disorganized mess of creators, studio heads, and other powerful voices with separate visions collaborating on projects less akin Avengers: Endgame and more like Sean Connery’s The League of Extraordinary Gentleman.

Not all of this is Snyder’s fault. He has a style that, love it or hate it, resonates with millions around the world. The DCEU’s problem was always Warner Brothers turning a one-off Superman movie into the start of a rush-job that never had a chance to take the MCU’s route to greatness. Yes, it tried to connect the pieces loosely, but it rarely felt as well-connected as Marvel’s movies. Add to that the fact that the movie tried to do the equivalent of the MCU going from the first Iron Man to Civil War, and the cracks became even bigger.

Batman vs. Superman had all the makings of a memorable movie. After all, if Marvel could anchor in its universe with Iron Man, Thor, and Captain America, DC was playing with house money. Man of Steel was reviled by some, loved by others, and just popular enough to warrant some hype. With Ben Affleck coming on board right as his own star reached its peak, there was plenty to be excited about. In the end, Affleck was, in my opinion, a great Batman, Cavill did his thing as Superman, and even Jesse Eisenberg’s reviled take on Lex Luthor had a charm to it. However, if Marvel is guilty of needlessly mapping out every project to meet the overarching picture, DC did so without much of a plan to begin with. While this started as a hindrance, it may have become their saving grace once they aligned it cohesively incohesive vison.

Snyder’s approach may have worked in more refined hands, the problem with the early DC Universe was it didn’t know the endgame. Much like the recent Star Wars trilogy, every movie tried to connect to the last one, even if the tone and style made minimal sense. Add to that the constant studio interference on Snyder’s Justice League, a fair defense for the mercurial director, as well as David Ayer’s maligned Suicide Squad, and Warner Brothers was foisted by their own petard.

After Justice League, however, DC made the smart decision. After a cringeworthy attempt at cross-promotion in the otherwise self-contained Wonder Woman, DC stopped caring about an overarching story like the marvel universe and did its own thing. While Aquaman felt in line with aspects of The Justice League, it also worked as its own movie. Shazam, which features a not-quite-Superman cameo, was less Snyderverse and more akin to the types of superhero movies we got before the MCU. Cathy Yan’s Birds of Prey, which still suffered from similar drawbacks, showed that DC movies could both appease comic book fans and boast an R-Rating without constant winks at the camera, felt like a spiritual successor to both while doing its own thing altogether. While Joker was an Oscar-nominated film, it sold itself as the anti-superhero movie despite finishing with one of the most prevalent scenes in comic book history.

While The Suicide Squad was a box office disappointment, it may have been the comic book movie that felt most like it came out of a comic book. Yes, Harley Quinn had two other adventures in this universe. Still, the version in this film feels less like a continuation and more like a different artist’s rendering of a similar conceit. It interweaves the Snyderverse with Ayer’s studio-hijacked film and gives it a healthy dose of Birds of Prey’s own self-contained madness. If the Marvel vision operates as a comic book event, the DC universe operates more like a comic publication. We do not need Margot Robbie‘s Harley Quinn to exist in a cohesive timeline. We need her to make sense within the story.

Presumably, Marvel opened up the Multiverse to allow for self-contained adventures such as these. Even if they ultimately lead back to the next Endgame or Civil War, the universe is at its best when it allows the individual properties to take on their own identity. In that regard, the DC has it beat for now.

The DC Universe corrected course by covering it up completely. Whether they try to tie up the loose ends of the Snyderverse or keep going with what works, their willingness to stop treating the overall universe as sacred text allows new writers, directors, actors, and crewmembers to approach each project, not as one episode in a larger series, but a potential standout in a universe that values creativity over intricate plotting and includes an unspoken multiverse that doesn’t need two television series and countless movies to exist.

The MCU is just one path to success in the superhero genre. Yes, the DCEU has failed to live up to financial expectations. Yes, even the best DC movies pail compared to the spectacle of Endgame or Ragnarok. However, comic book adaptations go back as long as both mediums existed on the same plane. Superman, Batman, Wonder Woman, Shazam, and Harley Quinn didn’t get here on one story. Instead, they all had origins that webbed into a creative multiverse that didn’t need some central theme or villain. If Warner Brothers keep it up, they may finally shake themselves from the pitfalls of the early films. After all, the best way to recreate the MCU’s success is by starting one’s own unique vision for comic movies and letting that create something entirely new.